Valkyrie is a Bonkers Sci-Fi Concept Straight Out of Akira 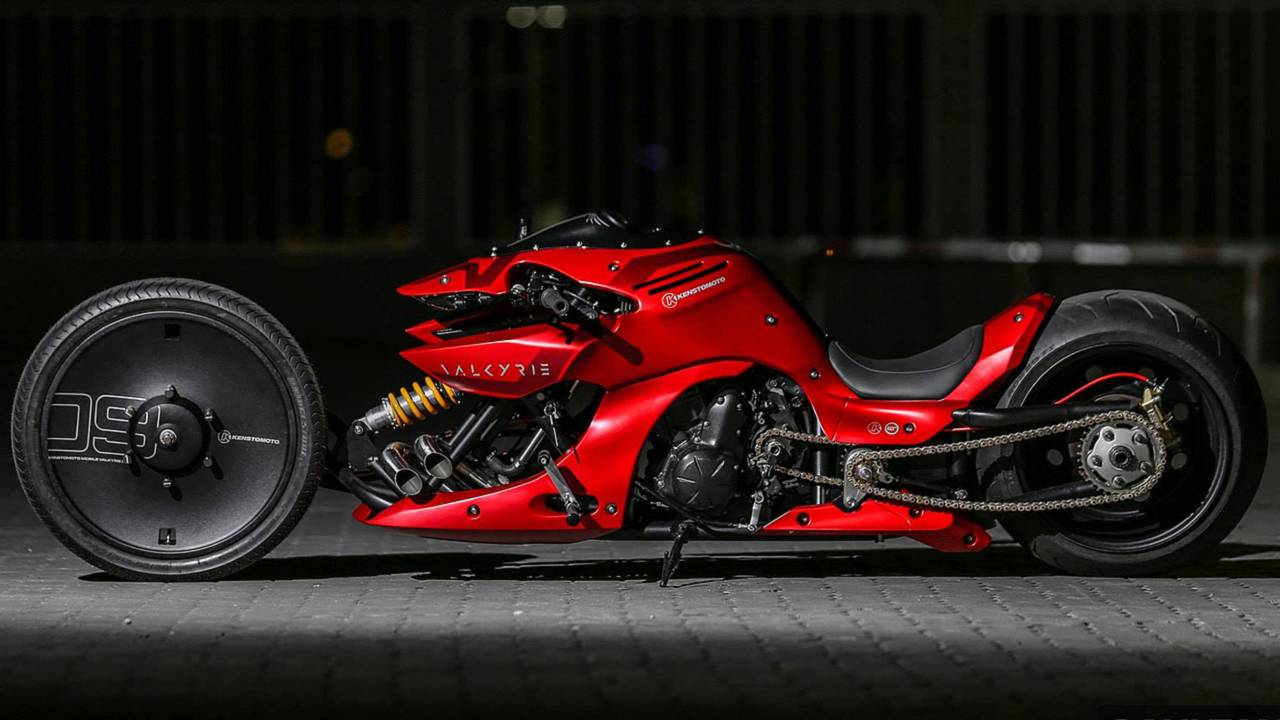 Malaysian design shop Kensmoto has introduced its take on was the future of biking could look like with an aggressive-looking custom, the Valkyrie.

This Valkyrie can take us to Valhalla any time

This isn't the Valkyrie Honda has made popular with its flat-six engine—this Valkyrie is an entirely different beast that has neither the looks nor the firepower of Honda's oversized cruiser. The custom built takes a futuristic look at riding, and we're not entirely against this vision of the future.

The bike is a creation of Malaysian designer Kenny Yeoh for Kenstomoto custom shop. It made its official debut at 2018's Art of Speed and, wow, what a debut. Though you very obviously recognize a motorcycle, the silhouette has nothing in common with anything currently on the market.

Instead of sitting high up above the wheels, the rider is positioned right in the middle of the massive 21-inch front slim wheel and the fat rear tire, giving the Valkyrie a stretched out look. To get the desired stance, Yeoh went with a nonoshock-sprung, single-sided swingarm for the front suspension. Steering is cable actuated, and the skinny front tire is mounted to a custom machined wheel milled from a blank to Yeoh's exacting specifications. The rear wheel is hard-mounted to the frame, which can't do much for the bike's ride quality.

The handlebar is pushed forward with the nose of the bike, however, the foot pegs are positioned in such a way that you will be sitting straight with your arms outstretched to reach the handlebar. The fairing is 3D printed—if that's not futuristic enough for you.

As for the engine, the Valkyrie is powered by something we are very familiar with: a 650cc parallel twin found on the Kawasaki  Ninja650R. If you are looking for the exhaust, it exits to the left just behind the rear wheel.

It took Yeoh ten months to build the Valkyrie, and it's still not entirely done. Once the Art of Speed show wrapped up, he took the bike home to perfect it. His plans call for a completely new frame, hydraulic steering, and numerous other details to make the bike safe and rideable. We're going to keep an eye on this, so when we hear more we'll let you know.