Kawasaki Going After Another Record With H2 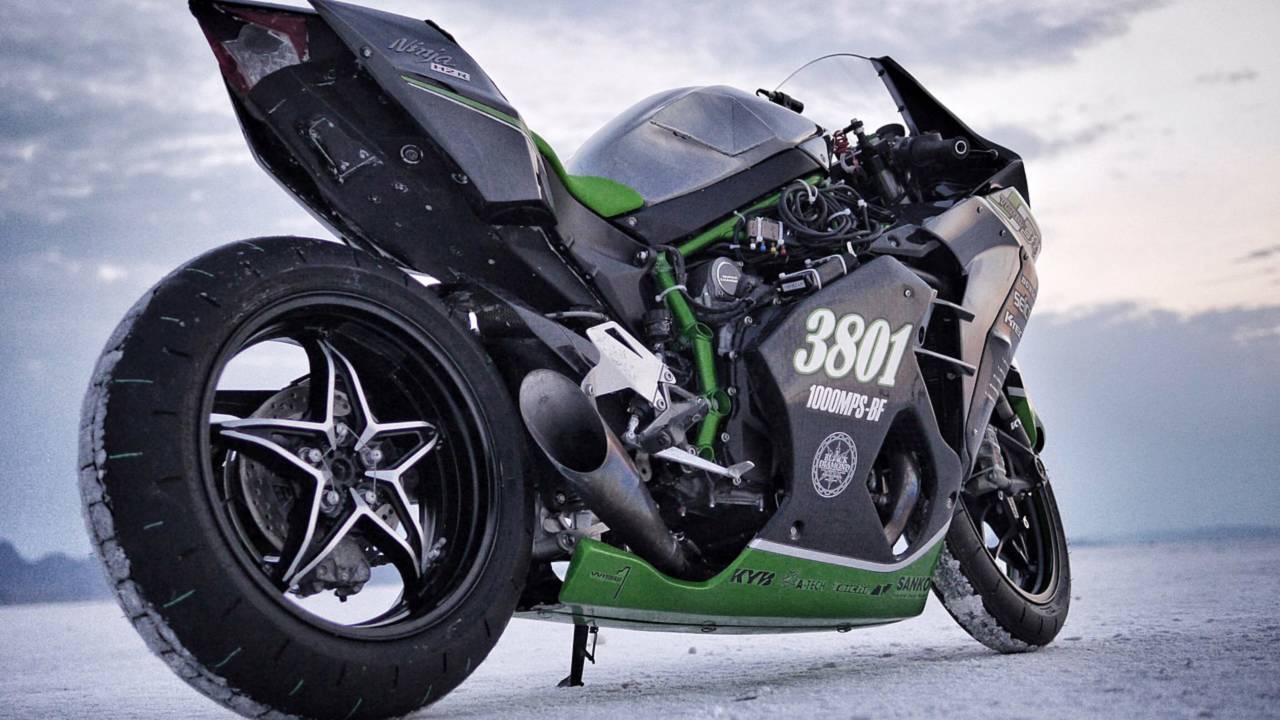 With records, it seems that fast is never enough. Kawasaki is heading to the Bonneville Salt Flats for a second attempt at a world record on the H2.

From August 11th to the 18th, 2018, the Bonneville Salt Flats will welcome speed junkies of all types during the aptly named Speed Week. While a number of records have been set at the famed slat track, for some, super fast is never enough. This year, Kawasaki racing team's black and green livery will be zipping through the valley to try and set a new world record. Which one? We don't know.

The Kawasaki H2 and its track-dedicated sister the H2R are two beasts on two wheels. The "road-friendly" H2—as friendly as this superbike gets on the road—boasts a 200-hp 998cc supercharged inline-4 engine that easily bursts through the 200-mph threshold. This is Kawasaki Team 38's weapon of choice for Speed Week.

This will be the team's second attempt at a world record, the first one from two years ago. The company says it has learned a lot from its first go at the record and Team 38, that combines the strengths of riders, engineers, and bike enthusiasts, is ready to give it another shot. After all, number 38 has a history of setting records: in 1967, Kawasaki Team 38 set 14 AMA speed records at the Salt Flats, a record of the number of records set in a single year.

This year, Kawi is giving the record another shot; the only thing is that we don't know what record the team is going after. The only hints we get is that senior rider Shigeru Yamashita will straddle a specially-prepared H2 and that their slogan for its 2018 run is "#beyondspeed". What is beyond speed? We hope there are unicorns, but we'll know for sure in August.