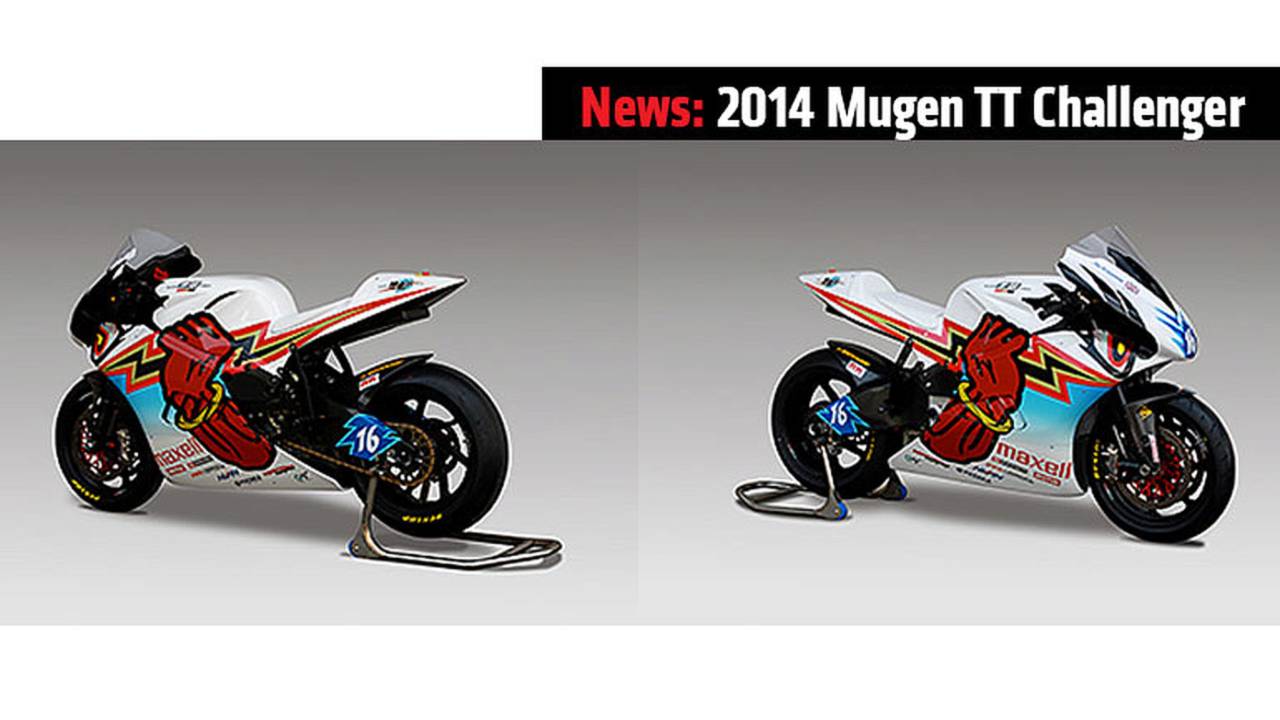 The 2014 Mugen TT Challenger is ready to take on the Isle of Man and attempt to make one of the fastest and quietest runs in history.

This week Team Mugen revealed details of its contender for the Zero Class for this year’s Isle of Man TT races that will be ridden by John McGuiness and Bruce Anstey.

Called the Shinden San, this is the third generation of electric motorcycle that Mugen has developed specifically for the electric class of the TT races this May and June.

The 2014 version retains the carbon fiber chassis of last year’s bike – the Shinden Ni – but has a new electric motor, which has more power. It’s also lighter at around 529 lbs and develops more power with Mugen claiming there is around 134 hp and 220 nm of torque.

Mugen started developing its own electric race motorcycles in 2012 as a way of involving its young Japanese engineers in researching new technologies that could be adopted into motorcycles.  Mugen competed for the first time in the TT’s Zero class in 2012 and finished second and runner-up again last year behind four times Zero champions Motoczysz. With no official entry yet in the Zero Class from Motoczysz for the 2014 TT, this could finally be Mugen’s year at the Isle of Man.

The Mugen Shinden San features a new oil-cooled three-phase brushless motor and the team has designed a new layout for the bike that has increased battery capacity over last year’s entry along with revised aerodynamics and a completely new suspension system.

Having ridden with the team in the previous two years TT Zero events John McGuinness, considered to be the Isle of Man TT master, will be returning with Team Mugen along with the highly experienced Bruce Anstey, a nine-times TT winner.