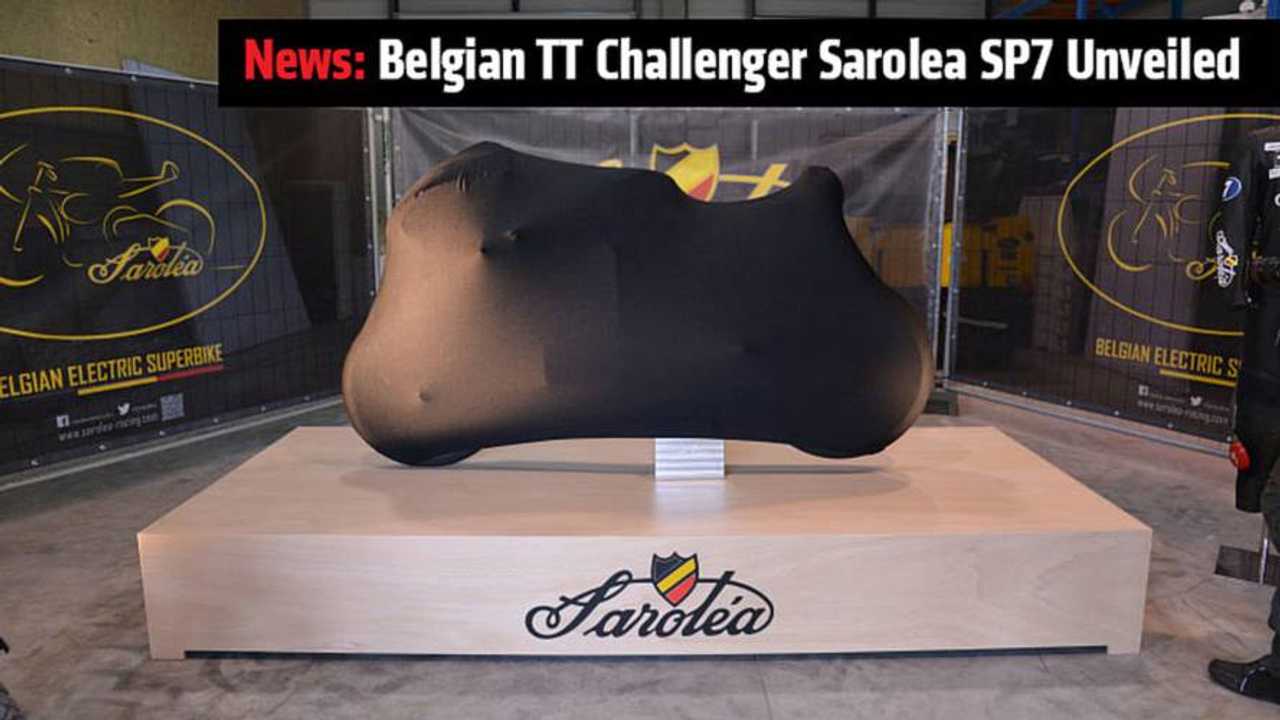 One of the oldest names in European motorcycling - Sarolea – is back after a 50 year absence with the Belgian company unveiling last weekend its electric 2014 Sarolea SP7 that it will take to this year’s Isle of Man TT races.

Established in 1850 as an arms and munitions company in Belgium, Sarolea began making bicycles at the end of the 19th century before moving into motorcycle production. It became well known for making small capacity, light bikes and in 1952 one of its bikes, ridden by Victor Leloup, won the FIM European Motocross Championship. In 1963, the Sarolea name disappeared altogether after being merged with Gillet Motorcycles.

However a small Belgian consortium has resurrected Sarolea and is bringing the brand back to life beginning with the electric SP7, which will compete in this year’s Zero class of the Isle Man TT races.

At the weekend, Sarolea unveiled the all-carbon fiber SP7 and announced that Scotsman Robert Wilson has been signed to race the bike in the TT’s Zero Challenge class.

Wilson, who managed a 120mph lap on his debut year of the TT in 2011, will be up against Team Mugen that has already confirmed its TT Zero Class entry with its Shinden San electric motorcycle. The Mugen bike weighs in at 529lbs and has a 100 Kw (134hp) motor and will be raced by TT regulars John McGuiness and Bruce Anstey.

The Sarolea entry could bring a new dimension to the Zero class as, according to the company, the SP7 weighs in at 440lbs, the 130 kW axial flux motor develops 180 hp and produces around 295 lb ft of torque. Sarolea also claims the SP7 has a top speed of 155mph and can accelerate 0-60 in under 2.8 seconds.

However, Sarolea says it will treat its debut year at the Isle of Man TT, held this year from May 24 – June 6, as a learning exercise to help the company gather data to further develop the SP7.