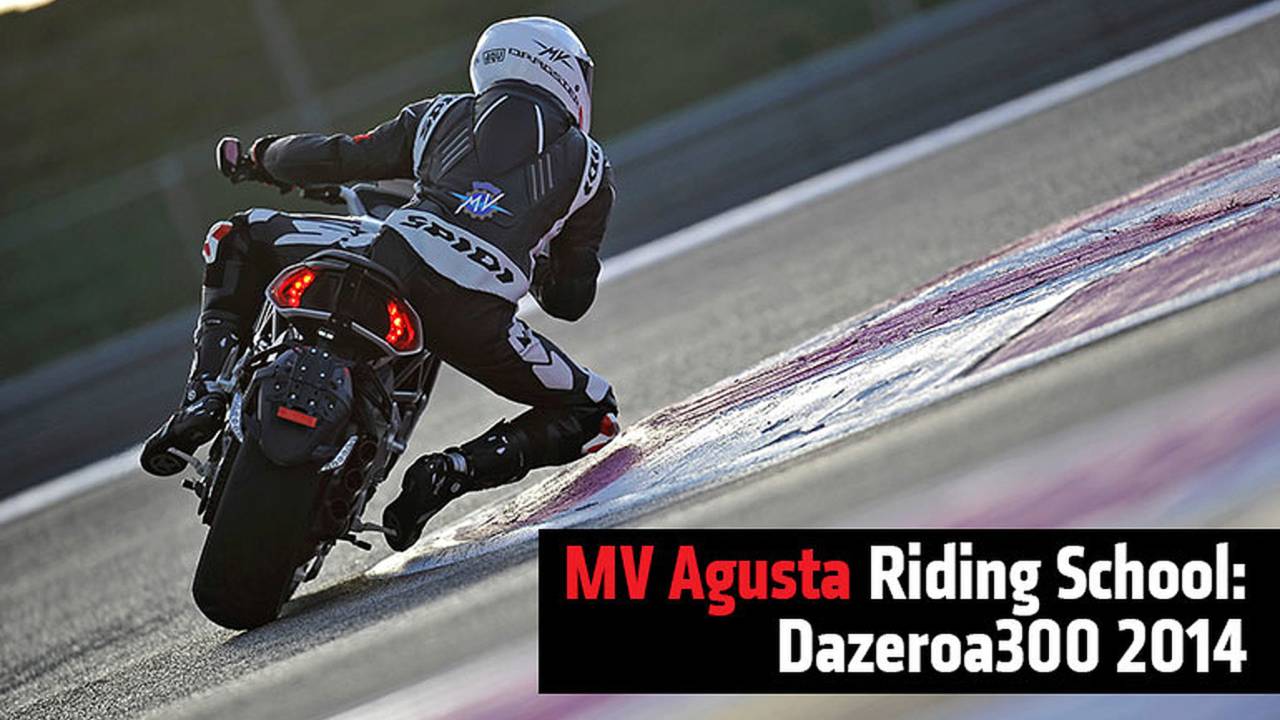 How does this sound to you: Ride the latest MV Agusta bikes on a celebrated Italian race track, while receiving instruction from a team of Italian racing legends? Throw in a special visit from Noriyuki Haga, the Japanese motorcycling icon, and you've got a truly memorable experience in store at Dazeroa300's MV Agusta Riding School.

Marco Lucchinelli is the head instructor for the school. He was World Champion in FIM 500cc Grand Prix racing in 1981, and earned the nickname "Crazy Horse" during his riding career, during which he campaigned aboard Yamaha, Suzuki, Honda and Cagiva motorcycles. Since his retirement in 1985, he spent some time competing in auto racing, did a little jail time for a drug offense, cleaned up his act and worked as a television commentator for Eurosport's motorcycle race team.

The Base Course, intended for beginners, is a one-day event priced at 350.00 Euro (about US$480), and includes the use of an MV Agusta Brutale. The Master Course is conducted on your own motorcycle. It is also a one-day event, and is priced at 450.00 Euro (about US$617). Classes are presented approximately once per month, and are currently scheduled through September. Here's the calendar for the season:

More information is available at http://www.dazeroa300.com