The Loneliness Of An Empty Garage. 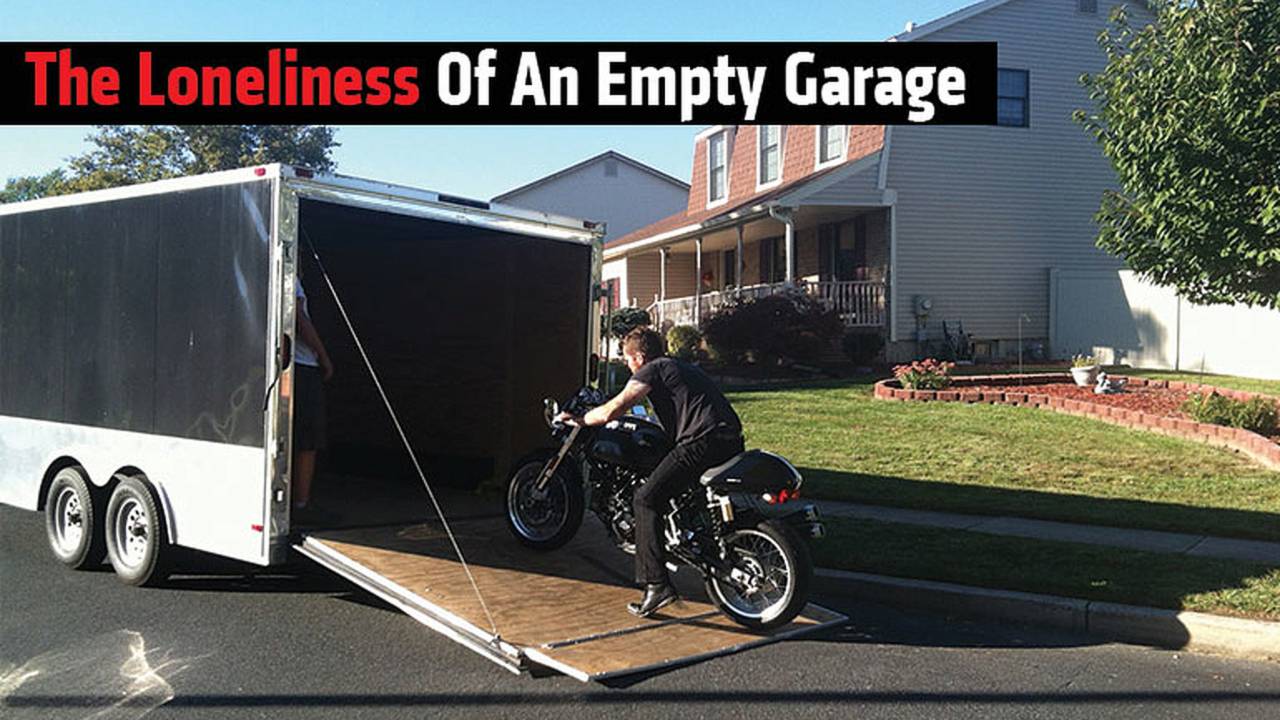 It's never easy to let your bikes go but when you flick on the light to an empty garage after they are all gone, what emotions do you feel?

The love affair ended on a swampy summer night last year, as I pushed her home, mile after mile, sweating in the dark.

My 2006 Ducati Sport 1000 was definitely all woman, strong and sexy with a seductive voice and hourglass figure but I knew from the moment I mounted her that she wasn’t the bike for me and, of course, I didn't listen to that voice inside my head. I thought, maybe this time things would be different.  Maybe this would be the bike for me.

But I tried and I tried to keep the relationship going, through thick and thin, I thought, but when those clamps busted off the fuel pump around 2 AM and she coasted to a halt, I knew that it was over. More money, I thought, more hassle hauling it to the dealership 50 miles away, more smartasses telling me “Hey, you knew they were high maintenance.”

“Bike troubles?” at least three cops asked me on that death march home.

I had troubles even before I owned the Ducati with a rusty, grime-choked 1971 Honda CB750 that was never able to give me more than a few miles. They were good miles, though, looking back on it. The Honda was a comfortable cruiser for a guy who wasn’t yet 30, but very-much settled into middle aged, mentally.  But I always knew I wanted something more, something exotic.

I searched the web looking for that right bike and lo, that first ad for the Ducati Sport Classics was like hitting puberty all over again, a tingling of all my senses and, of course, my senses ran past my brain and right to the bank. I dropped a $5,000 deposit without ever riding a sportbike, let alone this kind of café racer torture rack and I sold the Honda to a Japanese bike collector.

I fooled myself for years, through white-knuckled wobbles and minor embarrassments at red lights, a collection of little, torquey moments that made me feel inadequate. She turned heads and got compliments everywhere and somehow that made it worse. When things got bad my thoughts drifted to my old Honda.  Did I miss her?

My dealer, when I called about the pump just repeated his same mantra of “bring it in” and ironically, I wound up fixing it myself, draining and removing the tank and replacing some clamps for about $10 thanks to a great YouTube video I found. It was my proudest moment in motorcycle maintenance, I was satisfied, I was proud of myself, I did it, I thought, I fixed it.

I then promptly put her up for sale on eBay.

I sold the bike in September to a guy who’d been seduced like me and wanted something exotic to compliment his Triumph Bonneville. I planned to put a deposit on a new Honda CB1100, upright and relaxed like my old brown bomber, a motorcycle that could take me away for days on end without a chiropractor.  Maybe I’d call her Marge instead of Sophia Loren.  Something less exotic.

Best intentions, though. Now I own nothing and the last time I rode a motorcycle, I crashed my son’s Honda CRF 50 and gouged a hole in my shin trying to avoid hitting my dog.  I don’t even know what I did with the money. Christmas presents maybe, paying off the credit card I used to buy my Termignoni slip-ons?

Now I have an empty garage and I’m that much closer to 40. A few weeks ago, I was getting pizza with my family and heard that unmistakable sound, like a World War I fighter plane rumbling down the runway.

“God damn,” I said out loud, still struck by her rare beauty.