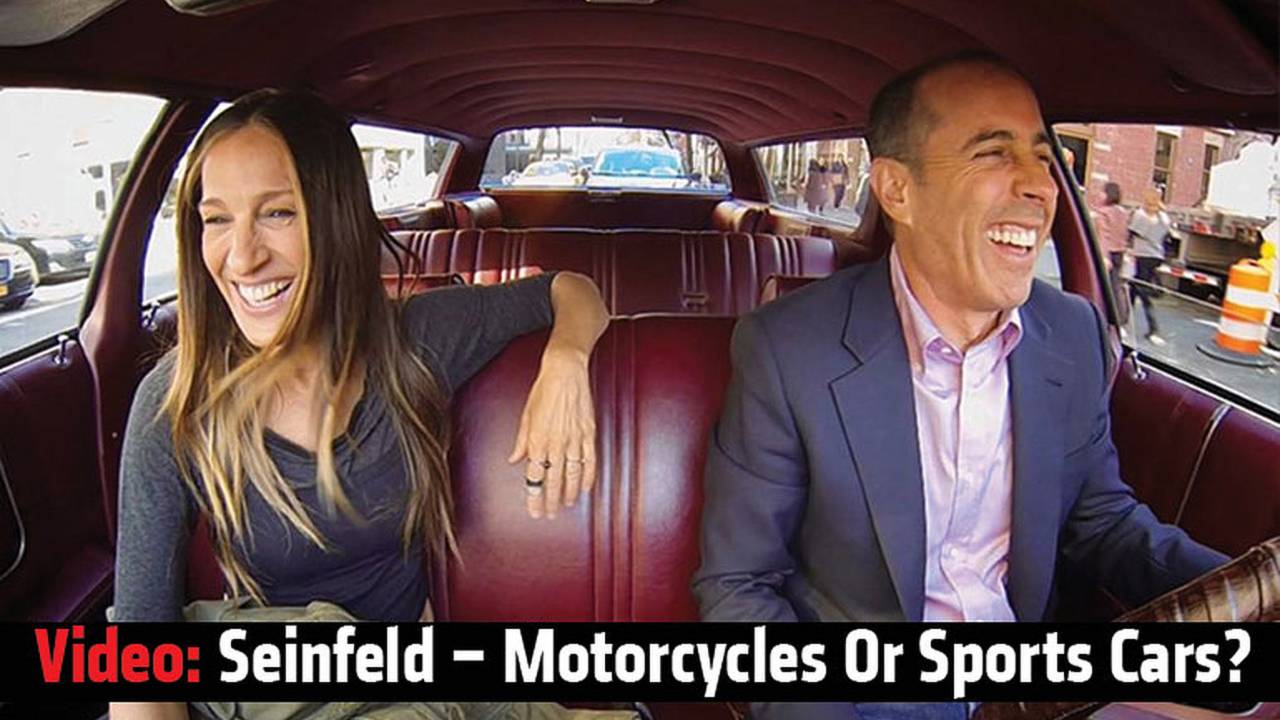 Seinfeld talks about his teenage years where he obsessively worried about whether he would grow up as either a 'motorcycle guy' or 'sports car guy'.

Comedians in Cars Getting Coffee, is a tongue-in-cheek interview show, hosted, produced and directed by Jerry Seinfeld. On the show, Talking Funny, Seinfeld told his colleagues he desired to be a comedian, simply to hang out with comedians. He enjoyed talking and being in the presence of funny people, so he simply made a show doing just that. Cheesy at times, Jerry pokes fun at cars, entertainment, himself and his show. Minus the ridiculous amount of times the cameraman and camera trucks are in the shot, the show is entertaining listening to talented people talk candidly with Jerry.

Seinfeld is a notorious Porsche fanatic, so why are we talking about him here on RideApart? In recent episode with actress Sarah Jessica Parker, "A Little Hyper-Aware", Seinfeld and Parker are driving in a 1975 Ford LTD Country Squire, ambling along and chatting away.

At around the 7:50 mark, Seinfeld talks about his teenage years where he obsessively worried about whether he would grow up as either a 'motorcycle guy' or 'sports car guy' believing there was no way to be both. "I've got to decide what I am and who I am and that will determine how I get around," said Seinfeld.

He then relays a story of working in his father's shop, where one of the mechanics rode a motorcycle to work every single day. During a bad rain storm, an adolescent Seinfeld asked the mechanic if he wished he had a car. The mechanic responds, "No, I just wish it wasn't raining." We think a perfect response.

So, we've got to ask (even though we know the answer), do you think you can be only a 'motorcycle guy' or only 'sports car guy'?  How many of you own both bikes and sports cars and which do you like, less or just way different?

Seinfeld's childhood decision isn't that far off of today's motorcycle-culture landscape. With the invention of forums and niche media, it seems everyone is a certain type of gear head or another, not just simply a gear head. Do you think you have to be a car guy or motorcycle guy only, or can you be both? Is it so wrong to just enjoy everything mechanical? Comment below.