The biggest Buell race team in the world 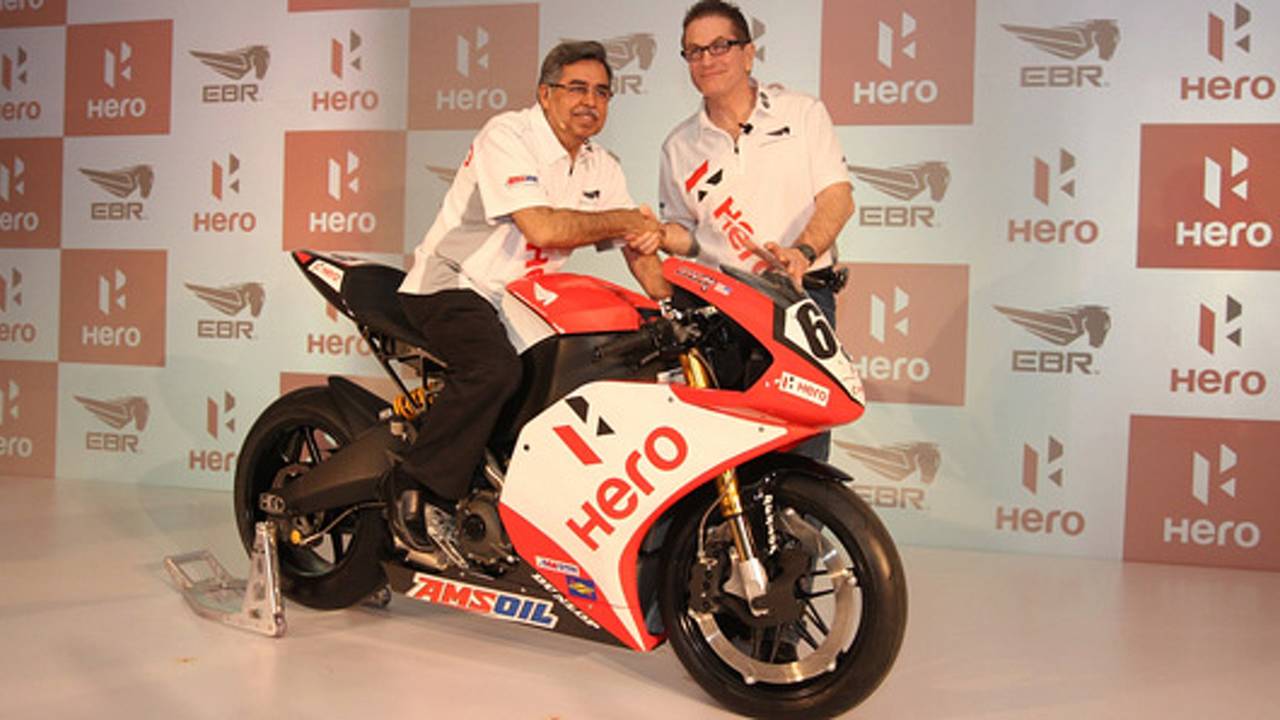 Look only at the results, and it’s be easy to assume that Pegasus Race Team is a big operation. Campaigning 1190RRs, 1125Rs and XB12s in the German Sound of Thunder and BEARS series, the team wins. A lot, including the Sound of Thunder championship this year on a bike no one else is racing, the EBR 1190RR. But that success belies a tiny operation; just a dozen or so volunteers. I just spent four...

Look only at the results, and it’s be easy to assume that Pegasus Race Team is a big operation. Campaigning 1190RRs, 1125Rs and XB12s in the German Sound of Thunder and BEARS series, the team wins. A lot, including the Sound of Thunder championship this year on a bike no one else is racing, the EBR 1190RR. But that success belies a tiny operation; just a dozen or so volunteers. I just spent four days with the team at its home track of Oschersleben in East Germany.

I started talking to Pegasus when we ran the article on its experimental 1125R, a bike that’s now been converted into a track taxi. A week later I took the team owner, Thomas Wanner, out for a beer and a week after that I was in Germany.

Thomas, Jens his crewchief, Harald the 1190RR racer (and the scary guy in the above photo), Robin, Manni, Christian and all the other guy don’t race Buells because there’s a lot of money in it, they race them because they believe in Erik’s vision. Robin, the XB12 racer, just wrote, “Last weekend was the greatest of my life. 2 podiums at Oschersleben and 3rd in the overall ranking, with the creator in person watching,” on Erik Buell’s Facebook wall. Erik just flew all the way to Germany to watch his newest bike win its first championship.

While Erik is frustrated with an even smaller budget and an even smaller and less experienced team here in America, Pegasus is racking up victories and furthering race knowledge and development of Erik’s bikes in Germany. You only have to look at the bike’s they’re riding for evidence of that: parts like carbon monocoque intake funnels that feed pressurized air into the airbox while simultaneously supporting the front fairing, instruments and reservoirs and one-piece carbon airbox covers, seat units and rear subframes abound. Riding a stock XB12R I was called a “roadblock” by a Pegasus parts-equipped Thomas, a roadblock dragging the pegs and exhaust and trying pretty damn hard to keep up.

It’s not until you ride one of the team’s race bikes that you truly understand what they’re doing. Lapping Manni’s 1125R race bike was a revelation, it’s what every version of Erik’s controversial water-cooled bike should have been. Where the stock bike is imprecise; won’t hold a line; has flat, uninspiring power; and just plain doesn’t feel at home on a race track, Manni’s race bike is one of the better track bikes I’ve ever ridden. Careful modifications to the suspension and some basic motor work have created a bike that steers precisely, holds its line even when you bounce your knee or a peg on the track a little too hard and let’s you put the now impressive power down with confidence. Where the stock bike just sort of mildly accelerates, Manni’s easily wheelies off the throttle when you’re just trying to drive out of a corner. Combine that with the roomy cockpit that actually makes moving my 6’ 2” frame around the bike easy, the outstandingly sensitive brakes and the comfortable ergonomics and you can see where Erik was going with this whole Adam West Batbike thing all along.

The big question for Pegasus seems to be: where to go from here? Right now they’re winning some races and building some cool bikes, all in their spare time. The next logical step would be to campaign the 1190RR in the German IDM superbike series, but that’s serious, international-level racing where a single ECU with the traction and wheelie control capabilities they need could set them back €180,000, nearly as much as they spend on a full, multi-bike season now. Without a major company to contribute to the IDM manufacturer’s pool and provide six figure sponsorship, they just don’t know where they could find the money to race Buells at that level. But, if anyone can figure out how to keep winning races on Americans sportsbikes, it’s these Germans.