You know it's bad when MSP is dunking on you.

Would you rather ride a bike that accelerated from 0-100mph in 9.7 seconds or one that takes nearly half a minute? The Michigan State Police know the answer to that question. Last month they performed comprehensive, independent performance testing on four potential police bikes: The BMW R1200RTP, Kawasaki Concours 14, the Harley Road King, and the Harley Electra Glide. Guess which two bikes lost?

DOIN' MY JOB ON THE HIGHWAY PATROL 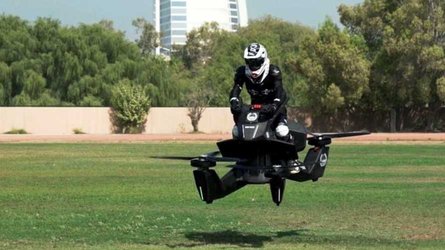 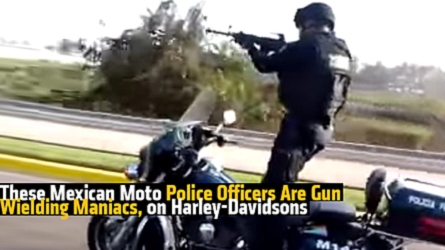 In order to provide accountability to taxpayers for its purchases and provide its officers with the best possible equipment, the Michigan State Police conducts yearly performance evaluations of new police models. While most of the testing focuses on cars, reflecting the sheer numbers of four wheelers versus two in the department (Jalopnik covered the police car testing), performance testing on the motorcycles includes everything from acceleration and braking times and forces to outright lap speeds around a road course.

In an interesting twist over normal performance figures, the performance evaluations are conducted by real-world police officers, the same ones that will have to use these bikes in the wild, not tame racers. While that means they achieve somewhat lower numbers than would otherwise be recorded, it does give these tests a welcome dose of real-world rider ability; if a bike is exceptionally difficult to use, it will suffer here and vice versa, an easy-to-use bike will benefit even if its outright performance capability is somewhat lower.

This year, there’s a new competitor in the BMW/Harley police bike continuum: the Kawasakai Concours 14 Police. Equipped with a detuned version of the ZX14’s 1,400cc inline four, the Concours makes 153bhp and 100lb/ft which is enough to motivate its prodigious 661lbs, in our hands, up to an indicated 150mph. The police achieved a somewhat lower number, we can only assume they got scared riding that fast in their open face helmets, jodphurs and button-down shirts (we’re kidding, they had a short track).

The first and probably most immediately telling results are the straight-forward acceleration and top speed numbers. Note that the long wheelbase and low center of gravity on the two Harleys allows them to initially pull ahead away from the line, keeping that advantage up to about 30 or 40mph at which point the BMW and Kawasaki simply start running away from them. Remember the part about ease of use? Harley’s are dead easy to launch. By 60mph the difference is pronounced while, by 100mph, the Kawasaki’s 100lb/ft of torque are starting to give it a huge advantage even over the BMW. Top speeds seem a bit on the low side, we can only assume they were measured using limited distance. 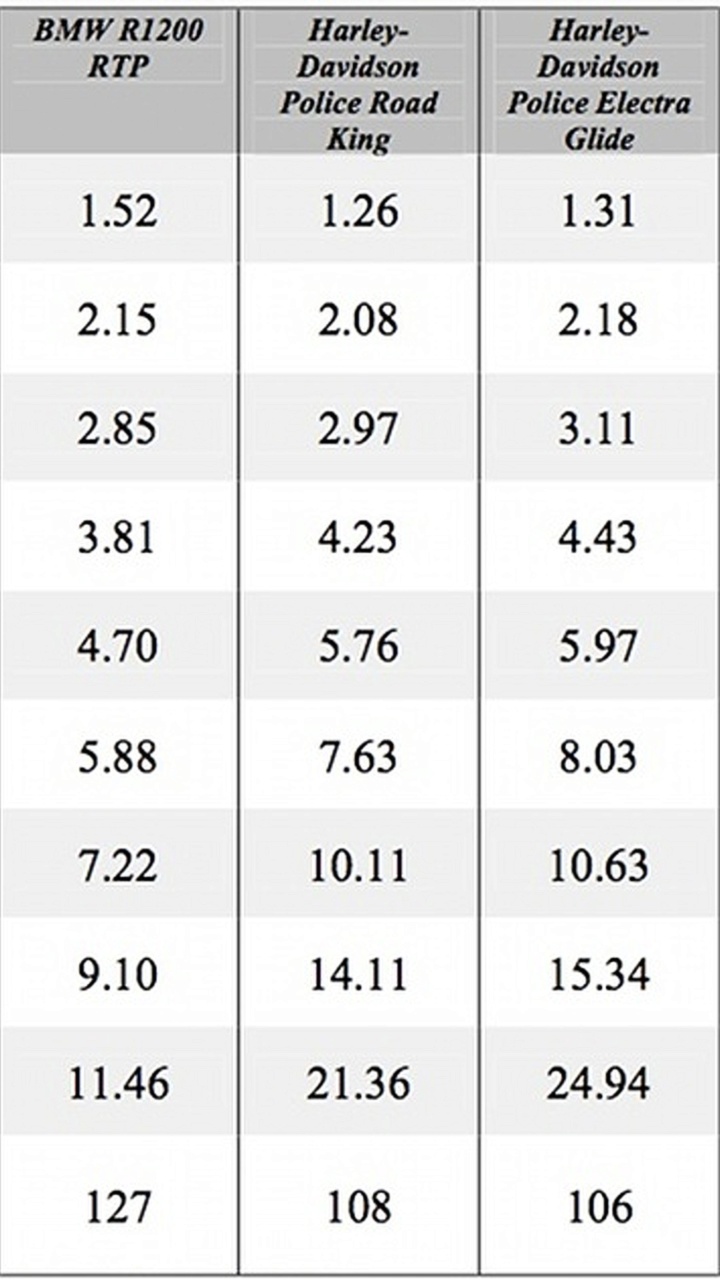 Next up are braking numbers, measured in maximum rate of deceleration and outright braking distances from 60mph. Again, these numbers seem a little conservative likely indicating testing restrictions, but because they’re same day/same riders/same conditions, they do serve as an accurate comparison. At 650lbs, the lightest bike here is the BMW R1200RTP, while the heaviest is the Harley Electra Glide at 864lbs before police equipment. 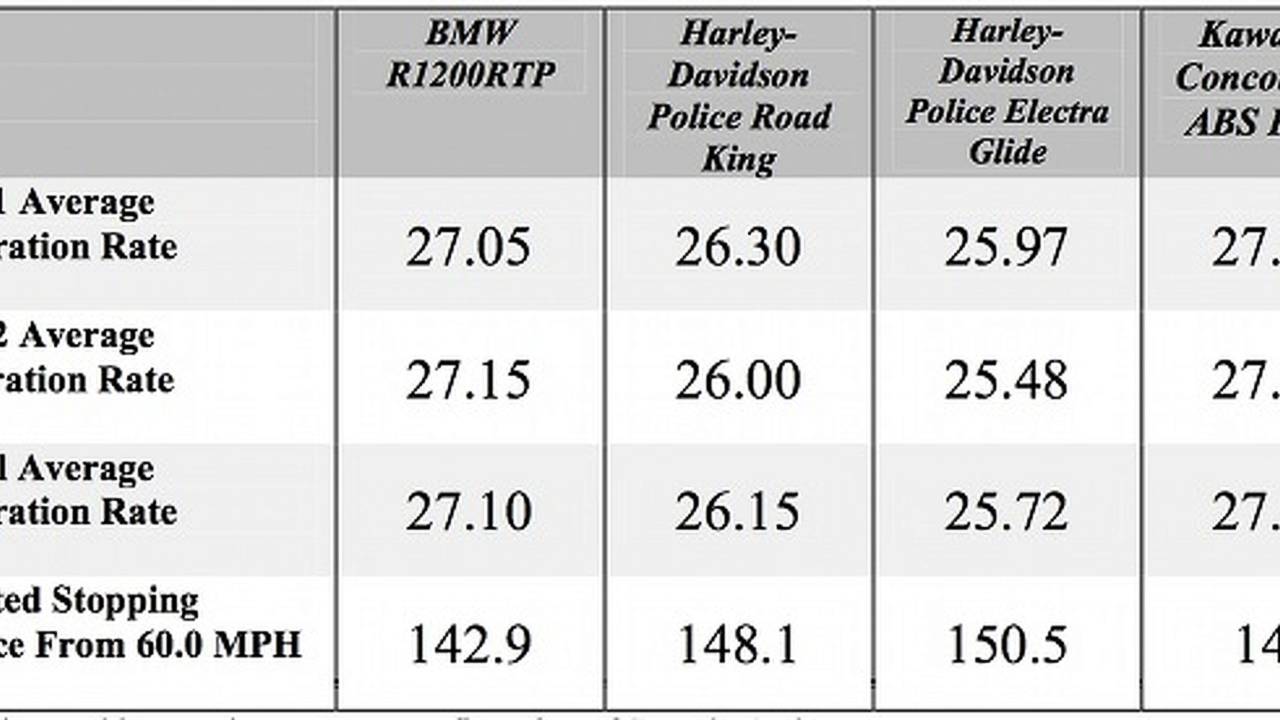 60-0 is sort of an odd measurement of braking ability. Presumably arrived at as the mirror image of the equally outdated 0-60mph ubiquitous performance yardstick, it places rider reaction time and surface conditions, not mechanical performance, as the two largest variables. It just isn’t a good indicator of the ability of a braking system to slow a vehicle down repeatedly from high speed. To give you an idea how odd 60-0 numbers can be, Edmunds measured a Porsche 911 Turbo at a 104-foot stopping distance, while a Cayenne SUV took only five feet more. Which vehicle would you want to be driving if you had to panic brake from 100+?

This last set of numbers, lap times, is probably most illustrative of the performance differences between the four bikes. Measured on Michigan’s Grattan Raceway, a narrow, challenging road course with plenty of elevation change, these times appear to be the total of five laps on the circuit. Note that four different officers rode each bike, then the times for each bike were averaged to remove any rider preference. 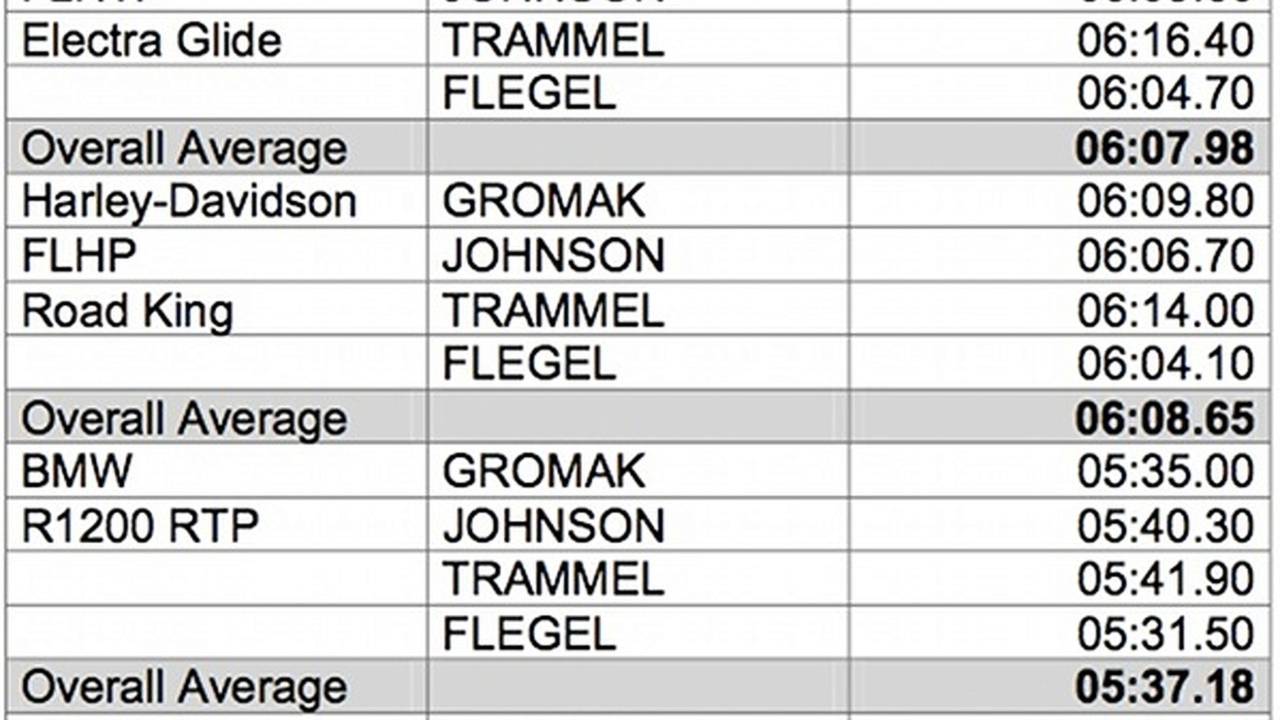 So what’s the takeaway from all this? Well, we all probably already knew that Harleys were slow, but objective, Government testing like this is the first step to putting motorcycle police officers nationwide on safer, better-suited bikes for their dangerous jobs. If objective evaluation like this can convince other police departments to stop being blinded by “patriotic” purchasing and start equipping their officers with the best possible equipment then it might be a first step in forcing Harley-Davidson to stop falling back on its American heritage and actually innovate. Motorcycling in this country would be stronger if they did.