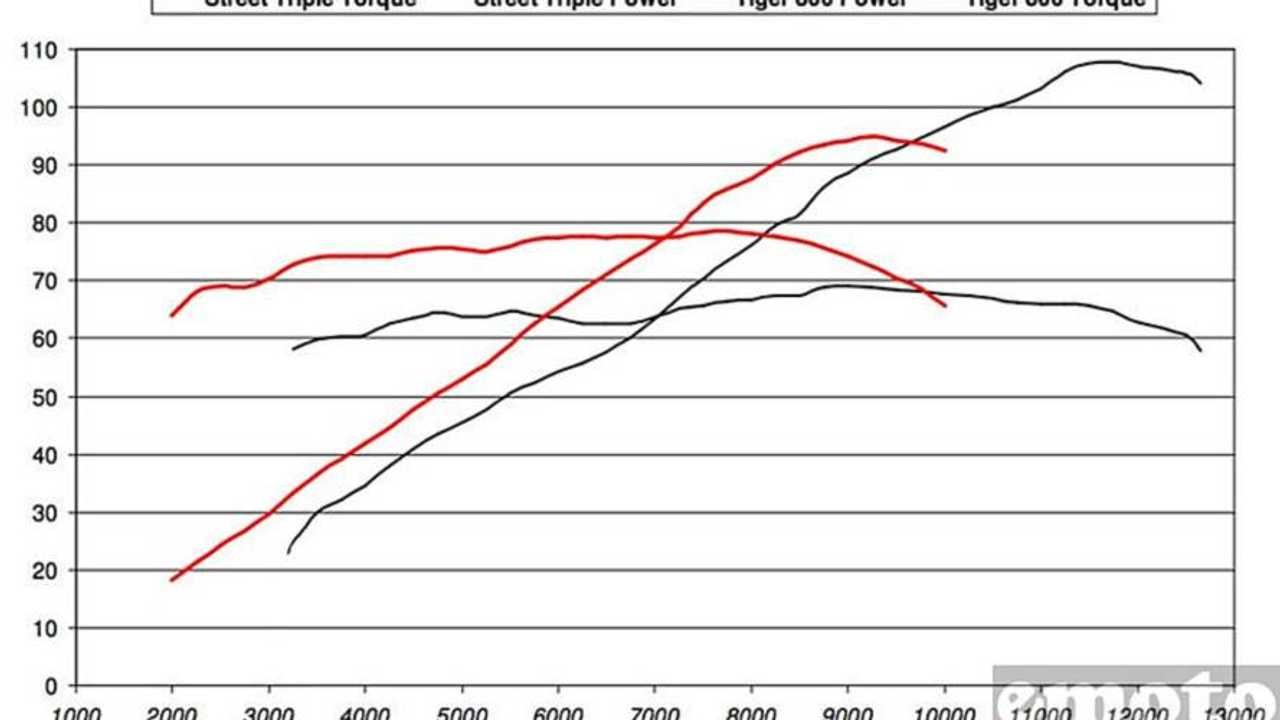 When the Triumph Tiger’s triple went from 675 to 800cc by increasing its stroke, it lost a lot of peak power and only gained a little peak torque. The reason that’s been trotted out is, over the Street Triple donor bike, the curves became much fuller at the expense of impressive peak figures, but until now we’ve been unable to see how full. This is how full.

According to this dyno chart, which appears to have come from an official press information pack published by French site Emoto, the Tiger is already making more torque at 3,000rpm than the Street Triple manages total. That curve retains a huge advantage for the Tiger all the way to the 10,000rpm redline. The power curve, while lacking some loft, is also remarkably without troughs and stronger than Street Triple’s all the way through its rev range as well.

The torque on this chart appears to be listed in Newton Meters while both power and torque appear to have been measured at the crank as is typical practice for manufacturers.

In his Triumph Tiger 800 review, Kevin Ash said the engine felt a bit lackluster compared to that of the Street Triple, but, “it could do with more thrust at low revs, otherwise it’s economical, smooth and makes all the right Triumph triple noises – whistles, growls and snarls.”