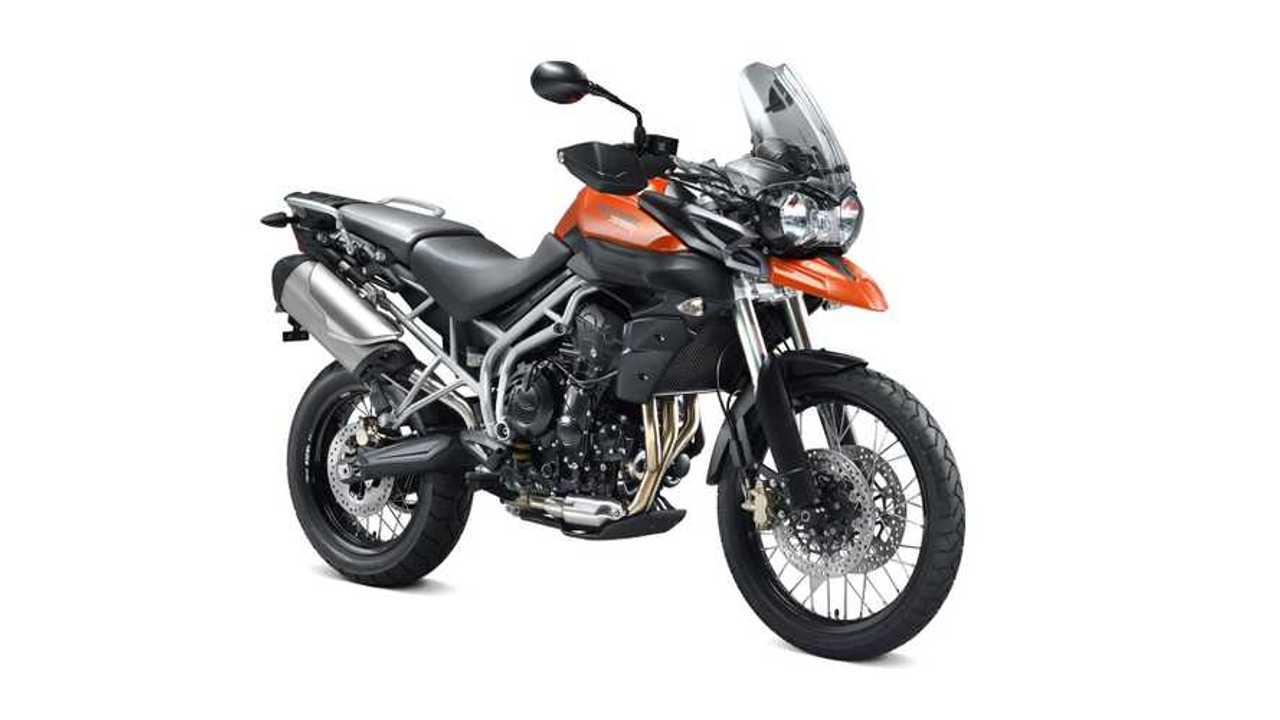 Finally, after all sorts of official “leaks” we’ve got one we don’t have to put in quotes. This is an honest-to-god, gen-u-ine photograph of the the Triumph Tiger 800 and two suspiciously shiny male models. Surprised? Apparently it is; seen those headlights?

So what does this photo show us? Well, not much that we don’t already know, but hey, look, it’s the Triumph Tiger 800 XC in all its professionally retouched glory. Both these bikes do appear to be the XC, with its knobbly tires, 21-inch front wheel and extended front mudguard. You can also spot that model’s disappointingly wimpy bash guard.

In case you’ve been living under a rock for the last several months, there’s going to be two versions of this bike: The Triumph Tiger 800 will be more road oriented with a 19-inch front wheel and non-tubed tires; the Triumph Tiger 800 XC will be more dirt-focused with a 21-inch front, a little more engine protection, spoked wheels and tubed tires.

The Tiger 800 will be powered by a stroked out version of the Triumph Daytona 675’s engine now displacing, as the name suggests, 800cc. Thanks to CARB, we know the weight will be approximately 200kg/440lbs (wet) and that the Tiger 800 should produce a little less power and a little more torque than the Daytona’s 124bhp, 53lb/ft figures; an educated guess would be 10-15 few horses and 10 more lb/ft of torque. Crucially, that’s a little lighter and a little more powerful than the BMW F800GS. The Tiger 800 will also use a steel tube frame, seen here in a resplendent silver.

We’ve also seen “leaked” shots of the Tiger 800’s accessories, which can be seen on the bike in the background in the form of a beefier bash guard and an Arrow exhaust.

Honestly, we’re tired of writing about the new Tiger at this point even though it does appear like it’s going to be an awesome bike.