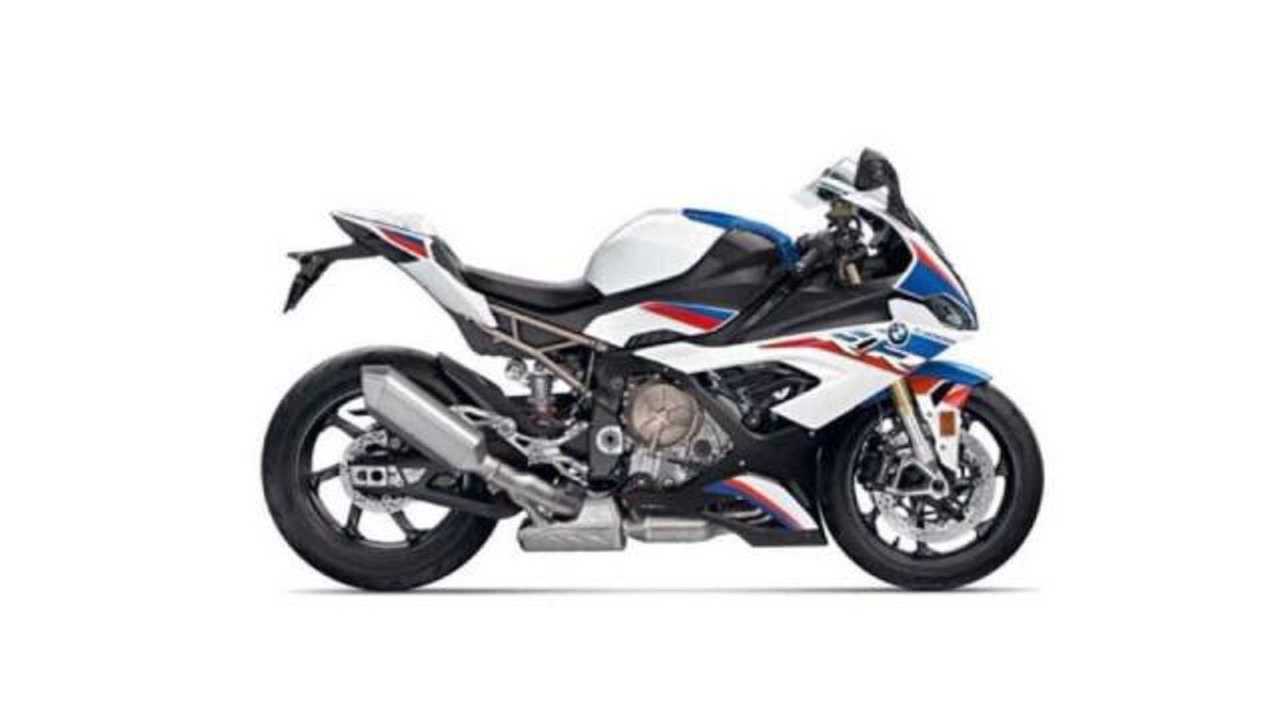 The new Beemer will reportedly have more horsepower and less weight.

Mysteriously, some specifications on the highly anticipated 2019 BMW S1000RR have found their way onto the internet in advance of the official reveal at EICMA 2018. This certainly looks promising.

The leak takes the form of a low-quality image that appears to have been snapped from a brochure. According to this, power will come from a 999cc water/oil cooled inline four-cylinder engine. It will have titanium valves and be equipped with BMW ShiftCam, BMW's variable valve timing system. This engine will produce 207 horsepower at 13,500 RPM, up from 199 in the current model, and 113 Newton-meters (about 83 pound-feet) of torque at 11,000 RPM, the same as the current model.

This bike will weigh 197 kilograms, or about 434 pounds, road ready and fully fueled, down from 459 for the current model. An "M Package" trim level lists its weight as 193.5 kg, about 426 pounds. Its top speed is supposed to be 299 kilometers per hour, about 185 miles per hour. Plenty of technology will back up this power. In addition to anti-lock brakes and four riding modes, the S1000RR will also have Hill Start Control and Shift Assist Pro, which enables clutchless shifting between gears.

Plenty of optional equipment will be available, including BMW M-branded carbon fiber parts, footrests, levers, seat, data logger and lap timer, calibration kit, and even a bike cover. It seems that BMW's M performance brand for cars is now working its magic on motorcycles as well, or at least slapping its branding on a lot of parts.

BMW has said that the new S1000RR will be more revolution than evolution. If we are to believe these leaked specs, it sounds like BMW may be delivering on what they promised.