One of the things we were hoping to accomplish during that weekend in Big Bear when I broke my arm was a story on riding the Triumph Tiger 800 XC off-road. I did manage to ride it in the dirt, but the Ural crash ended the weekend a day and a half early, derailing plans for a Tiger photoshoot. But, we did get the chance to run the new Triumph up and down some pretty challenging fire roads and even through a water crossing. 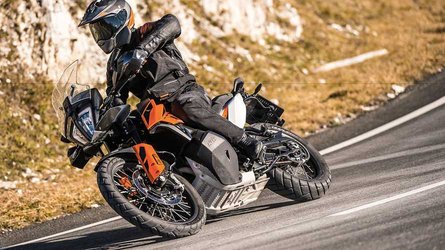 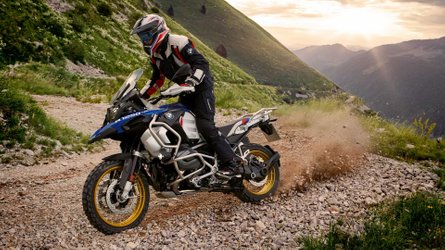 The big question here isn’t whether the Tiger can play at being a dirt bike. Like all other tall roaders, it’s going to be very limited by its weight and very limited by its OEM road tires and gearing optimized for relaxed highway cruising, not mud plugging. The lack of crash protection is also a concern on a bike that borders $12,000 when equipped with ABS.

No, the big question here is whether a bike that has such a clear advantage on the road can keep up with other adventure tourers once the road turns from tarmac to gravel. Or gravel to sand, like it does out by Crab Flats in Big Bear. The big question is whether or not the Tiger XC can hang with its close rival, the BMW F800GS in the kind of riding most adventurers dream about.

When we took that BMW through Newfoundland and then across Labrador, its main limitation in the rough stuff become apparent about 20 yards into the T’rail — too tall gearing and poor fueling means you have to slip the clutch at anything up to 25mph or so. Since the T’Rail’s 500-ish miles are mostly composed of soft gravel yumps and boggy mud, that was obviously a huge problem. Getting a big, heavy, fragile road bike through all that isn’t going to happen much above 25mph.

The Tiger is similarly geared a bit too tall (like the BMW, sprockets would fix that), but its incredibly smooth, torquey and perfectly-fueled triple can pull at much lower speeds than BMW’s agricultural parallel-twin. Where navigating a low speed obstacle on the F800GS is cause for wide eyes and fluttering hearts, the Tiger just plows through effortlessly at 10-15mph. That motor that’s so easy, fast and intuitive on the road is just as good off it.

Riding the Tiger 800 XC on the road, we sang the praises of the stock settings in its non-adjustable forks and preload/rebound shock. They were a bit soft, but very well damped, leading to a plush, capable ride. There’s enough feel through that suspension even to wear the 21-inch front tire to its very edges, not something I’ve been able to do an any other adventure bike. On sand, dirt and gravel, the same advantage applies. Feel is simply amazing. Sure, the non-knobby front tire wants to wash out, but you can feel it doing so so early and so clearly, that it’s just not a problem.View Larger Map

At 6’ 2”, another advantage I found over the F800GS was in the ergonomics. With the cheesy rubber pads off the grippy metal pegs, I could stand comfortably and confidently on the Tiger. It was easier to grip with my knees and the stock bars adjust a bit higher than those on the BMW, meaning I could adopt a more natural, comfortable riding position. 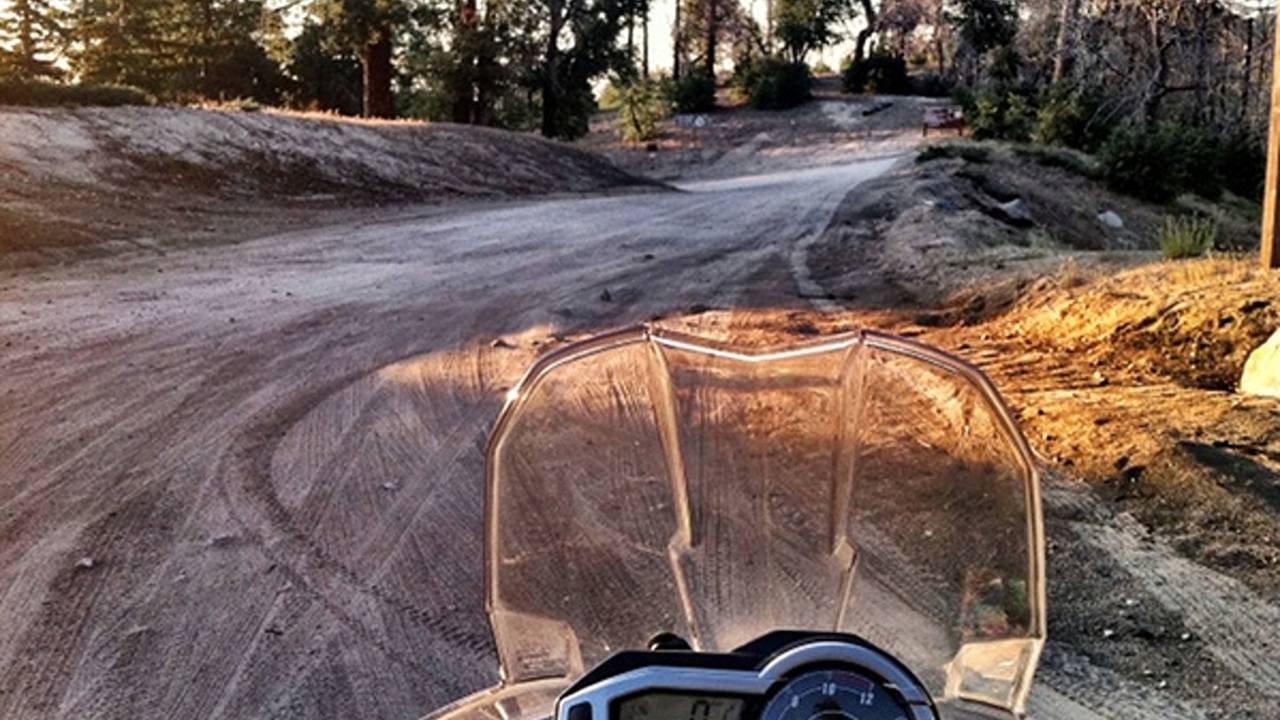 Down a sandy hill to a muddy water crossing, it’s just a case of backing off the throttle, lining up the exit and whacking the throttle open to get through. No brake, no clutch, no nervous anticipation of a slide, the Tiger just effortlessly makes it across as your feet get soaked.

Setting it up for all that is a cinch too. Undo two Alan bolts on the bar clamp, stand on the pegs and pull the bars to rotate them forward. Undo one Alan bolt on each side and the entire mirror/lever/control assembly rotates down. Reach down, grab the rubber foot pads off the pegs and throw them in the garbage and you’re ready to go.

Carrying luggage on the Tiger is also ridiculously easy. Thank that huge, flat, two-piece seat, the standard luggage rack and exposed tubular subframe for that. Whether you’re coming at it with bespoke luggage, a generic solution or just a bungee net and some random bag, you’re going to get your gear on the back of the Tiger quickly, easily and securely. As an added bonus, that luggage rack could have been designed specifically to work with Kriega tail packs, the straps fit perfectly into the standard slots. When I was using this thing to run around LA, I could carry a passenger in complete comfort and let her put a purse in the Kreiga US-20 without cramping either us or the bag.

The biggest drawback on dirt is also the biggest drawback on the street. The OEM-fit Bridgestone Battlewings just aren’t optimized to work in either environment. On the road their quasi-trailness sacrifices grip. Off it, their quasi-roadness does the same thing. A better compromise for your style of riding needs to be found. Once the fireroad got slippery, that front just wanted to walk all over the place. Luggage or a passenger would shift the weight backwards, likely exacerbating the problem.

That tire compromise points out some odd spec choices with the Tiger range. Triumph is already selling two versions of the bike; the Triumph Tiger 800 is road-biased and the Tiger 800 XC is supposed to be more dirt-capable, but like the American political system, both end up sitting somewhere in uncomfortable middle ground. The Tiger 800 would inarguably be a better road bike if it ditched its 19-inch front for a 17 and its Pirelli Scorpion’s for some real rubber. It’s a light tourer/practical commuter/all rounder, don’t sacrifice ability for dirt fashion. The Tiger 800 XC would inarguably be a better adventure tourer with some real knobs and a bunch of crash protection. Those changes would broaden the appeal of the range with two distinct models over two very, very similar ones.

But that criticism is made because we’re such huge fans of the Triumph Tiger 800 XC that we want to see it live up to its full potential in stock form. It may not be the sexiest, most expensive or most lineaged adventure tourer out there, but it’s the most honestly capable, fun, comfortable, easy and versatile one we’ve ridden.