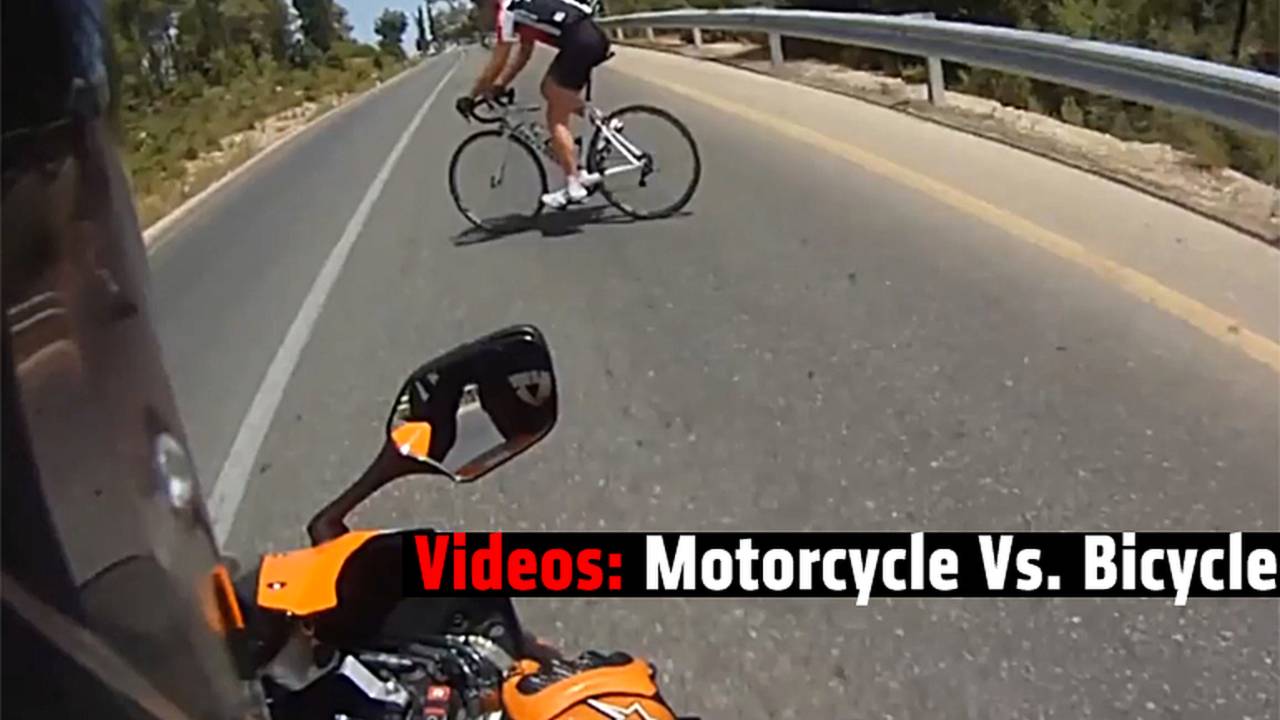 Video: Motorcycles Vs. Bicycles At RideApart, we're just sayin', it should never be biker vs. biker, even is one has an engine and the other doesn't....

At RideApart, we're just sayin', it should never be biker vs. biker, even is one has an engine and the other doesn't. We found two videos this week that show a motorcycle almost taking out a bicyclist and another video of a bicyclist overtaking a motorcycle.  Both are for your Friday end of week enjoyment.  It's summertime, have some fun.

When you’re out canyon carving on the weekends, you often run into a downhill cyclist doing the same thing. You're both geared up and both vigilant about not running into or getting hit by a car. The first video shows the riders nearly running into each other.

It's negligence - and this time, it's the bicyclist's fault, not a car driver's. The bicyclist makes a U-turn on in front of a sportbike rider who just got to speed. Not checking behind him, he turns out in front of the bike and almost takes takes them both out. Although! The sportbike rider could have been speeding. So, who do you think is to blame? Comment below.

Second video is a win for the bicyclist.  A young supermoto rider who calls himself Spicy110 is out for an afternoon ride through the UK country side. He passes two bicyclists on the left and then he’s passed by a bicyclist on the right. He tries to pass him back, but it takes him a while to get up the speed…d'oh!

Has either one of these instances happen to you? Was the bicyclist wrong in the first video? Comment below.