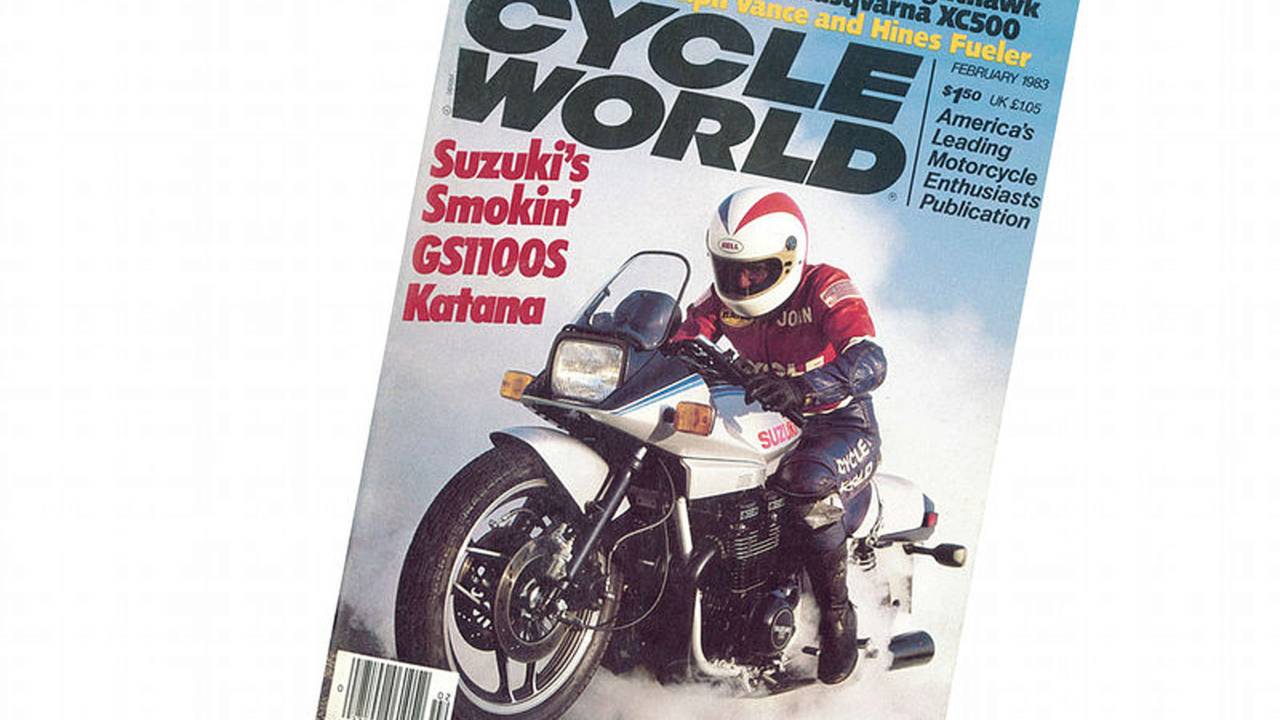 Two sources with inside knowledge of the deal, who prefer to remain anonymous, have confirmed to us that Cycle World is for sale yet again. Albeit quietly. We’ve reached out to Cycle World to confirm this and have yet to hear back. The magazine was only acquired by its current owner, Hearst, last month. Being sold on again so soon is a sign which many will read as ominous. Why should you care? T...

Two sources with inside knowledge of the deal, who prefer to remain anonymous, have confirmed to us that Cycle World is for sale yet again. Albeit quietly. We’ve reached out to Cycle World to confirm this and have yet to hear back. The magazine was only acquired by its current owner, Hearst, last month. Being sold on again so soon is a sign which many will read as ominous. Why should you care? That America’s highest circulation and most respected print motorcycle magazine is struggling to find a permanent home is indicative both of the health of the bike industry and its future. As motorcycle publishing goes, so goes motorcycling.

News of the sale is somewhat anti-climactic. Cycle World was incidentally acquired by Hearst in May when the giant American publishing conglomerate purchased Hachette-Fillipachi from giant French publishing conglomerate Lagardere, reportedly spending $913 million, all in an effort to obtain women’s fashion title Elle and its myriad international editions. Last week, it was announced that CW’s Hachette stablemates, Road & Track and Car and Driver would be merging with Popular Mechanics under a new Hearst Mens Enthusiast Group. CW’s omission from that announcement was glaring, leading to speculation the magazine would be sold.

It had been CW’s hope that its relationships with OEMs could be seen as as a way to bring motorcycle advertising to other Hearst titles like PopMech and Esquire. The sad reality appears to be that there simply aren’t enough ad dollars being spent by motorcycle makers to make that proposition viable or appealing in the face of the huge buys being made in automotive or fashion.

Does anyone else read a tacit condemnation of the motorcycle industry into that sad fact? We do. Scared of the Internet and frightened of anyone under the age of 49, the sole resource motorcycle manufacturers use to reach their audience are magazines like Cycle World and its many imitators. If their ad dollars aren’t enough to sustain business nor appeal to the outside world, then how do they plan to bicker over the few remaining baby boomers with enough credit to buy new motorcycles? Smoke signals?

If our sources are correct, Hearst is so disinterested in CW that it’s not even troubling itself with an official sale, instead allowing the magazine’s own staffers to shop it around in hopes of a purchase. Again, we’ve been unable to get Cycle World to confirm this.

Traditionally, magazines are priced at seven times their annual revenue. Cycle World would have been lucky to break even in 2010, a year in which motorcycle sales were less than half their 2005 peak, returning the industry to 1998 levels. Pricing CW is going to be hard this time around, at a minimum it’s saddled with subscription debt to the tune of 240,000 readers. Readers who contractually require a magazine in the mail every month or a refund. In 2005, CW would have been worth $10 or $20 million. Now?

“Despite the 'façon cavalière' in which I was ushered out of the building, it's been troubling seeing the old alma mater stumble these last couple of years with plunging ad revenue, declining newsstand sales and an eroding subscription base,” says current HFL contributor and former CW editor David Edwards. “From its beginning in 1962 Cycle World was always the people's motorcycle magazine, the most approachable publication, the one that was closest to its readers. As its 50th anniversary in January 2012 approaches, though, the magazine is seeming less and less relevant.”

“Having said that, and bleak as things might be, bad news is actually a good thing for Cycle World,” continues Edwards. “Hachette wanted out of magazines and Hearst thinks motorcycles are too small potatoes. Here's hoping the magazine finds a new home with an enthusiastic publisher — one wise enough to know that now is the time for both the magazine and website to be seriously overhauled and redirected.”

David’s optimistic outlook mirrors that of HFL’s. We’d love to see CW find a buyer capable of restructuring both its business model and editorial into something that can again lead the motorcycle world. Motorcycling is in dire need of being recast and rethought for a new generation of rider. We need to be made relevant to publishers like Hearst again. With the right direction and the right investment, Cycle World could be the publication to do that. Good luck guys.