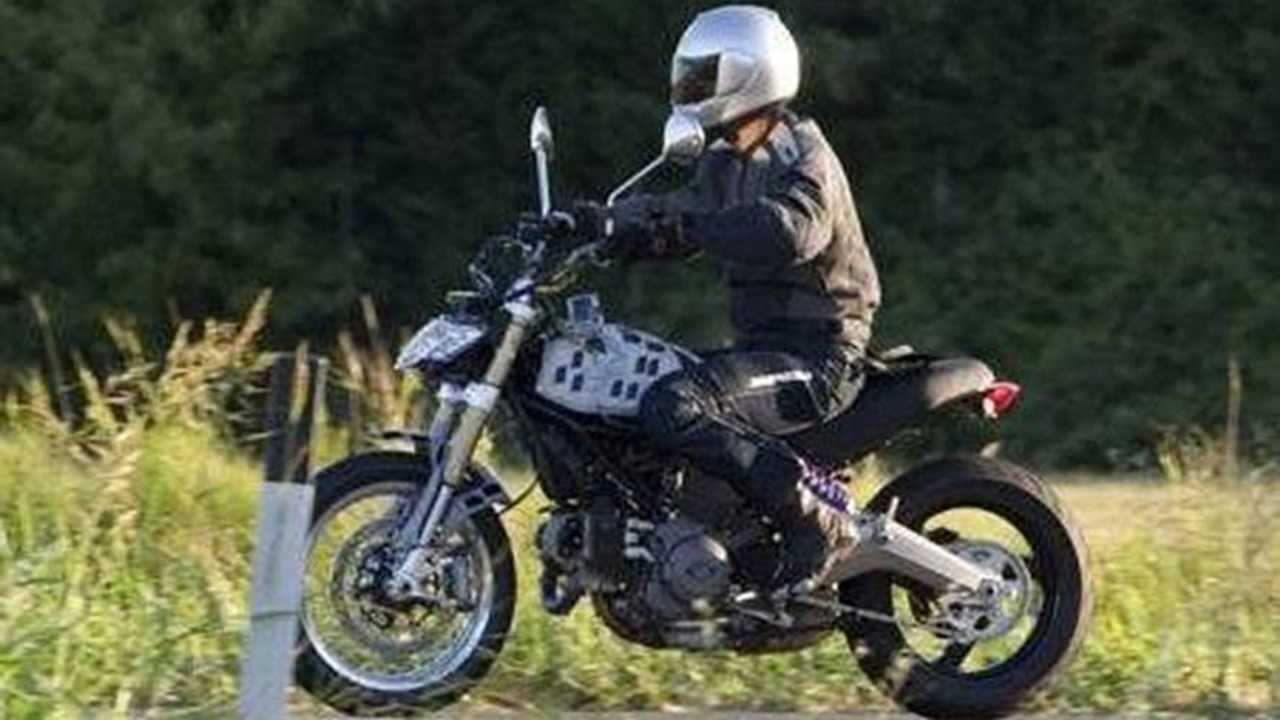 This latest photo of the 2014 Ducati Scrambler, captured by Insella.it, is the clearest yet taken of the new bike. Expected to debut at EICMA next week, it promises a mix of modern performance and classic style. But what's with that crazy headlight?

According to Insella.it, while this is clearly one of Ducati's air-cooled Monster engines, it's not clear whether it's the 86 bhp 796 or 100 bhp 1,100 version. Front suspension also appears to be a Monster carryover, but the similarities end there. The steel trellis frame is all-new, as is the banana swingarm. Despite appearing here in unfinished form, the exhaust will also clearly be arranged differently from the Monster. Perhaps the most controversial change, however? A single front brake disc, albeit one gripped by a radial Brembo caliper.

Also still in use is this very angular, almost Streetfighter-like headlight. Will that carry through to production or will Ducati opt for a more traditional, round item?

Overall, the bike (in its current form) is a confusing mix of retro, contemporary and futuristic details. That chrome handlebar is deep and wide in a shape we haven't seen on a Ducati in decades, and is adorned by giant chrome mirrors. But the cast aluminum swingarm is all-new and pursues a high tech route. The wheels? It's likely that the Scrambler will adapt the spoked item seen at the front, not the tubeless arrangement seen at the rear.

As for the price? The original SportClassic range suffered with too-high pricing, which blunted sales in comparison to Triumph's evergreen Bonneville range, which starts at just $7,899. Ducati needs to get the Scrambler under $10,000 for it to be a sales success.