If a motorcycle is old, bits fall off it at every corner and if it constantly dumps oil out everywhere that means that motorcycle has character right? Or is it just an old clunker that has seen better days and should have been sent to the great scrap yard in the sky?

I struggle with the concept that just because a bike is old and has a lot of mechanical issues it’s foibles are excused and it is affectionately labeled as having character. Yet a modern bike, a Honda for example, starts, stops, goes well and doesn’t break, yet is considered by some to be bland and boring. Is it the challenge of keeping an old bike running that gives it character over a modern motorcycle that does everything it’s supposed to do efficiently and quickly?

I honestly don’t have the answer but perhaps there are some things to consider before stating categorically that a bike has character.

Character is defined in the dictionary as a distinguishing feature or attribute that makes someone or something stand out in a group from everything else.

That’s easy to understand, but where it gets really complicated is with modern motorcycles.

If a Harley-Davidson doesn’t go around corners very well is that what you should expect and accept as just being character? But turn that around to a Japanese cruiser that doesn’t handle well in the curves and tell me, does that make it a bad bike?

All of this is subjective, as anyone who is into motorcycles has a valid opinion. A Yamaha to one guy is the perfect bike while to another it’s not fast enough or doesn’t handle the way they would like, or they hate design of the fairing. 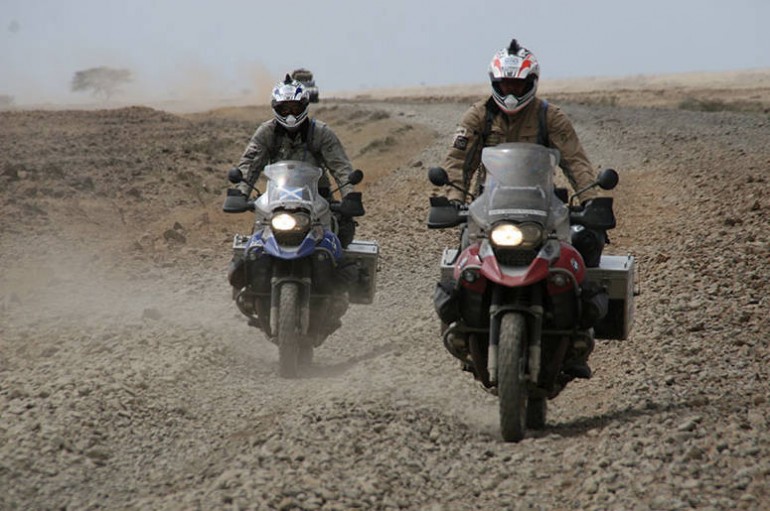 Ewan McGregor and Charley Boorman riding BMW's in the film Long Way Down.

Is character on a modern bike then defined by its heritage or by the way it looks? The BMW 1200GS Adventure is made by a German manufacturer with a rich 90-year history that has established itself as an aspirational brand (particularly in the car world). Yet by having unconventional suspension, a flat twin engine and a lineage of being the bike to cross continents with does that mean the GS has character?

At the heart of all motorcycles is the engine. How that motor performs and sounds makes that bike what it is. But does a single, twin or triple have more character than an in-line four?

If you look back over the past couple of decades there have been some terrific bikes that have really stood out from the crowd and developed a huge and loyal following. 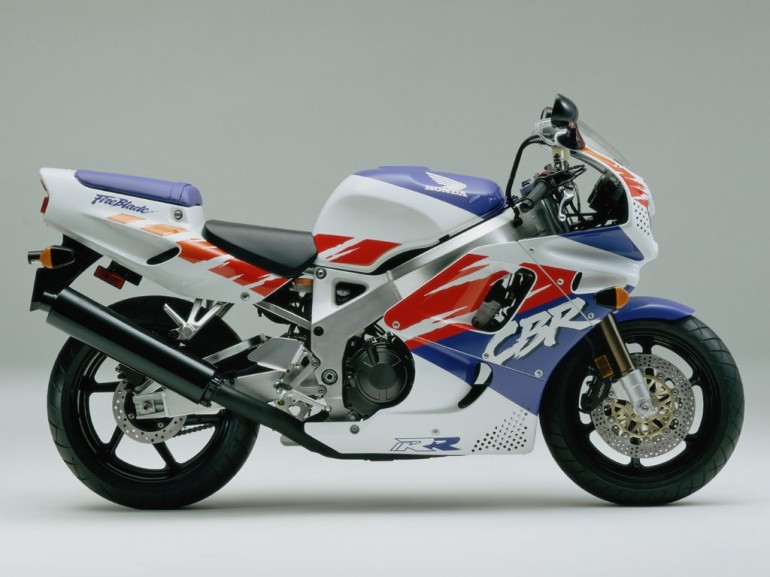 Honda’s Fireblade, the Kawasaki ZX-10R and the Yamaha YZF R-1 for example. Yet there were bikes that followed these three that performed just as well, looked as good but have already been consigned to the history books and been forgotten.

This trio I mention here I’m told all have character. I don’t understand this. I have no doubts about any of their abilities, or what they are capable of. I simply can’t understand out why they stand out over anything else. But they clearly have this indefinable tag known as character.

So the only conclusion I can come to is this: character on a modern motorcycle means different things to different people. Maybe it’s the way the bike looks, the way it rides or even the exhaust note. Or it could be the equipment that the bike comes with or the fact it was made by a company that has a long and storied history. In fact perhaps all modern bikes have character and it’s a case of one bike appealing to you over another for whatever reason you decide.

I’m actually beginning to think that it’s not even the bike at all that needs to have character. It’s what you do with it, where you ride it and what experiences you have with it that that gives that motorcycle character.

I still haven’t found an answer to any of this. However, I do know one thing. On a wet winter’s evening faced with the prospect of either kicking over an old bike with character, or one that starts at the turn of a switch that will get me home quickly and safely I know which one I will choose every single time.

What do you think makes one motorcycle stand out from another and gives it that edge that’s sometimes referred to as character?

HFL: From Hollister to Manhattan — How Mainstream Media Impacts Motorcyclists