The Ducati Supermono is ultra-rare and exclusive, thanks to its limited 67 model production run in the early 90s.

Advertised on CarandClassic.co.uk, the Ducati Supermono is ultra-rare and exclusive, thanks to its limited 67 model production run in the early 90s but also for the involvement of a trifecta of two wheeled genius that created a truly special race bike.

The utterly elegant and flowing curves came from the pen of Pierre Terblanche which packaged the combined engineering and technical know-how of Massimo Bordi and Claudio Domenicali.

For the time, the Supermono was an absolutely exotic, high-tech unadulterated racer with magnesium bits and bobs and top grade Öhlins. The 550cc single produced around 65bhp at 10,000rpm and had a dry weight of 118kg. 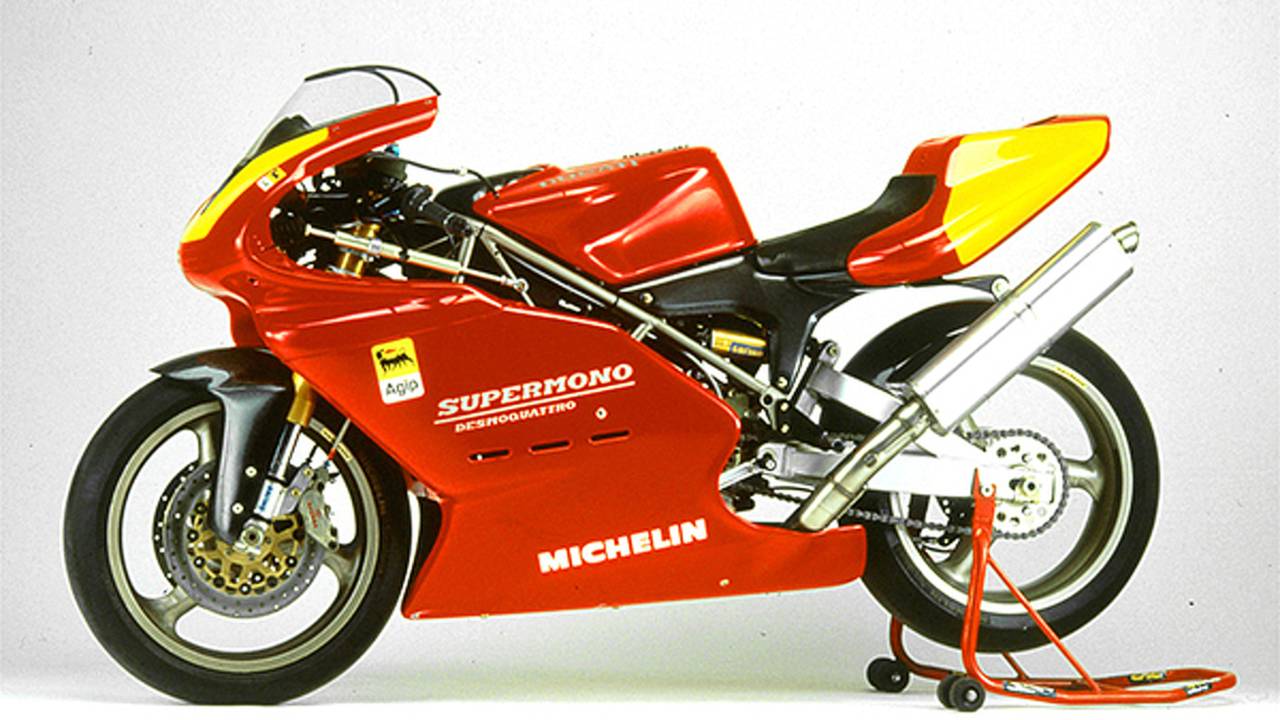 Built for racing in the Sound of Singles series, the engine in the Supermono is a water-cooled four-valve, Desmo DOHC, fuel-injected single-cylinder, with the 550cc motor based off the cylinder head of the 888. In order to balance the engine Massimo Bordi ingeniously left a dummy con-rod in place that was attached to a weighted and pivoting bar, meaning that the Supermono had perfect balance as the extra con-rod moved up and down to overcome vibration issues, allowing the single to behave more like a twin at higher revs.

As quickly as it burst on to the racing scene, the Supermono ended as Ducati moved back to their penchant for v-twins again with the 916 in 1994. However for some, me included, the sexy single will forever remain as Ducati's true design masterpiece.

The bike is in Denmark and comes with all the relevant spares included. The seller would consider a trade-in. Remind me, what organs don’t I need again?

By: Robin Goodwin
++
Got a tip for us? Email: tips@rideapart.com