Racing YouTube Motorcycle Cop Forced To Resign. Then Gets Reinstated. 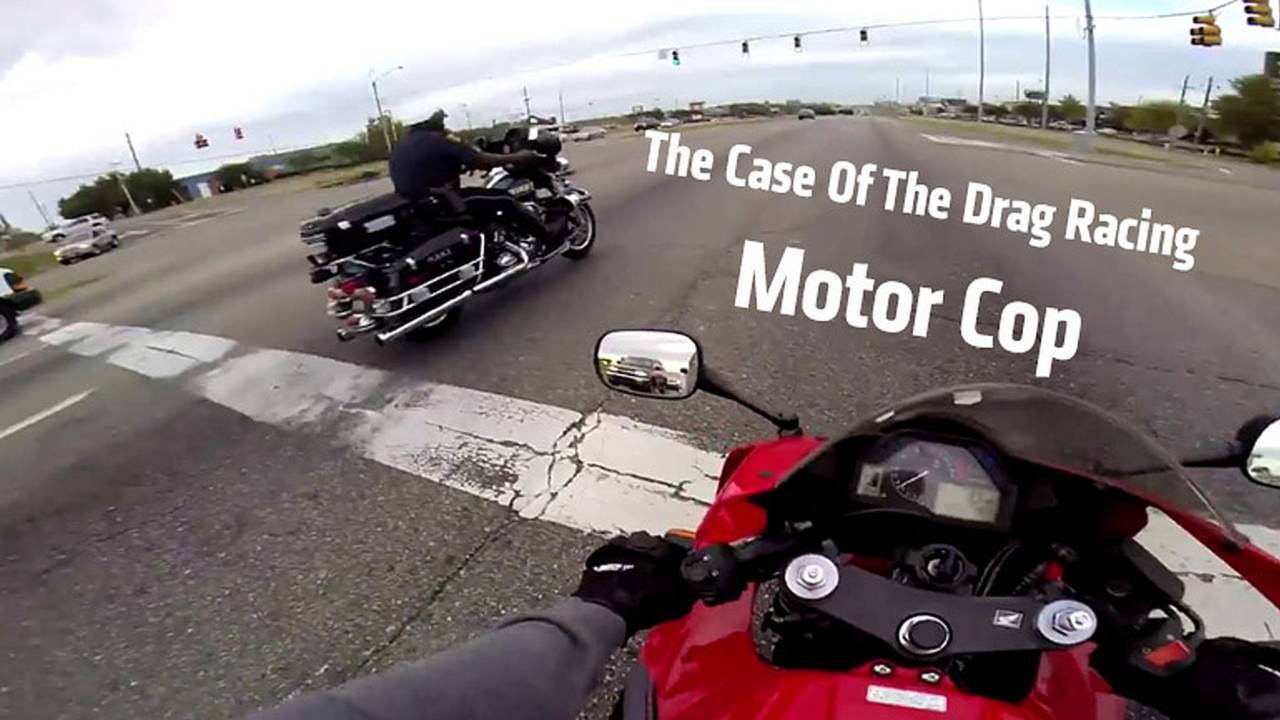 What happens when you film a police officer street race? It's Alabama's Racing YouTube Motorcycle cop.

An Alabama motorcycle cop who was forced to resign last week after a YouTube video of him drag racing against another rider went viral has now been reinstated. This is the latest YouTube motorcycle cop saga.

Montgomery resident Lee Spillers captured the footage using a helmet-mounted camera while out riding his Honda CBR600RR on Sunday. He drew up alongside police officer Carlos Rogers on his police-spec Harley Davidson Electra Glide.

In the video, Spiller begins talking to the police officer while both are stopped at a traffic light. He then asks the cop if he wants to race.

The officer responds by saying his bike has a turbo.

In the ensuing footage it’s evident that Spillers and the police officer race for several minutes with the cop on the Harley-Davidson appearing to outpace the Honda rider. It’s not clear if speed limits were broken but at one point they appear to be going a lot faster than other traffic.

However, Spillers who filmed the incident began an online campaign to get and Roger his job back. At the end of last week the officer was reinstated.

Following this latest development, Murphy said that social media had no influence on the reversal of his initial decision.

"In as much as what happened, but then how it came out, is part of this story,” said Murphy. “And it's a powerful story because what can happen in Montgomery, Ala., can go viral and be on the other side of the planet in 10 minutes.

"It will not be the last time,” he said. “We're going to continue to see social media having a greater impact on our culture, and the fact remains that we have to be cognizant of that as police officers."

Murphy added that it was an experience for the whole Montgomery police department and that had received numerous calls and emails, both positive and negative, regarding his latest decision to reinstate the police officer.

What do you think? Was the officer in the wrong here? Should he have been reinstated?