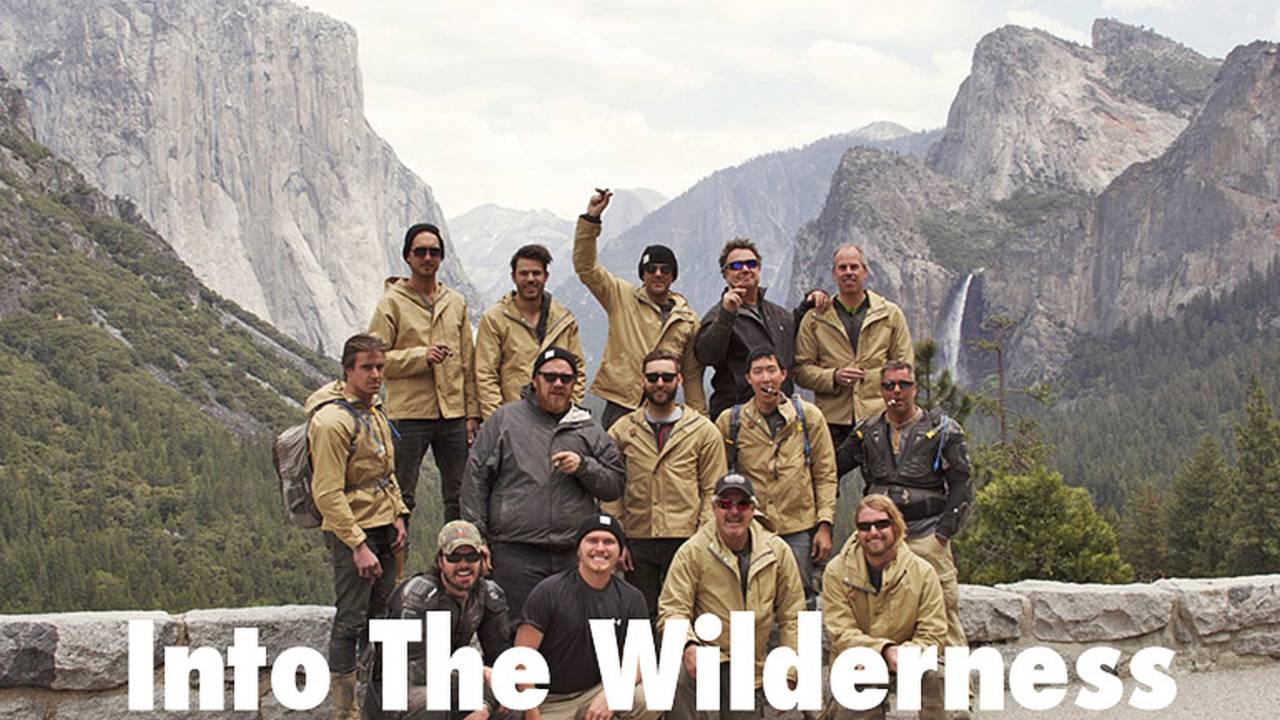 Motorcycles As MancationWilderness Collective, a new company in California, promises “epic adventures for men.” We tagged along on their very first...

Wilderness Collective, a new company in California, promises “epic adventures for men.” We tagged along on their very first trip, riding dual-sports through the Sierra Nevada Mountains, from Sequioa to Yosemite National Parks.

The vault was located 50 feet below ground, in a building that used to store the government’s gold. A bartender stood in a nook at one end, pouring whiskey cocktails while 14 men gathered around a long table for a brisket dinner.

Four had come from Florida, three brothers in their 20s and their father. Two friends in their 50s from Utah, fresh off the plane in khakis and collared shirts. Two from Texas, a 40-year old ad exec and his father. The rest were Wildnerness Collective guides.

All had gathered here, in this secret meeting place, for one purpose — two-wheeled adventure.

An air of secrecy pervaded matters. We knew we were riding dirt bikes and we knew roughly where, but after finishing dinner, surrendering any and all digital devices, then climbing into a van for a trip of indeterminate length through the night, the rest was left for us to discover it as it happened.

After hours on the highway, then an awful long ways up a twisty road into the dark mountains, we arrived at a campsite. The last people along the way were a pair of trucks full of coon hounds, braying as we passed. Well after midnight, each guest was issued a tent, then left to put it up on their own.

Awaiting us when the sun rose was a roaring campfire surrounded by matching camp chairs, resting on each a large gear bag printed with our names. Matching helmets, jackets, boots and gloves were found in each. Personal effects had to fit into the small, supplied backpacks. There was room for a couple pairs of underwear, socks, a t-shirt or two and some water. This was very much an exercise in letting material things go.

Behind the fire was a row of matching red Hondas. Mostly XR650Ls, but a few CRF250Ls were interspersed as well. A chef got pheasant sausages on the go while craft coffee was handed around. We packed up, suited up, then followed the WC guide out of camp, still not knowing what to expect.

Through the giant redwoods and northwards out of the park, Wilderness Collective had spent weeks charting a course that was pretty much all of road, winding its way up the forested slopes of the Western Sierras.

A motorcycle license was a prerequisite for the trip. The least experienced rider, the middle of the wild pack of miscreants that quickly became known as The Florida Boys, had gotten his license just three weeks before, specifically to come along. The most experienced was probably Hal, who commutes through Houston on a Triumph Scrambler. Riding dirt bikes up and down mountain passes, through glades of Giant Sequoias, was a new experience for everyone.

And that did mean some crashes. Ruts caught front tires and the steep descents got the better of steeper learning curves. But because this was off-road and because the technical nature of the trails kept speeds down, injuries were limited to bruises.

Probably the biggest scare of the first day came when a blind corner revealed an extremely large, one-horned bull who just didn’t seem too scared of a pack of identically-dressed dirt bikers. “Has anyone noticed all the bikes we’re riding are bright red?” pointed out a Florida Boy that works as a master dive instructor back home.

The bull eventually took a side trail and we eventually found ourselves at a swimming hole in one of the rivers that snake their way down out of the high peaks to the east out to the sea, far to the west. It was even colder than you’re picturing.

Going for a swim

Camp that night was tucked away by a little stream in the middle of nowhere. WC’s chef whipped up the kind of meal that you’d more commonly see served on a white linen table cloth while the rest of us reclined around the fire, drinking pre-mixed Negronis. Someone who hadn’t seen it before asked if that was the Milky Way. Indeed it was, this far out there, you could really see the stars.

But there were no stars in the next night’s campsite, located in a grove of Sequoias; the massive trees completely obscured the sky. As we drew nearer to Yosemite, the terrain had gotten more mountaineous and rugged. “Stay a far to the right as possible, hug the cliff face” we were warned at one point. Good advice, because it was at least a thousand feet straight down on the left.

We’d encountered two other vehicles that day, both minivans. One was a long ways up rutted, potholed ascent. Further up than you’d have given it credit for, it was nonetheless permanently stuck and had, subsequently, been shot up and partially disassembled. A mule car for the illegal marijuana grows that exist in the most remote parts of these mountains, the thinking went.

The second minivan was in motion, driven by a surly local who, judging by his weaving, was either off-his-face wasted or actively trying to prevent us passing as we rode up “his” fire road. A quick pass through the bushes and he was blocked as everyone else roared pass. He just stewed angrily at the prospect of 14 angry bikers.

Lunch that day was served on the shore of a wide river. An old railroad bridge ran across it, making a perfect diving board for (off)road weary travelers.

The biggest incident of the trip came when of the guys sent his 250 flying down a steep embankment. The bike was barely scratched and he was fine, so out came some tow rope and four men managed to haul the bike back up the slope.

After a “shortcut” through an OHV park and its challenging trails, the last day’s riding ended mid-morning. There’s no off-road riding in Yosemite National park, so the 35-ish miles from entrance to the epic overlook up top had to be accomplished on tarmac. The views along the way were so nice that no one seemed to mind. No one dared speak it, but the sense of relief that the challenge had finally been met was palpable. The Tunnel View Overlook, with its panoramic views of Yosemite Valley beyond, provided a suitably epic backdrop for the trip’s conclusion.

A long van ride back to Los Angeles and we reconvened for late night sausage and beer at Wurstkuche. The topic around the table was wasn’t so much stories from the trip, but plans for the next and how the experience would alter everyone’s day-to-day life from that point on. Emerging from the wilderness sometimes provides the best perspective on civilization.

Should you go on a Wilderness Collective trip? Well, they are expensive. But in the same way going deep sea fishing or flying somewhere warm to play golf is expensive. And you’re going to have a much bigger adventure with WC, out in the middle of nowhere, than you’re every going to get on the back nine.

Sitting around the fire

The trip had much more to offer over my standard weekend of dirt biking than just fancy cocktails and good food. The company and the camaraderie certainly add to the experience and WC does a great job of really getting you off the beaten path and in making the real outdoors accessible, without removing any of the danger or experience that makes it worth seeking out in the first place.

Having said that, Wilderness Collective isn’t catering to experts seeking to get the most out of their expertise. Its about making an epic experience like this accessible to people who wouldn’t normally find themselves riding dirt bikes in the shadow of a giant sequoia. Or sailing tiny trimarans through the Channel Islands. That’s where they are as I write this. As someone who hasn’t sailed in years, I’ve felt a palpable sense of envy all weekend. If you want an outdoor experience way, way outside your norm, Wilderness Collective is where you’ll find it.