The Rest of the 2016 Victory Motorcycles Lineup 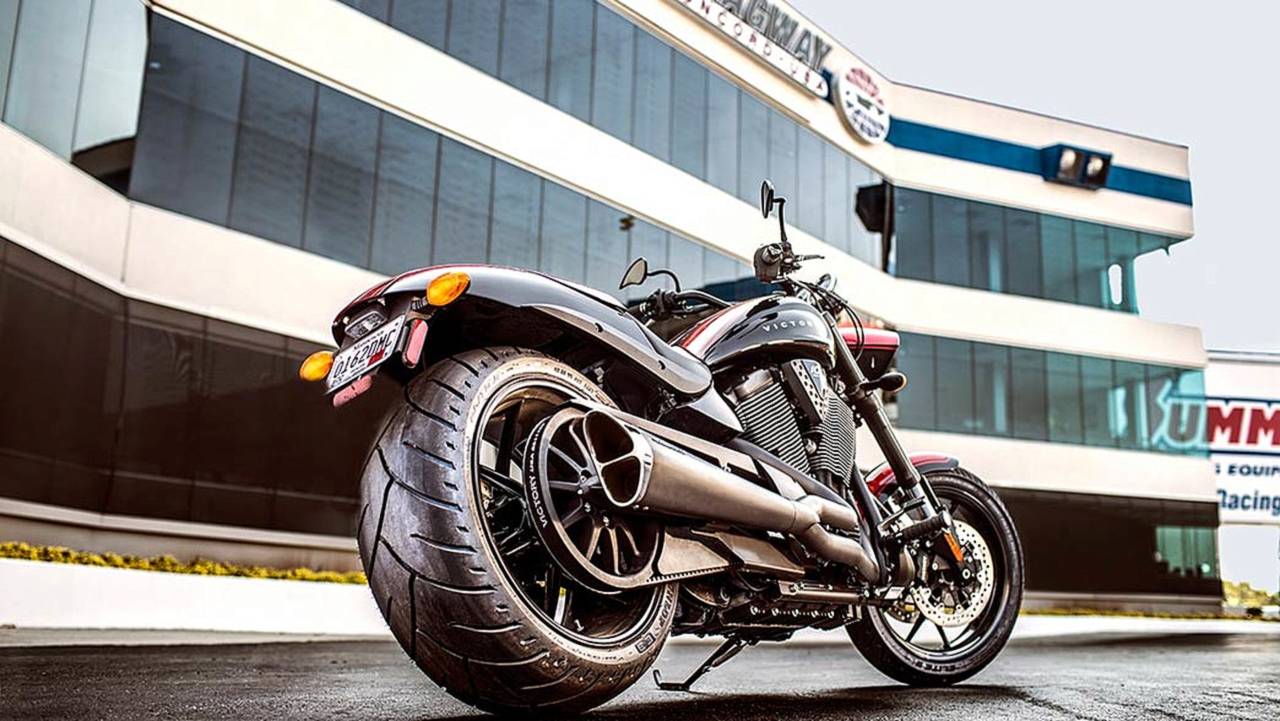 The Rest of the 2016 Victory Motorcycles LineupVictory announced no new cruiser or bagger models for 2016; changes to existing models appear to be...

Victory announced no new cruiser or bagger models for 2016; changes to existing models appear to be minimal, and cosmetic in nature. The two Vegas lines sport new wheels - Victory calls them the "Falchion", after a particular variety of sword - and they make for a welcome aesthetic change from the previous spiral design wheels on both bikes. One addition to Victory's cruiser line: the Hammer S, a variant of the venerable Hammer. Victory is marketing it as the "modern American muscle cruiser"; it's a great-looking bike with a new red and black color scheme, and performance should be upped a bit by the addition of a Cobra 2-into-1 exhaust.

READ MORE: The 2016 Indian Lineup: The ABS Scout, and A Few New Tweaks

As they've done in the past, Victory is scaling back the total number of bikes being offered. Gone this year is the Ness Magnum - which, to be fair, was sold as a limited edition bike.

So it looks like we'll need to wait another year to see if Victory has a brand new, soup-to-nuts bike up their sleeves. We've said it before, and we'll say it again: There's a ton of potential for Polaris to set Victory apart from Harley (and even their sister brand Indian), and it seems pretty clear that forays into both electric performance bikes and NHRA drag racing show that Victory is looking to move beyond cruisers. Doing so will be good for the brand, and good for the American motorcycle industry.