50 Years Later, A Look Back At Suzuki's First Bikes For America 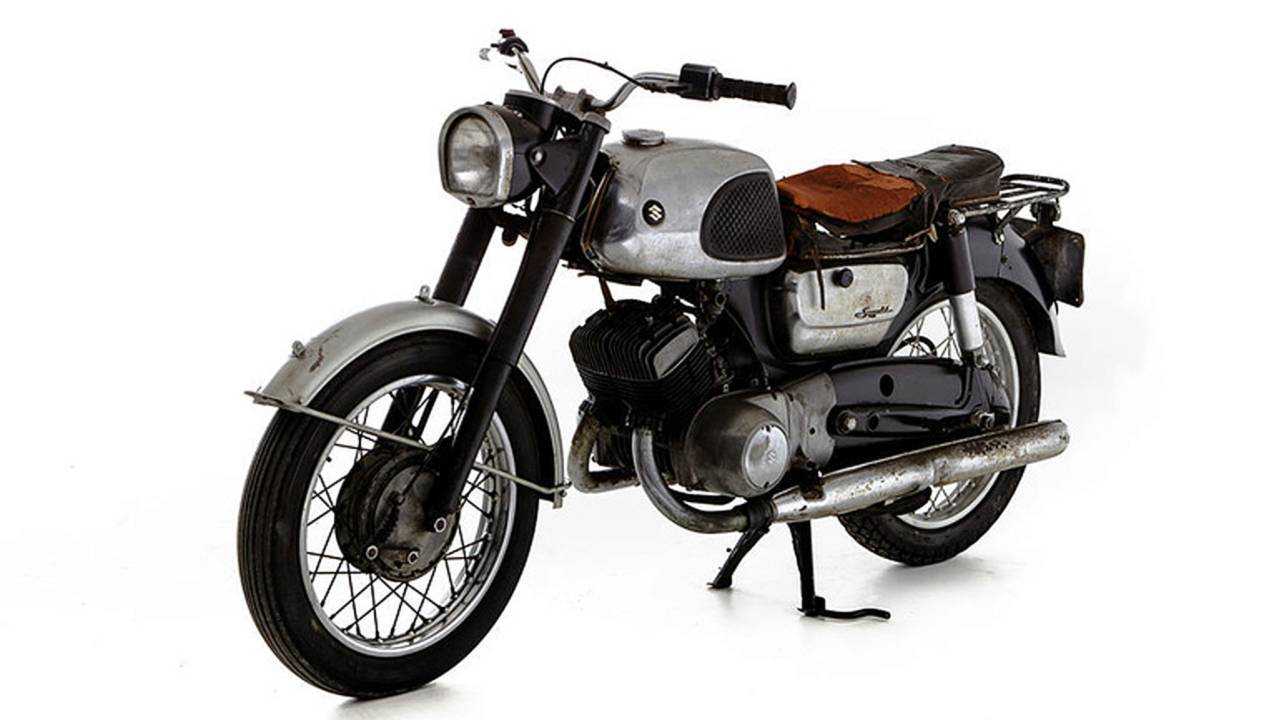 50 Years Later, A Look Back At Suzuki's First Bikes For AmericaIt maybe hard to believe but this month marks Suzuki’s 50th anniversary since it first...

It maybe hard to believe but this month marks Suzuki’s 50th anniversary since it first began selling motorcycles here in the U.S. But there are two bikes that the company’s success in North America are founded upon, the T10 and the T20, that both to my mind deserve a bit of recognition.

Bizarrely, if it wasn’t for the success of the Japanese silk industry in the 19th century, the chances are that Suzuki motorcycles wouldn’t exist at all today. Founded in 1909 by Michio Suzuki, in the then small seaside town of Hamamatsu, the company began making industrial weaving looms for Japan’s rapidly growing silk industry. For the first 28 years of operation that is all Suzuki Kabushiki-Kaisha did.

But Michio Suzuki was a clever guy and realized the engineering expertise of his company could also allow it to manufacture vehicles. In 1937, Suzuki began making small cars with 800cc, four-stroke engines. In the years following the devastation of World War Two, and the collapse of the silk industry, Suzuki had no choice but to begin producing bicycles powered by tiny engines as a form of cheap, economical transportation for the domestic market. As their popularity grew in the 1950s Suzuki began to concentrate on designing and manufacturing proper motorcycles to sell around the world.

Suzuki’s bikes first started getting mentioned in U.S. enthusiasts’ magazines during 1962 and in August of the following year, U.S. Suzuki Motor Corporation was founded and set up in Los Angeles.

It was led by the man who had brought Honda to North America, Jack McCormack. He spent three weeks in Japan negotiating with Suzuki for the rights to distribute its motorcycles in North America. Eventually McCormack walked away with a 25 percent share of the new subsidiary, as Suzuki still wanted to retain control of the U.S. market.

McCormack, who went on to found the American Eagle Motorcycle Company, persuaded Suzuk that, if it was to be successful in the U.S., it would have to attract the public’s attention by advertising. In its first year of operation $150,000 was spent on marketing Suzuki motorcycles in the U.S. That was a lot of money back then.

Two years later this had increased to more than a $1 million marketing budget, which was a huge amount. $7 million in today’s money. The results, though, speak for themselves. Suzuki sales in the U.S. rose from an initial 600 motorcycles in 1963 to more than 32,000 two years later. When you think about it ,that was an astonishing growth for a company that was almost unheard of outside of Japan prior to 1962.

Cycle World published a four-page road test of this bike in October 1962 prior to Suzuki launching the T10 in the States noting the bike was: “a lot of fun to ride with excellent handling, little vibration and a respectable top speed of 83mph.”

The El Camino was a good-looking bike that was powered by a 247cc, air-cooled, two-stroke, parallel-twin that produced around 20bhp at 8000rpm.

Two years later in the U.S., the T10 was replaced by the T20, which really was a bike ahead of its time. Suzuki advertised it as ‘the fastest 250cc motorcycle in the world’ and it looked similar to the T10 with the same chrome accents on the tank and available in either red or blue.

The T20 used Suzuki's first ever tubular-steel double-cradle frame, while the sleeved-aluminum, twin-cylinder engine was up-rated to produce 25bhp. Bigger 24mmm twin Mikuni carbs were offered, plus a sophisticated lubrication system called “Posi Force” that matched revs and throttle opening to the amount of oil being injected into the engine. Another technical innovation designed by Suzuki.

There was also a six-speed gearbox (almost unheard of back then as most motorcycle manufacturers were only offering four-speed transmissions), a rev counter and bigger 240mm ‘racing-type’ twin drum brakes.

Sure, the T20 was only a 250cc, but as a two-stroke it meant it had fairly rapid acceleration and you could, if you were very brave, get it to ride at more than 90mph. The demand for this extra performance on the T20 specifically came from the USA, which at the time in the early 1960s accounted for more than half of Suzuki’s annual sales.

While it’s often assumed the T20 grew out of the T10, they are two quite different motorcycles pitched at different buyers. They did though share a number of components. The T10 had a full covered chain guard, covered front forks, an electric starter and lots of chrome. It was specifically aimed at the commuter luxury market as it was easy to ride and not that expensive.

The T20 was created as a Suzuki sports bike from the outset. More than 30lbs was taken off the T10 bringing the T20 to around 315lbs. This was done by revising the frame and, in line with the sporting appeal and to keep the bike light, the electric starter was ditched, along with fork and chain coverings.

That weight shedding, along with the new frame, revised engine design and more sports-oriented handlebars, translated into a bike that handled better and was more enjoyable to ride at speed than the T10.

The T20 achieved some genuine racing success too in the 1960s, especially in the UK. In the production class at the 1967 Isle of Man TT, Australian riders Barry Smith and Kel Carruthers finished third and fifth respectively. There were also a number of impressive performances in European circuit and endurance events that followed.

Since those early days, Suzuki has grown beyond all recognition not just in the U.S. but also around the world. Over the years, there has been a myriad of motorcycles from the company, some truly great, some good and some just plain bad. I have my favorites. I am sure some of you do too.

A few years ago, Suzuki went through some painful financial times but has now bounced back with a more stream-lined range of some pretty decent motorcycles. And there’s a promise of more exciting bikes to come.

This past weekend Suzuki was out in force at Indianapolis for the latest round of the MotoGP but not to participate, just to celebrate it’s 50th anniversary in the U.S. with customers and fans . There was an amazing display of racing bikes from its past and Suzuki chose Indianapolis to pull the wraps off a limited edition of its GSX-R1000 that will go on sale later this year.

And there is also the exciting news that Suzuki has confirmed it will be returning to MotoGP in 2015 with a factory team. So I for one will be looking forward to perhaps seeing Suzuki riders back on the MotoGP winner’s rostrum.

However, all of this seems such a long, long way away from those early days of 1960s, 250cc, two-stroke motorcycles that launched Suzuki on an amazing journey here in the U.S. Happy 50th anniversary Suzuki and here’s to another 50 years.