Bike of the Week: XR1200TT by Shaw Speed and Custom 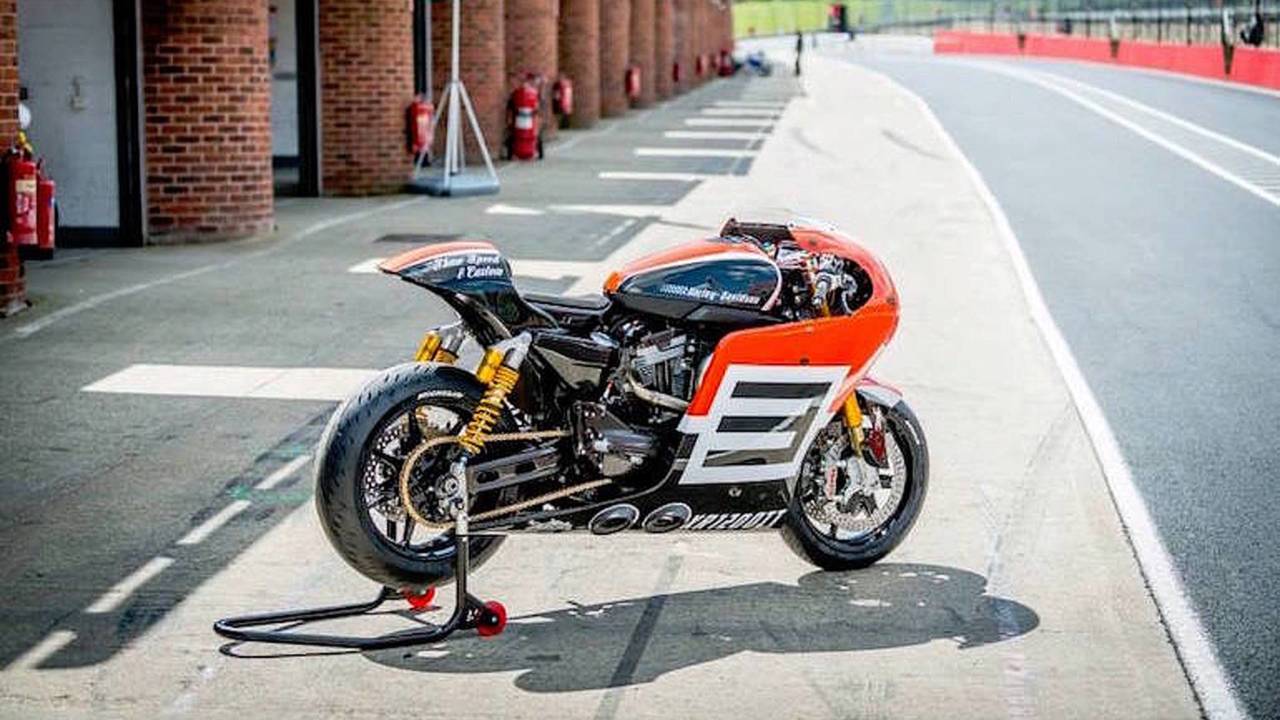 As an American road-race enthusiast, I have always loved Harley's full-faired old-school racers. So you can imagine that seeing a more modern take on these classic domestic track weapons is always something of a treat. That's why I couldn't pass up this fantastic take on Harley's old racers by Shay Speed and Custom.

Today, Harley-Davidson isn't really associated with race machinery the way it was in the old days. Before the Milwaukee-based powerhouse became synonymous with cruisers though, it delivered a range of fully-faired road-race machines for pro racing teams. Some even included purpose-built road-race engines such as the quarter-liter powered RR250, but the majority of Harley's bikes that wore full plastics (or fiberglass or what have you) borrowed their engines from Harley's highly developed, tuned, and competitive 750 flat track racers.

When building a Harley-based track machine, the XR1200 is the obvious go-to choice since it has far sportier performance than the rest of the Harley lineup. So much so that H-D even opted to first introduce the street machine to journalists at the Road America circuit. The XR1200 itself was built with the idea of paying homage to the company's racing roots and heritage. In addition to being built around what is arguably Harley's sportiest production model, this street-legal example has undergone a number of substantial modifications resulting in a more track-oriented machine.

The XR1200TT was built in 2014 by Shaw Speed and Custom, which is part of the Shaw Harley-Davidson dealership based in the South of England just outside of Brighton. In its decade and a half of existence Shaw has delivered on some truly impressive, one-off custom Harleys. This example has around 1,000-miles on it, but is nonetheless in immaculate condition since it spent most of its life on display at the South England dealership when it wasn't being whisked around Europe for various shows and events.

Defining much of this custom's look and personality is a complete set of custom Air Tech Streamline bodywork – including a Shaw Speed and Custom seat unit – painted in Harley's iconic orange and black livery. Interestingly, the front fender on this build comes from an unspecified Suzuki MotoGP machine. Kind of an odd choice for a Harley racer but it definitely fits the build. Quite possibly my favorite feature on this bike is the exhaust, which utilizes Akrapovic carbon ends from BMW's X6 Sports Activity Coupe and exits through the machine's lower bodywork. This trick arrangement was made in house by Shaw Speeds own chief fabricator and looks amazing. (Probably sounds pretty decent too).

The upgraded suspension on this Harley is made up of all Öhlins components with forks and dual rear suspension. A mono-shock conversation would have been a really nice touch, but the build does stay true to the suspension found on the bike's that inspired it. The XR's stock brake equipment was tossed out for front and rear RSD Morris Rotors with Brembo Calipers (front 13", rear 11.5"). A Brembo RCS 19 master cylinder and set of Brembo levers were also added to the mix. The build sits on a pair of Dymag rims wrapped in Michelin Power Sports tires.

The XR1200TT is also an extremely well farkled machine with a handful of high-end aftermarket components replacing various stock parts on the XR. A top-shelf Domino Quick Action throttle is wrapped in a set of Renthal grips, while Free Spirits rearsets further the 1200's sport look. A headlight subtly tucked behind the fairing's nose and Kellerman Rhombus indicators - along with what I assume is a micro-LED strip - make this heavily track-oriented Harley street legal. The cockpit features a Pro Cycle Chrome five-inch Fat Tach and what appears to be a Motogadget Motoscope mini speedo and idiot lights. This bike also is said to boast a backup rear-view camera too.

This custom Harley really is something pretty special. The professional quality and execution of this machine easily sets it apart from other Harley-based racers I've seen. Fortunately, if your pockets are deep enough, you don't have to settle for daydreaming. It's currently for sale in Brighton, UK with an asking price of $28,320 (or £21,995). Any interested persons can reach the seller at 07884473625.

Do you have a scoot that you think deserves to be RideApart's next Bike of the Week? Drop us a line at info@rideapart.com