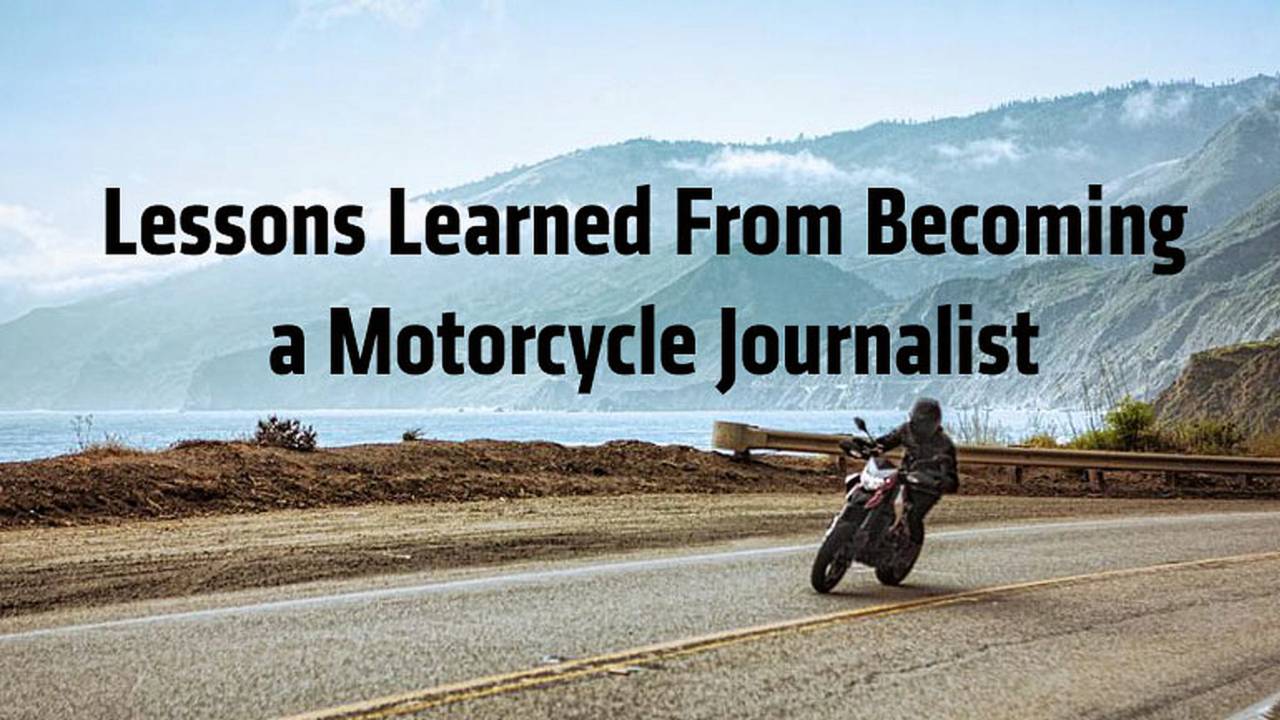 My becoming a motorcycle journalist, my outlook has changed on gear, the kinds of motorcycles I like, and where I want to ride. Here's what I've learned.

I first met RideApart staffer, Wes Siler when he was visiting LA and ended up sleeping on my couch. Two and a half years later, we both have the privilege of working for the best motorcycle website in the world (I may be somewhat biased). It’s been a long and strange road, but here’s what I’ve learned along the way.

Before Becoming A Motorcycle Journalist: I was an ignorant hipster.

I used my Triumph Bonneville “café racer” to commute to my job as a middle school teacher and to run between casting calls. Riding around in my novelty open-face, unarmored denim jacket and low-cut Vans, I thought I had it all figured out. I thought I was the coolest guy on two wheels.

Then, I started working at RideApart and everything changed.

After Becoming A Motorcycle Journalist: I just want to ride.

Turns out I was wrong about all of the above. Riding a track, free from traffic and nailing a perfect line is an absolute blast. As is jumping a dirt bike or riding down a deserted highway into a pitch black storm, knowing you’re prepared for whatever may be ahead. Heck, spending time on anything with an engine is good. Riding quads in around Hungry Valley was one of the best days I’ve ever had, despite a huge crash, as were the two days spent on a Sea-Doo Spark.

Before: I thought denim could save my skin.

I was a tough sell on wearing good gear. I figured if I just rode safely, I could look “cool” in regular street clothes. A big part of that was simple because I didn’t really know what the consequences were. Obviously working at RideApart, I learned about consequences quickly.

After: I’m the biggest gear nerd on the planet.

That first winter when Wes was in LA, he lent me his Alpinestars 365 Gore-Tex leather jacket and my roommate let me borrow a Scorpion full-face. I wrote a much more extensive piece called "How I Learned To Stop Worrying and Wear Real Gear", but the short of it is, I started feeling naked in anything less. The feeling of protection and just the comfort that real riding gear delivers has to be experienced to be believed. Now I geek out on new zipper details, obsess over glove fit and am eternally on the look out for ways to alleviate my terminally sore butt. I own gear for summer (dirt, street, track, touring), winter (ADV and street) and pretty much anything in between. I’ve come a long way.

Before: I only rode around the city.

Partially because my bike wasn’t very comfortable and partially because I didn’t know how to do anything else. My idea of a fun ride was checking out a good restaurant or visiting a friend.

After: I learned to love the dirt.

I know I said all bikes are awesome, but none are quite so awesome as riding dual sport. No cars, no other riders crashing into you, you get to explore the wilderness and, if you do fall, you don’t tend to get hurt. Riding off-road, for me, just ticks all the boxes: speed, skill, adventure, natural beauty. There’s always another trail to explore.

I'm sure the list of things learned will continue to expand as I evolve and grow as a journalist. So far, its been a good ride.

Commentary: How I Learned To Stop Worrying and Wear Real Gear

Video: RideApart 3: Why quads are awesome