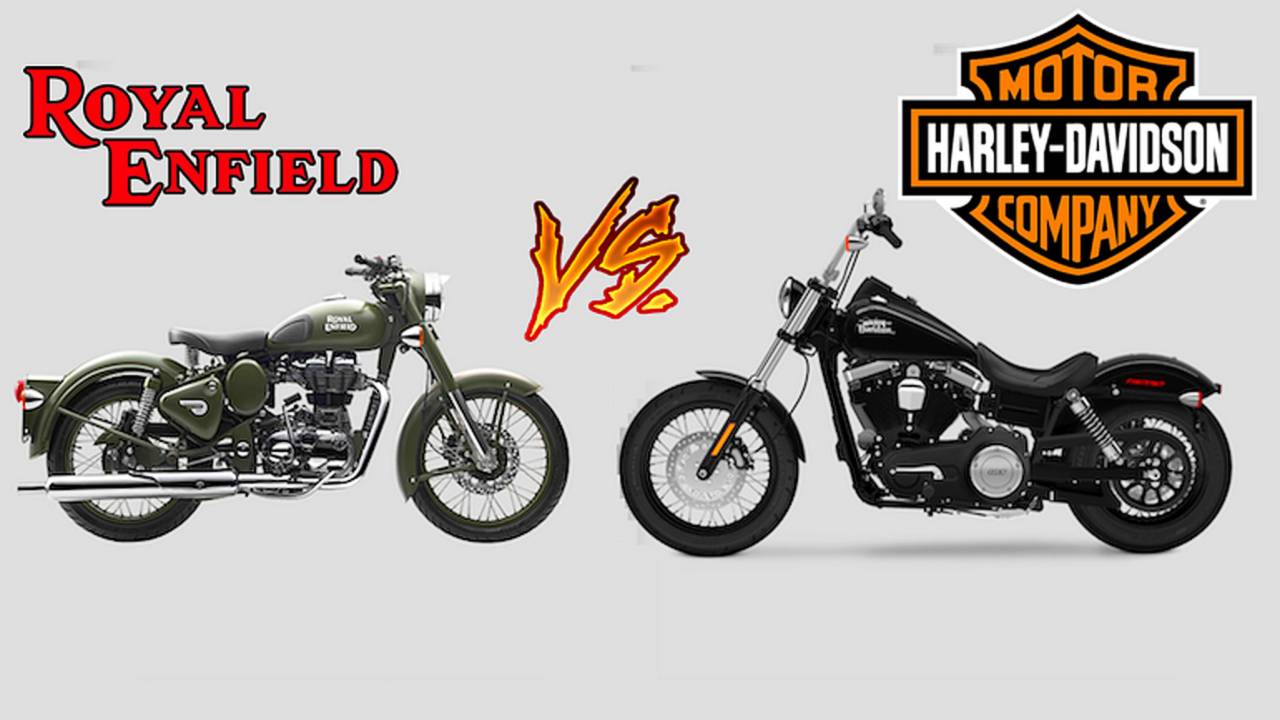 India-based Royal Enfield establishes its North American HQ on Harley-Davidson’s turf and might be after a piece of H-D’s market too.

Last year, Royal Enfield Motorcycles hunkered down in Milwaukee with its first North American flagship dealership, and for the time being Harley isn’t losing any sleep over it. At least not yet, since Harley and Royal Enfield make different types of motorcycles for mostly different markets. However, if Royal Enfield’s US sales aspirations are achieved, that could mean nabbing a piece of the Harley demographic. At present, Royal Enfield aims to bolster sales via 60 domestic dealerships and several new models. As Harley is gunning for a younger millennial demographic in hopes of establishing some life-long customers, largely as a result of brand loyalty, the cruiser powerhouse may have an uphill fight ahead of them.

With a lineup that includes multiple bonafide entry level machines, Royal Enfield already has a leg up on Harley in one aspect. Despite their massive global presence overseas, Enfield has yet to establish itself as a formidable force in the US. President of Royal Enfield North America, Rod Copes, who was previously an executive at Harley-Davidson, explained part of the strategy.

“Phase two, which we will hit next year, is really about introducing new products.”

Though there are some blatant differences between Harley and Enfield – engine size, engine type, bike type, a wildly different price-point, etc. –  the two manufacturers do share several significant traits. Both churn out modern scoots that are heavily based on classic models from yesterday that boast an old school simplicity and vintage aesthetics. Both companies also started within just a couple of years of each other over a century ago too. Similar to how Harley is revered in the US, Royal Enfield enjoys that same status in India,  and the same way Harley sells a ridiculous amount of units in its native land, Enfield does too.

Royal Enfield is far from an immediate threat to Harley-Davidson, but they shouldn't be discounted out of hand. Back in India, Enfield sells hundreds-of-thousands of bikes per year, demonstrating that the company has the organization and know-how to set-up competent and effective dealer-networks. Here in the States though, they're largely unknown. This could mean Enfield struggles as a result of marketing to an objectively smaller market, North America, in which high-volume low profit sales isn’t a strategy often employed. Enfield has sold more than three-quarters of a million units this year alone, though only a small minority of those bikes will be purchased in the US. A lot of Enfield’s success or failure will likely boil down to how the brand is received, something the higher-ups at Enfield couldn’t be more aware of.

“That is our opportunity. But we want to be very deliberate and very careful because we have one chance to reintroduce the brand to this marketplace,” Copes said. “We really don’t feel we are competing against any of the big players, especially Harley-Davidson. There might be a little crossover, but a different type of consumer is going to be looking at our motorcycles.”

Part of the appeal of all of Royal Enfield’s models is their entry-level price, with its entire lineup hovering around the $5K-mark. A big part of Enfield’s plans for 2018 revolve around tapping into a younger urban market, marketing its offerings as inexpensive and reliable (Oh, word? -Ed.) transportation options. If Enfield is lucky, its bikes will be perceived as hip, too.

Royal Enfield’s current US network uses Dallas, Texas as its central hub. All Enfields are built in India before being shipping to Dallas, where they can be delivered to anywhere in the US within 48-hours. The bikes all undergo a 100-point inspection in Texas, which is made more impressive by the fact that Royal Enfield only has 25 employees in the US, half of whom based in Milwaukee. Getting any dealership to start carrying a new brand is an extremely tall order, and one that few dealers have any interest in taking on. Add to that the factor that North American two-wheeler sales are currently in decline.

“Not a lot of dealers want to add a new brand and one they really don’t know. But we are OK with that. We are in a marathon, not a sprint,” Copes said.