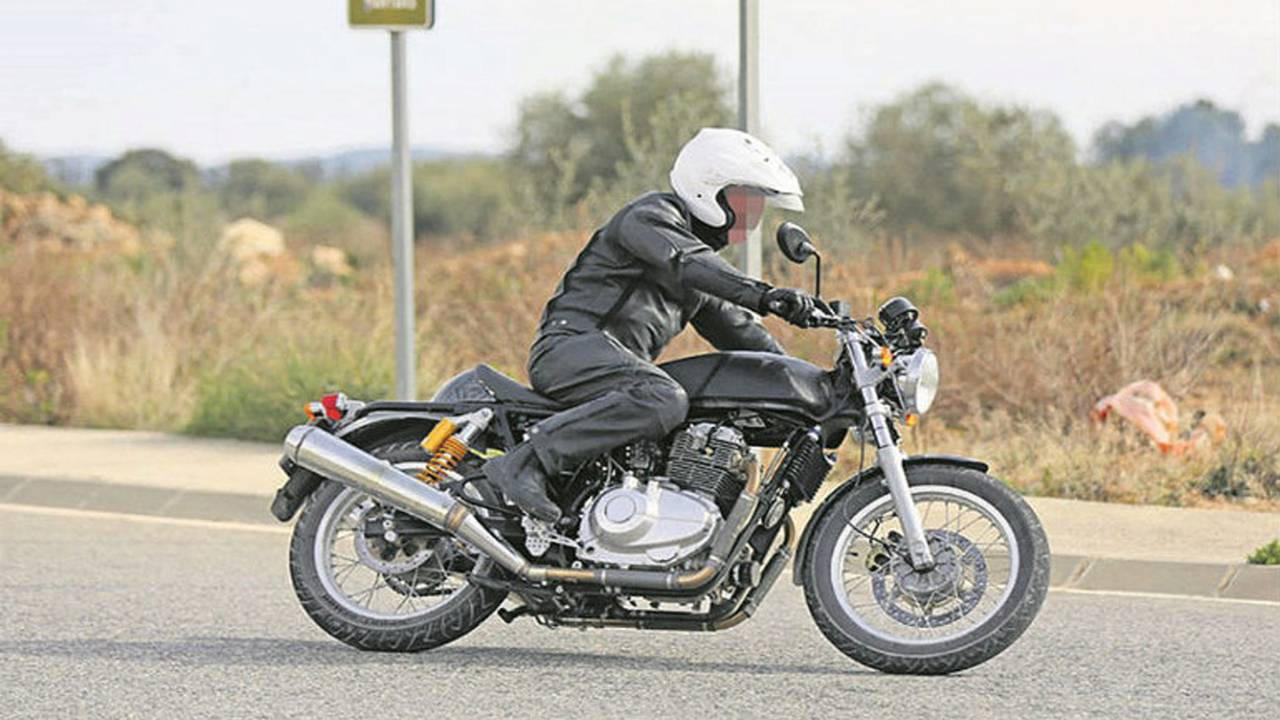 A strange Royal Enfield test mule with a parallel twin was seen out and about in India. Is it the rumored new 750cc bike?

Numerous sources in the UK and India have been forecasting the appearance of a Royal Enfield 750cc twin for over a year. Enfield CEO Siddharta Lai has expressed the company’s intent to become a global leader in the middleweight market, and recent spy shots of a blacked-out test mule with a parallel twin indicate that the plan is taking shape.

The test mule shows cafe racer styling with a big parallel twin, single front disc brake, Paioli shocks, and spoked wheels. This bike seems to be another indication of Enfield's seriousness of purpose,  along with the recent acquisition of the UK chassis specialist Harris Performance firm in 2015 and the hiring of former Ducati design director Pierre Terblanche.

Royal Enfield announced production plans to raise output to 500,000 bikes per year. Whether or not the market will support a middleweight roadster with modern engineering and a traditional English badge remains a matter of speculation, but the company’s investment in the Old Country’s Royal Enfield Technology Center indicates they’re ready to give it a try. Royal Enfield obviously wants to be a global player, rather than a regional force or niche market enterprise.

“Royal Enfield is the most profitable motorcycle company in the world in terms of percentages and we are thinking broader and thinking globally as we want to be the world leader in the middleweight sector,” Lai told England's Motorcycle News.

The new 750 is expected to make its debut at the EICMA show in November. Given the popularity of Triumph’s Bonneville range, and the new Harley-Davidson 750 Street, Royal Enfield has selected a challenging market segment. Time will tell if they’ve chosen wisely.