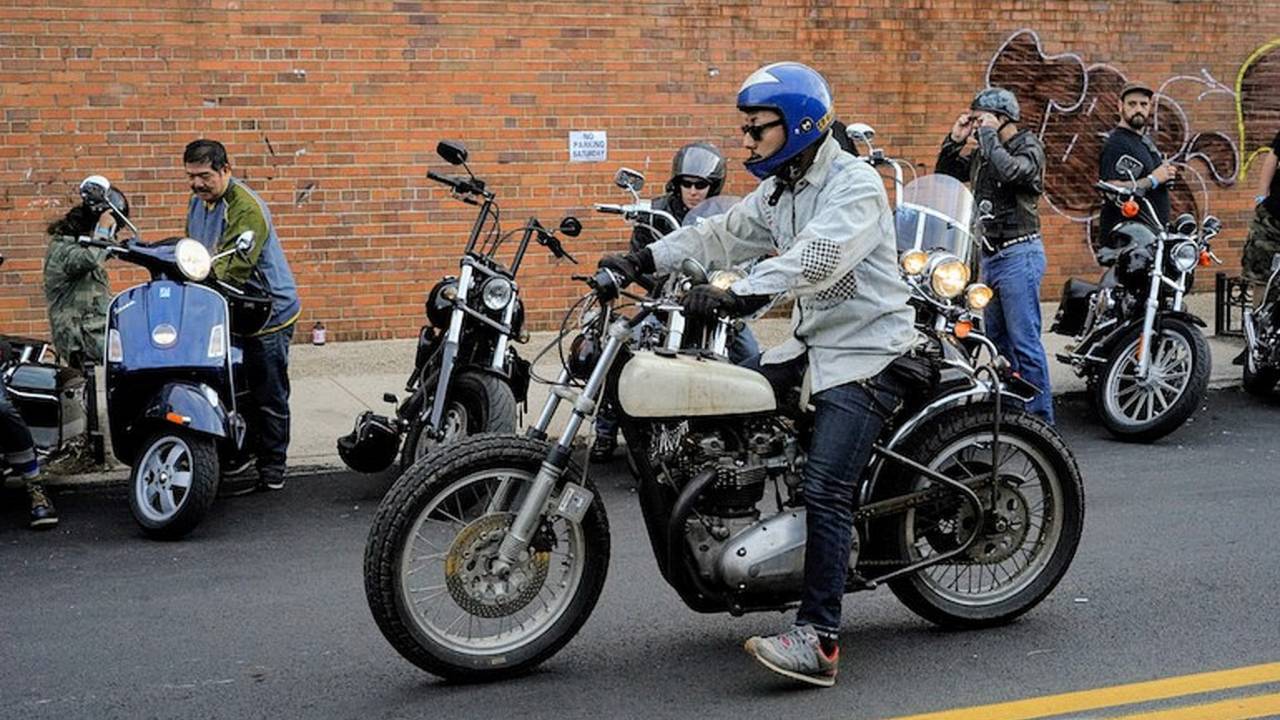 We visited a custom show that is fast becoming one of the most popular in the East Coast. Now that it has corporate sponsorship is it losing its edge?

Now with corporate sponsorship, will show lose its underground edge?

The annual Brooklyn Invitational Custom Bike Show brought hundreds of enthusiasts, gawkers, and scenesters to the Brooklyn neighborhood of Williamsburg last Saturday for an afternoon of cold beer, hot rides, and one seriously cool hang.

But the party didn’t stop once the sun went down; the festivities stretched well into the evening at the Root Gallery, as the throngs listened to bands, checked out the swag, got tattoos, and ogled the latest creations from some of the most respected names in custom motorcycle fabrication.

Spawned by local artists John Copeland and Jessica Wertz, along with Williamsburg mainstay (and former Indian Larry protege) Keino Sasaki, the Invitational is now in its ninth September in Brooklyn and like the rapidly gentrifying neighborhood in which it was born, the show’s influence is verging on the mainstream. For the first time, this year’s Invitational received corporate sponsored from an OEM: Indian Motorcycle.

READ MORE: Review: A Film About Traveling to the Brooklyn Invitational | RideApart

To that end, Indian enlisted three of the top names in custom bikes – Sasaki, Satya Kraus, and Roland Sands (partnering with skateboard legend and flat-track aficionado Steve Caballero) — to build out three custom Scout Bobbers for the show. All took the Bobber’s sporty, low-slung concept and ran with it, producing three killer Indian customs that were allotted slots on the show floor. Did they dovetail seamlessly into the exhibit? Perhaps not, judging by the ground-up customs and vintage machines that surrounded them. But the assembled didn’t seem to mind. (Too much)

And what an exhibit it was. From classic to custom, resplendent to gritty, the two dozen or so bikes on display represented today’s custom culture with both realism and idealism. From a gleaming chrome Monster to several raked-out, super-slim choppers, from local boy Paul Cox’s oil-leaker and Madhouse Motors’ J Shia’s grungy vintage BSA to a super-sharp red/white/blue MV Agusta, this show had something for everyone, from casual fans to hardcore gearheads.

Being held in a gallery keeps the Invitational from turning into a typical quote-unquote bike rally. Of course, there’s plenty of beer, vendors, and live music, and the scene is lively and loose for the most part. But one step into the main room, where the bikes were on display under bright lights, and it was immediately clear you were at an art exhibit. The crowd moved slowly and with relative reverence, pointing and murmuring and admiring the handiwork. Plus, in a new addition to the Invitational this year, a dozen or so hand-painted fuel tanks were sprinkled about on pedestals between the bikes, showing off the remarkable painting skills of some of the industry’s finest. These beautiful adornments gave us just one more thing to admire.

Step outside the gallery, though, and beers were being poured, backs were being slapped, and laughs resounded off the walls. There were bands in one room, swag and tattoos in another, and outside on the sidewalk dozens of bikes lined the block as onlookers watched the parade of hipsters and riders blasting up the street. Although there seemed to be plenty of unused space inside the gallery the real party seemed to be out on the sidewalk.

All in all, the Invitational is a great time. It’s safe to say, though, it’s definitely at a crossroads; it will be interesting to see what the future holds. Considering the widespread attention it now receives, the Brooklyn Invitational could certainly blow up to become one of the biggest shows/events on the East Coast. Or, it could remain a local gem; it seems the organizers would have no problem remaining low-key. I guess we’ll find out at the 10-year edition next September.