The great-nephew of legendary speed freak Burt Munro is set to commemorate his father's epic Bonneville Salt Flats run on a modern Scout.

The great-nephew of speed legend Burt Munro is set to commemorate the 50th anniversary of the New Zealander's record-breaking run by tackling the Bonneville Salt Flats astride an ultra gorgeous modern Indian dubbed the "Spirit of Munro Scout."

Lee Munro is hoping to make his ride on 13 August, 50 years to the day since his great-uncle clocked a record 184 mph astride a heavily modified homebuilt Indian Scout. Burt Munro was portrayed by Sir Anthony Hopkins in the film The World’s Fastest Indian. 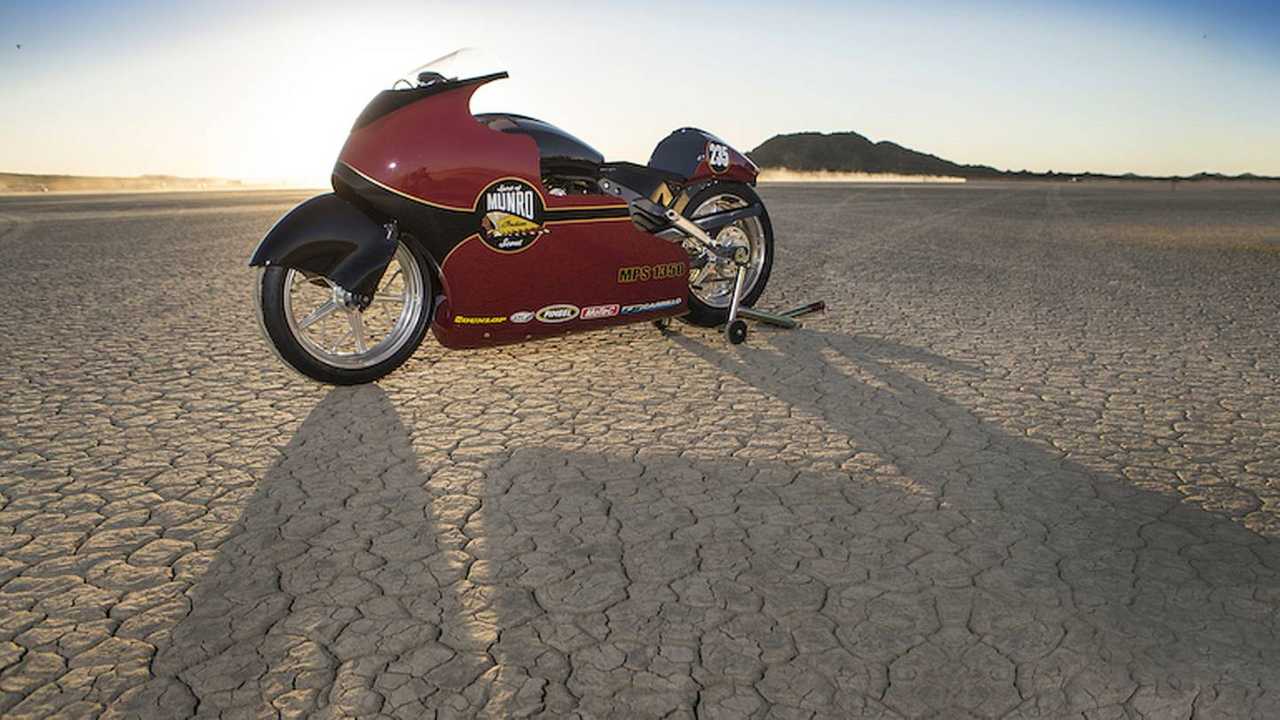 Road racer Lee Munro will pilot a modern-day Indian Scout with a powertrain modified by the Indian Motorcycle engineering team and a slick aerodynamic shell in an effort to become the world’s fastest modern day Indian motorcycle. The aim of the run will not be to break Burt’s record, but instead honor his storied legacy in the world of motorcycling. Indian’s team of engineers volunteered to be a part of this historic attempt, working on the project after hours.

From an aesthetic point of view, we say they've done a hell of a job. Just look at the thing! 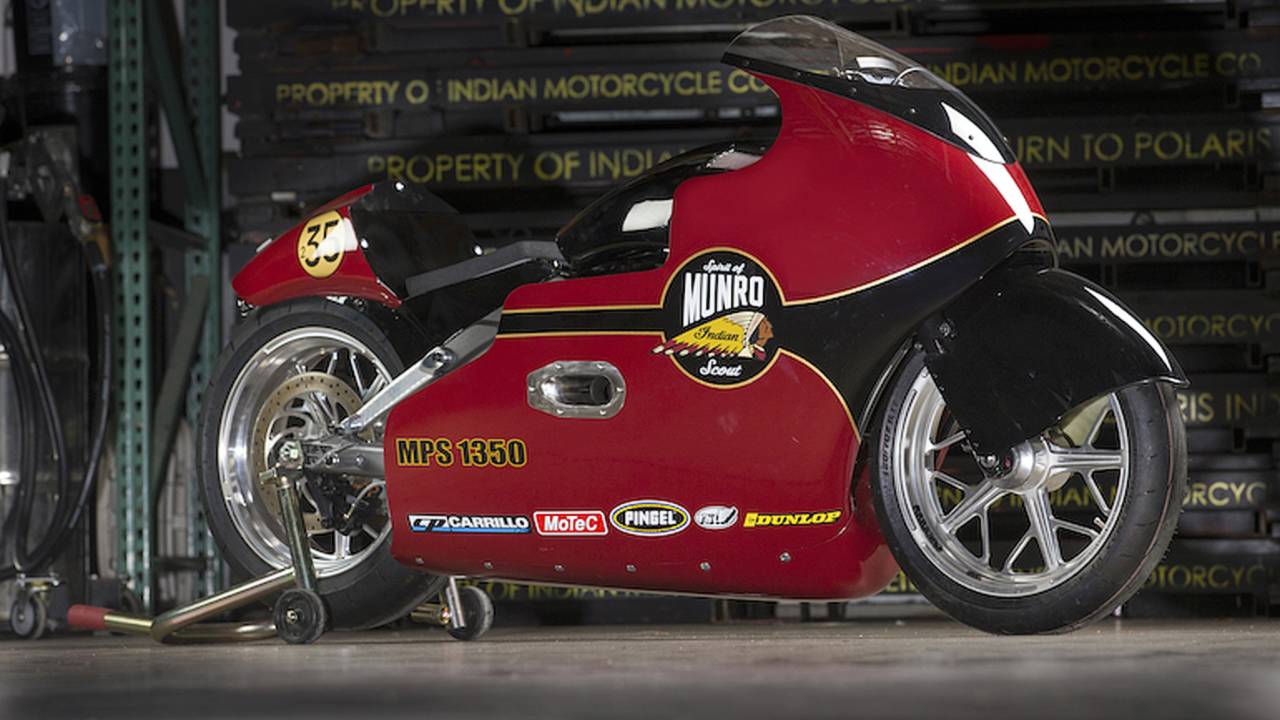 "Motorcycling is about shedding boundaries and limitations to go beyond the norm, and there is no better example of that than Burt Munro," said Reid Wilson, Indian Motorcycle marketing director. "Driven by unparalleled determination and a legendary passion for the pursuit, Burt Munro embodies the spirit of Indian Motorcycle and we couldn’t be prouder to honor his legacy with an updated version of his historic record on the Bonneville Salt Flats in August."

(Hopefully the salt will cooperate; conditions at the Bonneville Salt Flats have been poor in recent years, spoiling a number of attempts. –Ed) 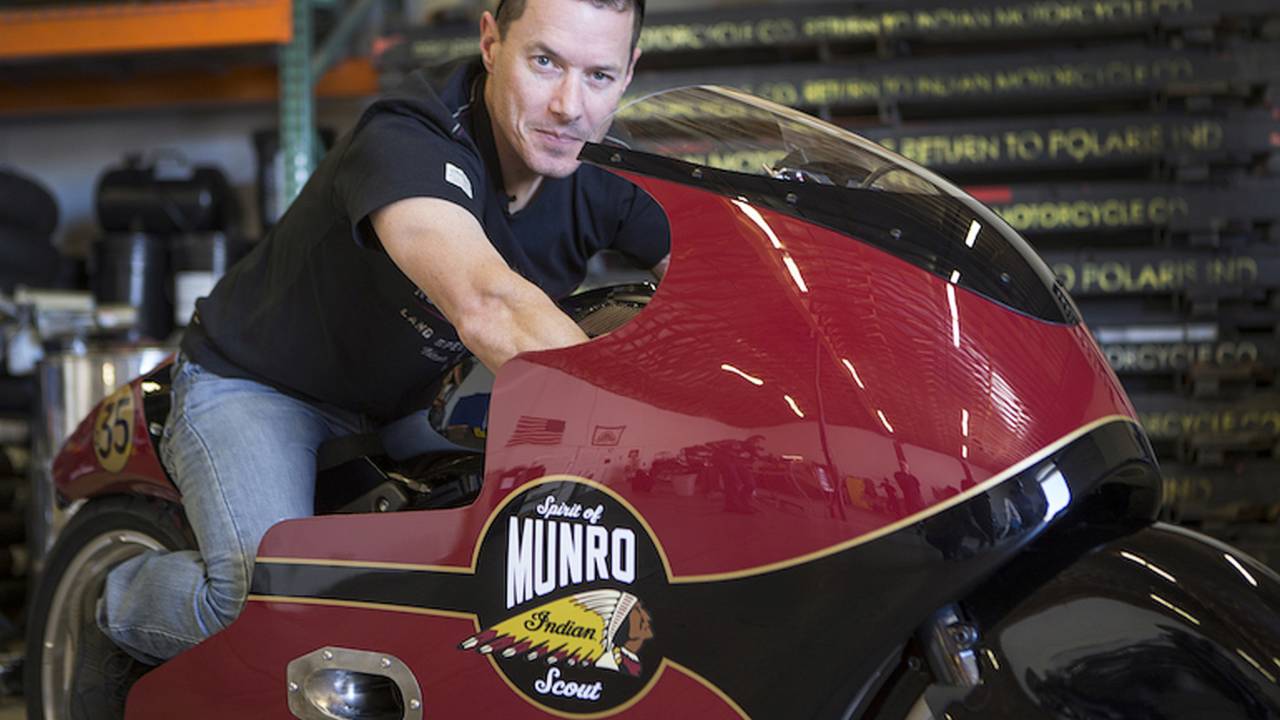 The team will perform several test runs in El Mirage, California, before going to the Salt Flats of Bonneville.

"My uncle Burt was a significant inspiration for my own racing career and his appetite for speed is clearly a part of my DNA," said Lee. "What Indian Motorcycle is doing is fantastic and I couldn’t be prouder to partner with them and pilot my own Scout at Bonneville in honor of my uncle and the 50th anniversary of his historic record." 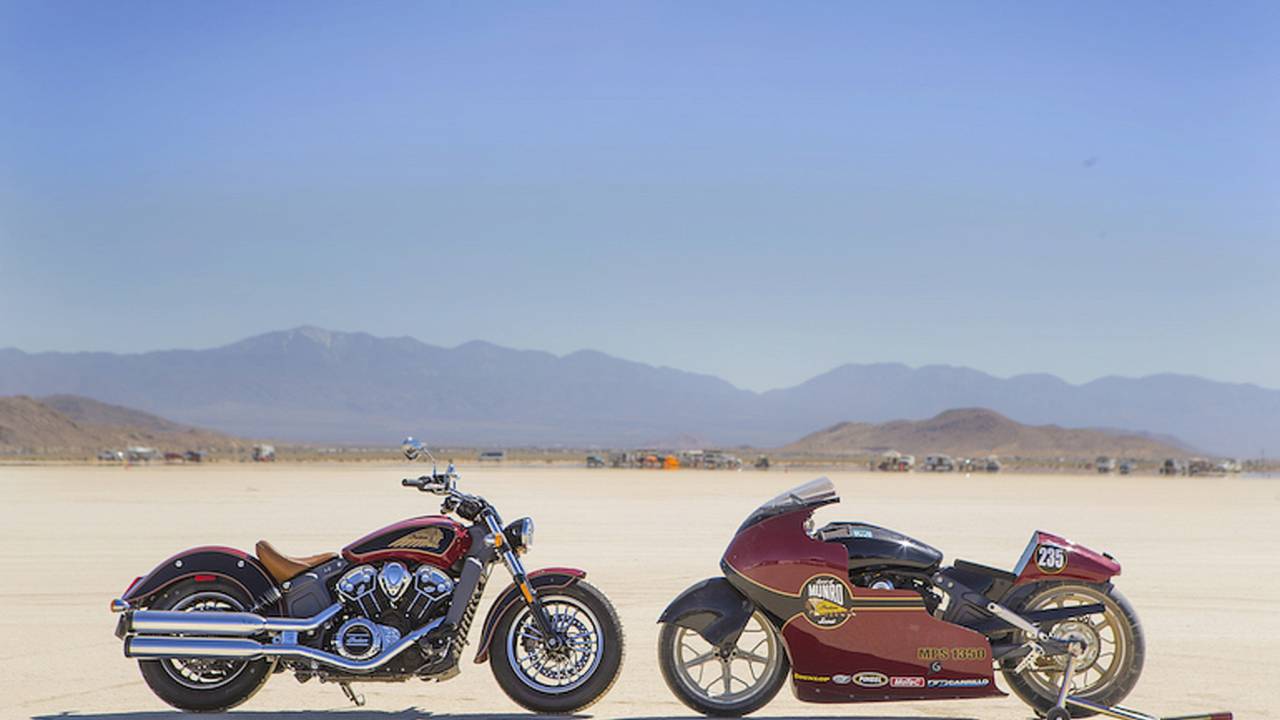 Born and raised in Invercargill, New Zealand, the same town as his great-uncle Burt, Lee Munro first began his life on two wheels via the high-adrenaline sport of downhill mountain biking. After winning many local races, even finishing fifth in the 2002 New Zealand Championship, Lee entered into motorcycle road racing. He won his first race and captured numerous titles on every road and street race circuit in New Zealand.

With plans to race the Isle of Man, Lee attended the Manx GP in 2016 to gain knowledge of the track and better prepare himself. Most recently, he won the vintage class at the Methven Street Races earlier this year on a 1941 Indian motorcycle. 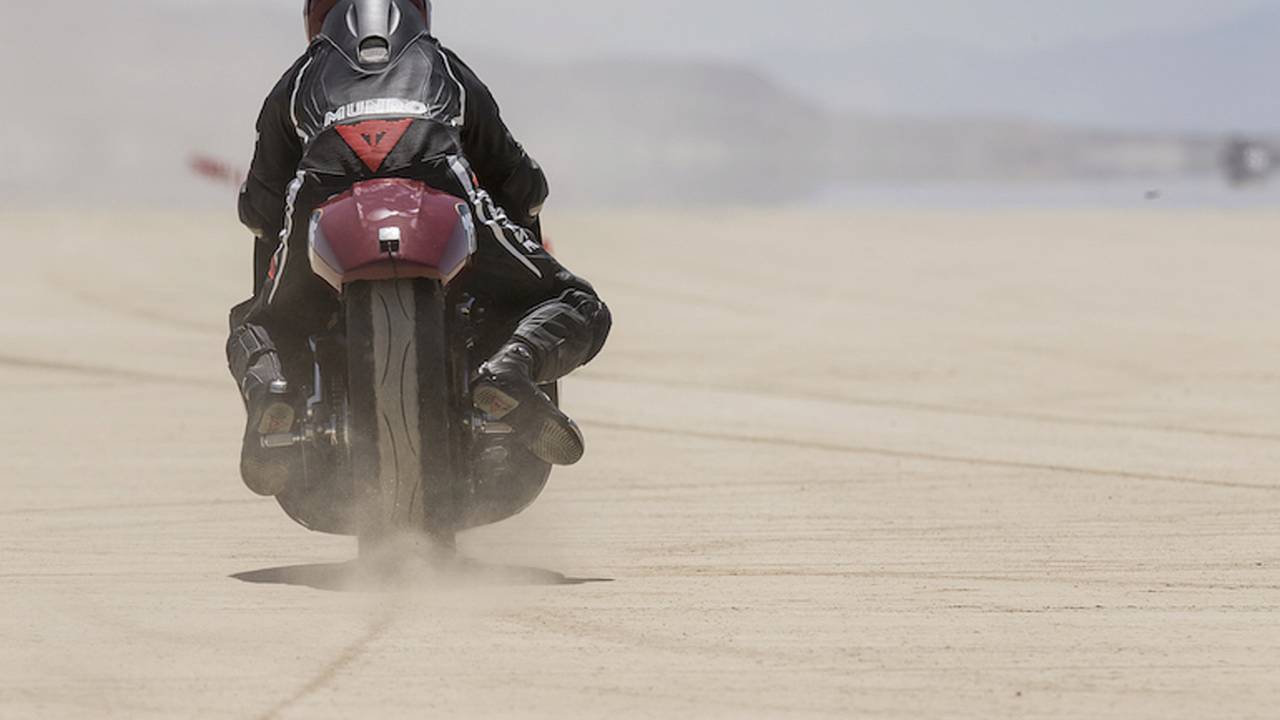