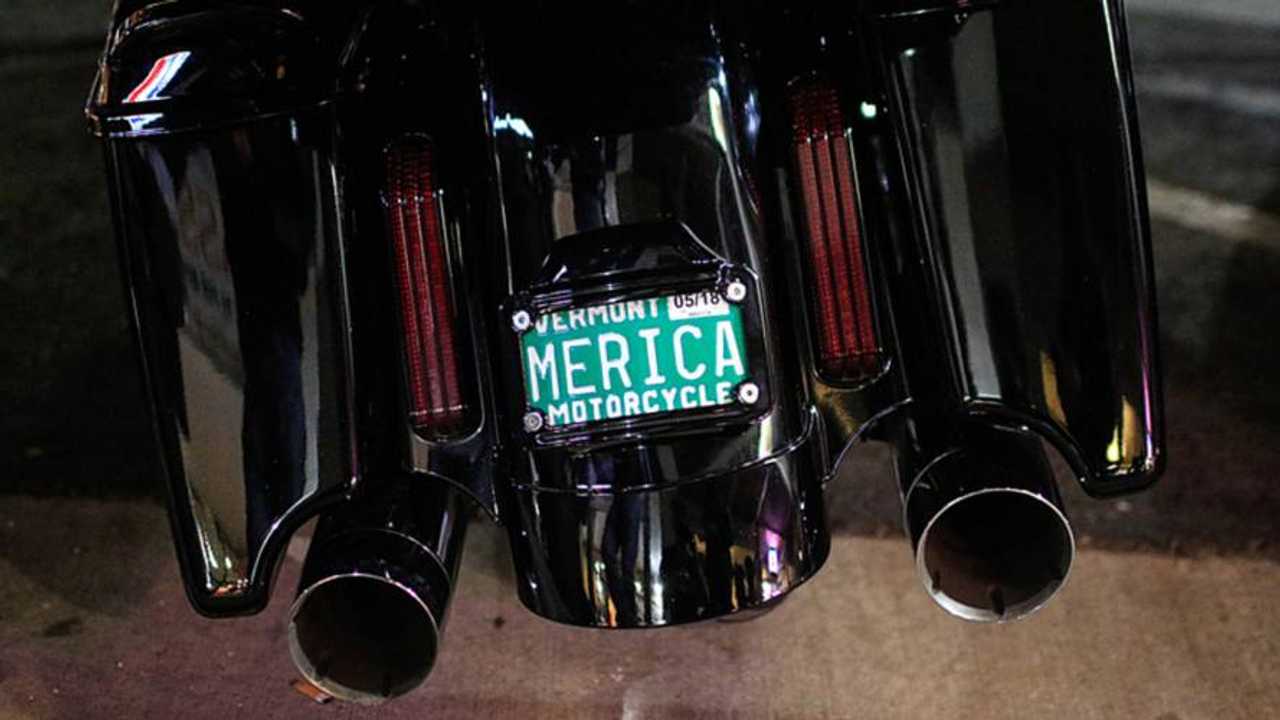 Justin W. Coffey attended his first Sturgis Motorcycle Rally this past summer; believe it or not he plans to go again

(A quick note: I usually try to keep RideApart relatively PG, but as my departed grandfather – a sports reporter in his day – once said about foul language: "Sometimes it just fits." So, fair warning: this article contains some adult language and adult themes. – Chris Cope)

READ MORE: The Sturgis Rally, Then and Now | RideApart

My taxi driver, whose wife was actually the one driving – a 10-year-old Chrysler Town and Country – was eager to share his thoughts on what classifies as a motorcycle, where to buy a cutoff shirt with a custom logo ("Just $30 and you can put whatever you want on the back!"), and how well the transition lenses worked on the $10 shades he'd just bought at a stand. I suspect he'd been enjoying some kind of substance beforehand – illegal or otherwise.

This guy was stoked, and spent our entire ride from Rapid City to Sturgis chain smoking Camels, fielding phone calls, and sorting through his extensive collection of heavy metal music. His wife, a very well-fed individual, said one thing the entire time. When her husband questioned her choice to exit the highway early and head into town, she said: "You was just a drip in your daddy's drawers the first time I came to Sturgis."

If first impressions are a thing, then this was an amazing one to leave on someone who'd never been to Sturgis. I told people about my taxi ride all weekend. So, to be fair, it was the perfect impression: the kind of experience that sets the tone for the next few days, which, as you'll read, were amazing.

Sturgis had been a place I'd avoided ever since motorcycles came into my life. It was for fat, old, dentists and their equally obese wives, who turn Wild Hog on the weekends then make their annual pilgrimage from the middle of some fly-over state to this small town in South Dakota. It was for Chopper Bros and their beards. For the Hells Angels and the Banditos, or the fella from Florida who rides his motorcycle just once a year, in shorts and sandals. I could smell the cigarette smoke and stale beer all the way from my tranquil home in the Pacific Northwest. I had an opinion, and like so many people, it was based off what I'd heard, not what I knew. Or for that matter, what I had experienced myself. But that was about to change.

I talked Indian Motorcycle into loaning me a big silver sled for a few days, and planned to spend all of my time off the bike with a Coors Light in one hand and a camera in the other. I wanted to see this stuff – the bikers and the beards and the old boobs, all of it – and I wanted to take plenty of pictures because I presumed this would be the only time I'd ever come to Sturgis.

"You see what my shirt says? Did you read it?"

A man with the words "I EAT PUSSY LIKE A FAT KID EATS CAKE" printed across his T-shirt was eager for me to run my eyes across his chest and take a photo of he and his wife (the cake, I guess).

Another guy, with an equally impressive shirt, dragged his wife and friends over to have their photo taken. His wife told me they'd met at Sturgis five years ago, and got married that same weekend.

"The best two and a half years of my life," she said with a dark smile.

She then leaned over the rail of the second-story balcony at the Iron Horse Saloon and proceeded to scream: "Penises, show me your goddamn penis!"

Later that night I stumbled upon a group of maybe 10 guys, Boomers at the back end of their retirement, seated on the stairs outside of a barber shop. They were grey haired and handsome, enjoying cold beverages and just watching the parade pass by: A man with a weird, horn-clad headdress. A woman with some kind of animal tail attached to her backside. An older gentleman sitting between bikes on Main Street, enjoying an ice cream.

Later, I wandered into some "famous" watering hole and watched a woman with massive fake boobs and light-up nipple tassels have her photo taken with just about anyone within reach. I opted out (The road to hell is paved with missed be-tassled woman photo opportunities – CC).

Instead, I climbed to the second story and watched the tomfoolery from 20 feet up. A young lady in a crop top approached with a tray of cigars strung around her neck and suggested I might want the vanilla flavor. Below, an intoxicated old man was pulled onto the bar by one of the many Go-Go gals, laid flat on his back and his shirt ripped open. A whip cream smiley face was drawn on his exposed abdomen. She then licked it off. Main Street was amazing.

The Buffalo Chip is legendary; or at least that's what they claim. To be honest, I'm not sure what it is. A bar? A campground? A music venue? A racetrack? All of the above? What I do know is that it's not in Sturgis proper, but about 20 minutes outside of town. I rode out, parked my 2018 Chieftain next to 10,000 other chromed and bagged and chopped things, and made my way to registration.

I was here to see the American Flat Track series race here for the first time. It was a TT, which, instead of the usual mile or half-life oval, is a race course with both left and right turns (gasp!) and a big ol' jump right in front of the bleachers. I managed to get a spot at the end of the Start/Finish straight, where riders muscled their way into Turn 1, hard on the rear brake, back tires chirping – an interesting contrast to the sound of 750cc twins on the rev limiter, which echoed across the race course just moments before. Twins and singles practiced, then qualified, then raced. There were red flags and a few wrecks. A highlight: Sammy Halbert crashed on the last corner during the second round of qualifying, picked his bike up, then started running alongside it – round the final corner and down the front straight – to cross the line ahead of the last racer and to qualify for the final. Hustle. I love that. He finished fourth in the main after starting dead last.

Someone told me beforehand that everyone rides slow at Sturgis, and they do. Maybe all my years riding in and around Los Angeles have made me an impatient motorcyclist. But really, what’s the rush?

I did wander my way up to Mount Rushmore – what a friend described earlier as "just faces in rocks." OK, yeah, maybe it was a little anticlimactic, but beautiful in its own way. And the roads and byways that cut their way around the Black Hills are more than enough to make up for any lackluster National Monument experience. And while I had limited time to enjoy them, what I did ride made me want more.