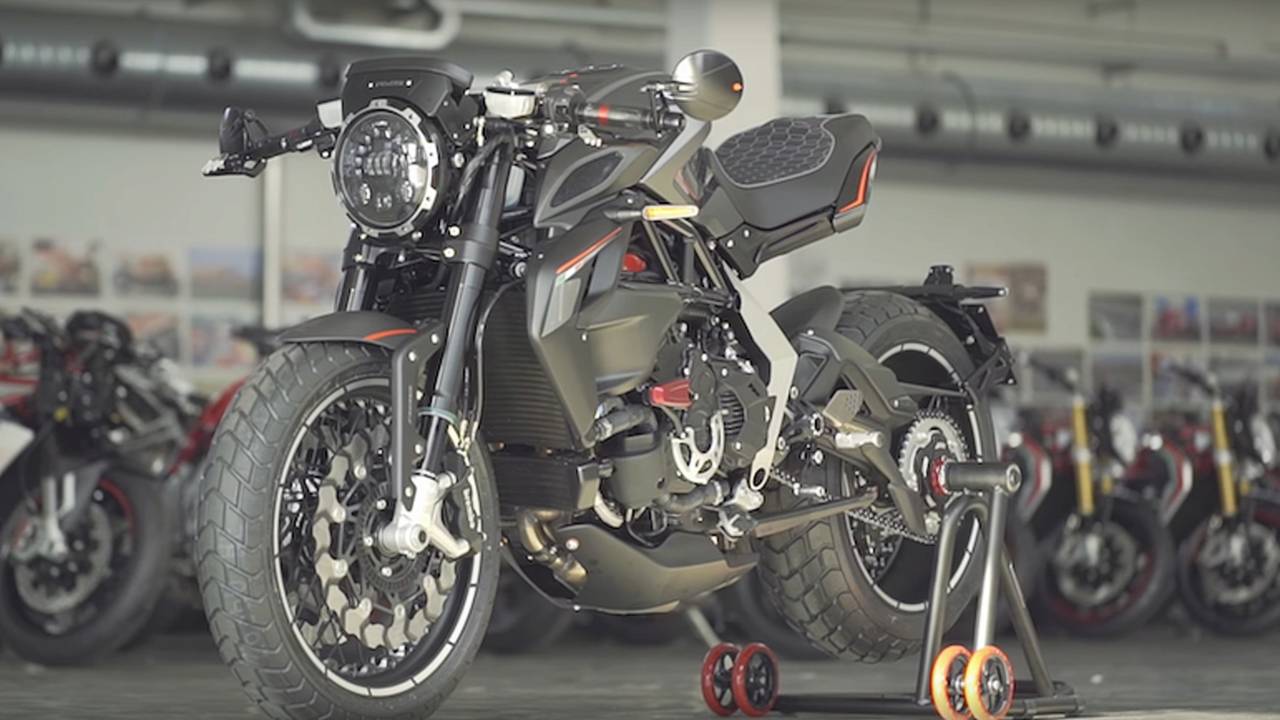 If motorcycles were cooking, we’d probably say that MV Agusta’s new limited-edition RVS #1 is “infused with hints of scrambler.” Which is to say, there are some scrambler-esque elements but not so many that it’s actually anything other than a sexed-up Dragster 800.

The model, which was first teased about a month ago, has shed some weight from the standard Dragster 800 thanks to carbon bits and bobs. Scrambler-like tires give the bike a particularly bad-ass look, which is reinforced by a skull logo that shows up on various parts of the bike.

We can’t help wondering if retired professional wrestler Stone Cold Steve Austin will take umbrage at the fact the logo looks pretty similar to the one he’s been using since his 1990s hey-day. Never a good idea to rile the Texas Rattlesnake.

"If you love designer Italian motorcycles gimme a 'Hell yeah!'"

But maybe Stone Cold will appreciate the beauty of the machine. There’s no doubt that it’s gorgeous.

“ is a completely different company from everyone else,” said company President and CEO Claudio Castiglioni. “We are driven by an objective to deliver something that always has a ‘wow’ effect.”

Roughly translated from Italian, RVS stands for “Special Vehicles Department” and it appears that with this flavors-of-scrambler RVS #1 model, MV Agusta is creating its own sort of factory customization wing, similar to what Harley-Davidson (MV Agusta’s former owner) does with its CVO bikes, or what Indian has done with the Chieftain Elite.

“Motorcycles are the embodiment of technology and passion molded into a physical object,” said Technical Director Brian Giller. “So we take... a design and bring it together into a functional object; we bring it together with passion and emotion.”

MV Agusta has struggled over the years to find solid financial footing, so it’s anyone’s guess as to whether the new RVS concept will work (Especially considering some of the dealership horror stories we’ve heard in recent years). But we can’t help cheering for a company that delivers bikes that look this good.