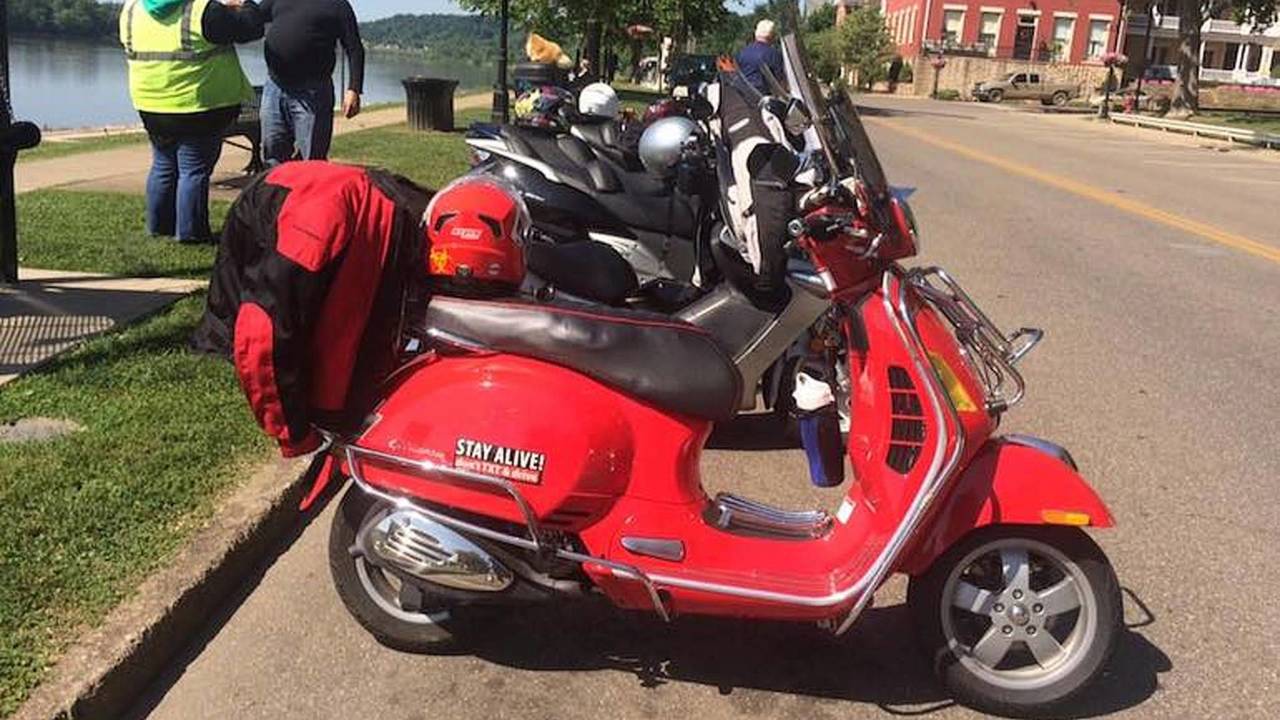 We tend to think of scooters as short-distance machines, but a group of enthusiasts in Ohio have challenged that thinking.

A recent story in the Dayton Daily News illustrated the popularity of scooters in the Buckeye State. Led by Gary Honnert on a Piaggio BV 350, a group of eight riders set out to circumnavigate the state, logging about 1,000 miles in the process.

“I’ve wanted to ride around the perimeter of Ohio, on backs roads, for a while,” Honnert said. “So this year I started making the plans. I fully retired from Sinclair Community College two years ago so I have the time.”

He mentioned the plan at a meeting of his club, the Gem City Rollers, and found that seven other members were willing to join him on the trek. The scooter gang set out from Clayton, Ohio, (in the central western part of the state) at the end of May and the ride wound up in Lebanon (north of Cincinnati) four days later on June 2, Honnert’s 65th birthday. The clockwise route then took them north to the shores of Lake Erie, east through the Wayne National Forest and south along the Ohio River. They also made stops in Perrysburg, Geneva, and Marietta. (You may want to open Google Maps in a new window to follow this)

“We rode about 250 miles each day, spending between seven to nine hours on the road,” Honnert said.

His original route was tweaked slightly by Carl Frazee (Vespa GTS 250) who was appointed ride leader and navigator, having a GPS mounted on his scooter. Carl also provided laminated, turn-by-turn directions for each day.

“We also had a chase car with a trailer,” Honnert reported. “The agreement was if there was a breakdown and we couldn’t fix it in 15 minutes, we’d load it on the trailer and fix it overnight.”

The only mechanical issue the group faced was a loose muffler bracket, which was quickly repaired in a parking lot. When a few of the elders grew tired, their scooter would go on the trailer and they could ride in the chase car for a while. The riders ranged in age from 39 to 78, mounted on a variety of machines. Their mounts included two Honda Silverwings, a Honda Reflex, a Vespa GT 200 and two Suzuki Burgman 400s.

Honnert said the group was well prepared for the journey, with rain gear and coolers in the chase car, and that they were fortunate to have good weather over the four days.

“Our only tense moments came when an aggressive motorist in Cleveland cut into our formation,” he said. “And we encountered a couple of deer and one angry dog. It was a great ride!”