Look at that, they even painted it gold!

Building on the extraordinary enjoyability of the K 1600 B, BMW Motorrad has pulled the cover off its new, overtly USA-targeted K 1600 Grand America tourer. 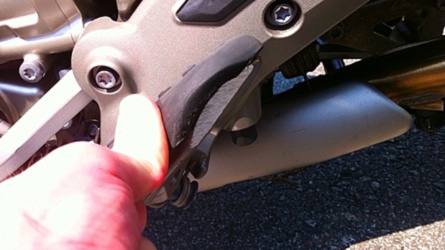 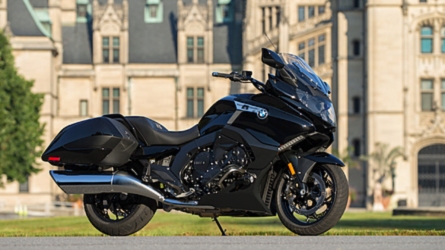 The K 1600 Grand America builds upon the comfort of the bagger-inspired (I love the bike, but I don’t think it’s a true bagger) K 1600 B, making a few modifications for comfort and adding a number of features – a top box most noticeably. Comparisons with the new Honda Gold Wing are inevitable, but having spent several days this summer astride a K 1600 B I feel the German machine will more than hold its own.

The K 1600 Grand America’s six-cylinder engine delivers a heart-palpitating 118 kW/160 hp at 7,750 rpm, and hits maximum torque of 175 Nm at 5,250 rpm. Infuriatingly, however, BMW has speed-limited the bike to just 101 mph because of what it calls “the principle of the American Way of Riding.” It would be far less insulting for the company to simply acknowledge that a topbox can impact wheel load distribution and thereby have a negative effect on riding dynamics, stability, and safety, and leave it at that.

Engine protection bars, heated grips, seat heating, cruise control and an especially high windshield all come standard. An audio system is also a stock item on the BMW K 1600 Grand America, though if it… uh… adheres to the principle of the German Way of Rocking in the same way as the K 1600 B, riders may be relying on the bike’s Bluetooth system to listen to tunes in their helmet.

No prices have yet been announced for the K 1600 Grand America, nor a release date.