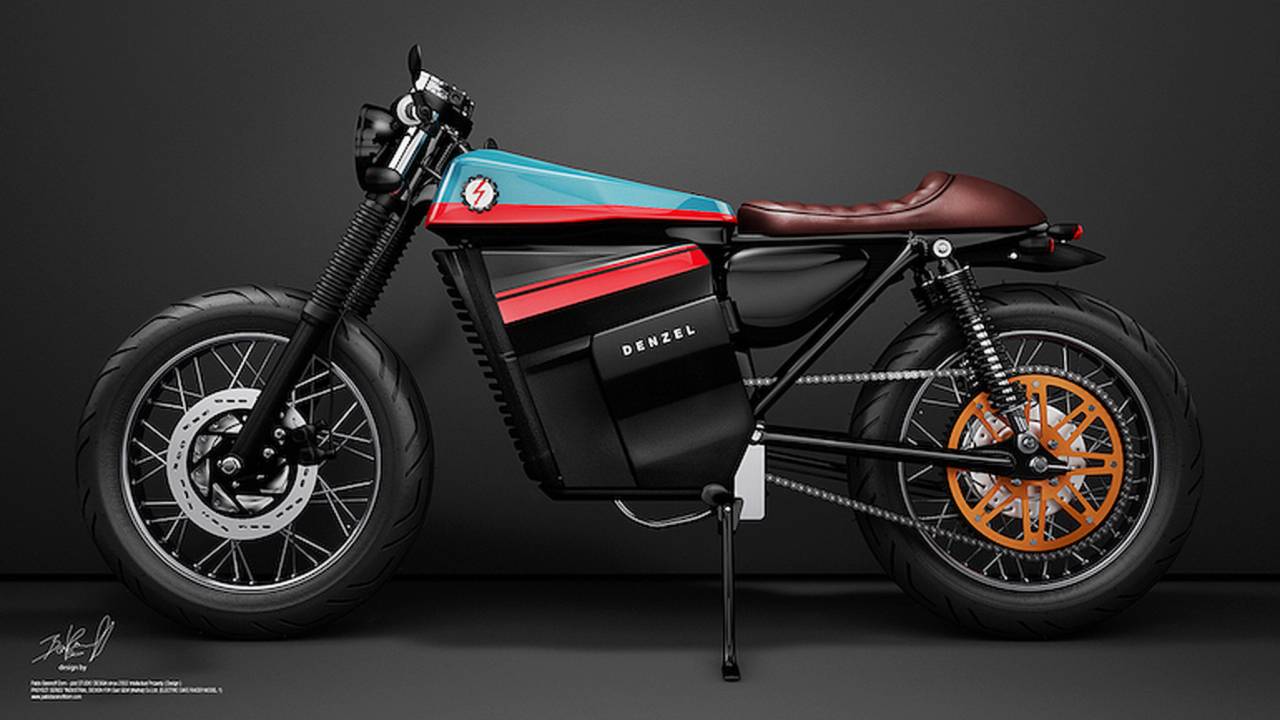 As the electric motorcycle market continues to grow, it’s no surprise to see players from outside the motorcycle world get involved. Recently a Spanish designer partnered with a Chinese factory to deliver a pair of sexy, reasonably priced electric cafe bikes that are heavily influenced by classic Hondas.

The project is a collaborative effort between Barcelona-based design whiz Pablo Baranoff – a self-described multidisciplinary artist and designer with a wide range of skills that combine innovative art and design principles – and Russian native Alex Guliyants, the general manager of the Chinese electric vehicle company East Gem, aka Denzel. Baranoff has ample experience designing electric bicycles, and Guliyants’ East Gem factory is equally experienced running a production operation that builds them. The idea was to create a good-looking electric motorcycle that is as affordable as it is reliable, and it’s hard to say Guliyants and Baranoff didn’t deliver on exactly that.

Baranoff admits that he had no experience designing motorcycles, nor did he follow the custom moto scene prior to this project, but the Spaniard spent weeks scouring the interwebs for one-off cafe machines to study. Ultimately, he decided to start from scratch, though he did borrow elements from other existing bikes to help piece together the two machines. He also thoroughly researched what was vital to the machine for daily use and what superfluous parts could be jettisoned.

The two bikes – unimaginatively dubbed the “Honda Model Electric Cafe Racer 1 and 2” – were built to compete with 125cc bikes and are loaded with a lot of pretty cool practical features for such a reasonably priced two-wheeler.

The bikes are driven by 7500W power mid drive motors powered by 72V Panasonic lithium-ion batteries. This all translates to a top speed of just over 60 mph, and a range of 75 miles thanks to their curb-weight of about 160 pounds. Both bikes also feature Kelly KLS 7218SW controllers, regenerative braking, wireless access key with alarm, small storage compartment, 17-inch rims, cruise control function, speedo and tach, and a digital display in the “tank” showing battery-level, voltage, and energy.

East Gem is currently taking orders for these fantastic little machines, and both models will begin shipping on New Year’s day 2018. A 30-percent discount is being offered right now for buyers who are willing to pony up half of the $5,000 cost. The electric cafe racers both also come with a five-year warranty. You can get more info on the East Gem website.