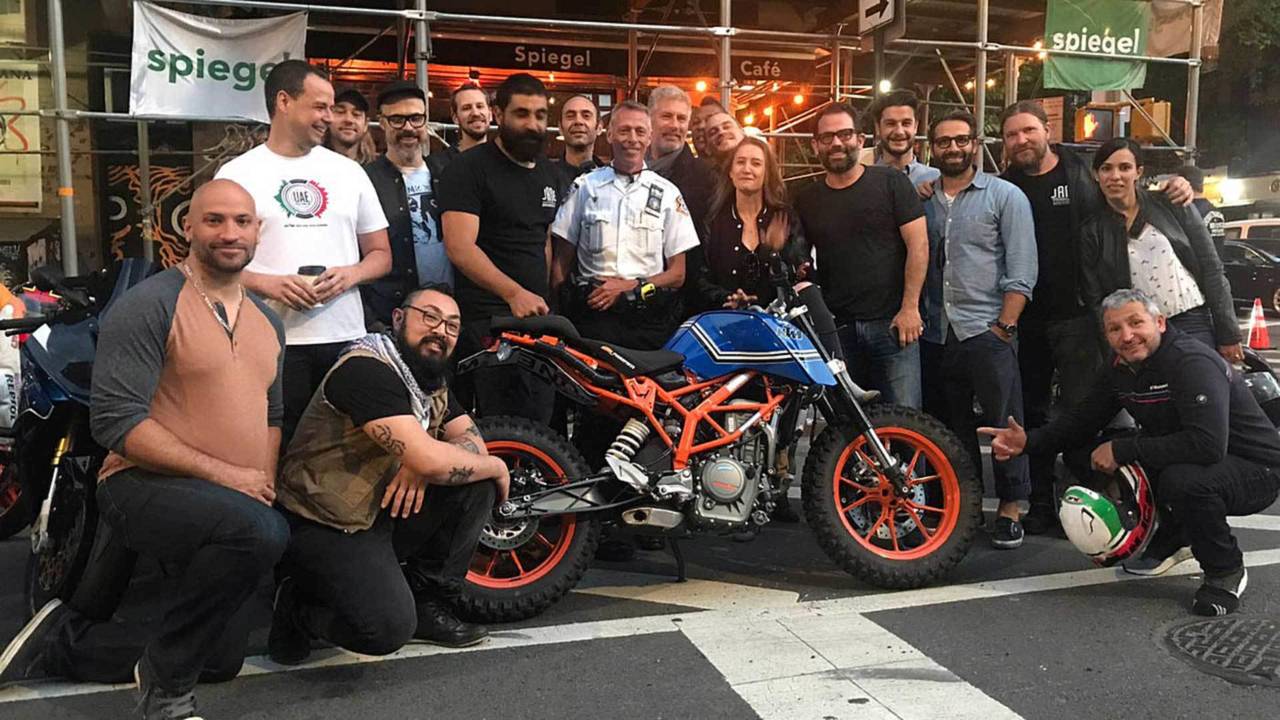 When a Duke 390 went missing, New York's motorcycle community leaped into action and recovered it

Shumel Avital—Israeli Army vet and owner of Spiegel, a restaurant and motorcycle bar in New York's East Village—got a nasty shock when he showed up to work on June 5, 2018. His custom KTM 390 Duke, usually seen out front, was AWOL. Avital posted shots of the bike and his phone number to Instagram, sharing images with many contacts and a large group of Big Apple motorcycle club members including the Missfires, Motofellas, and the NYC Classic Riders. They form a tight group that meets weekly at Speigel for the very popular "two wheel Tuesday nights."

A truck driver saw the image and photographed the bike, with its rider, in the Bronx. Upon seeing the picture, Avital boldly (or foolishly) decided to go look for the bike. He contacted his friend Brian Hamilton of the New York HIghway Patrol and set off on his larger, faster KTM in hot pursuit. Here's where the story gets real interesting.

Avital saw his Duke being ridden and followed. He even stopped next to the later identified thief, Dequavias Lewis, at a red light. Keeping his cool, Shmuel persuaded the Lewis to park and chat about the bike.

Avital pretended to be interested in buying it. Lewis first stated, "I just bought it," then changed the story to, "it isn't mine."  Avital continued to distract Lewis with conversation as officer Hamilton pulled close in a patrol car.  When Lewis tried to leave Avital tackled him and held him until officers arrived. Lewis is charged with receiving stolen property, possessing stolen items, and my favorite, riding without a license.

DOESN'T: Officer Runs Rider Off the Road: Right or Wrong?

By Tuesday afternoon, Avital's super cool KTM Duke 390 was back in its spot in front of the Speigel just in time for the  weekly two wheel tuesday crowd.

This almost never happens. Recovery rates for stolen motorcycles are depressingly low, and Avital counts himself lucky that with the help of good friends he beat the odds.

In another bit of happy news, Avital told The New York Daily News that he would like to bring Lewis into the biking community, "the right way."