Officer Runs Rider Off the Road: Right or Wrong? 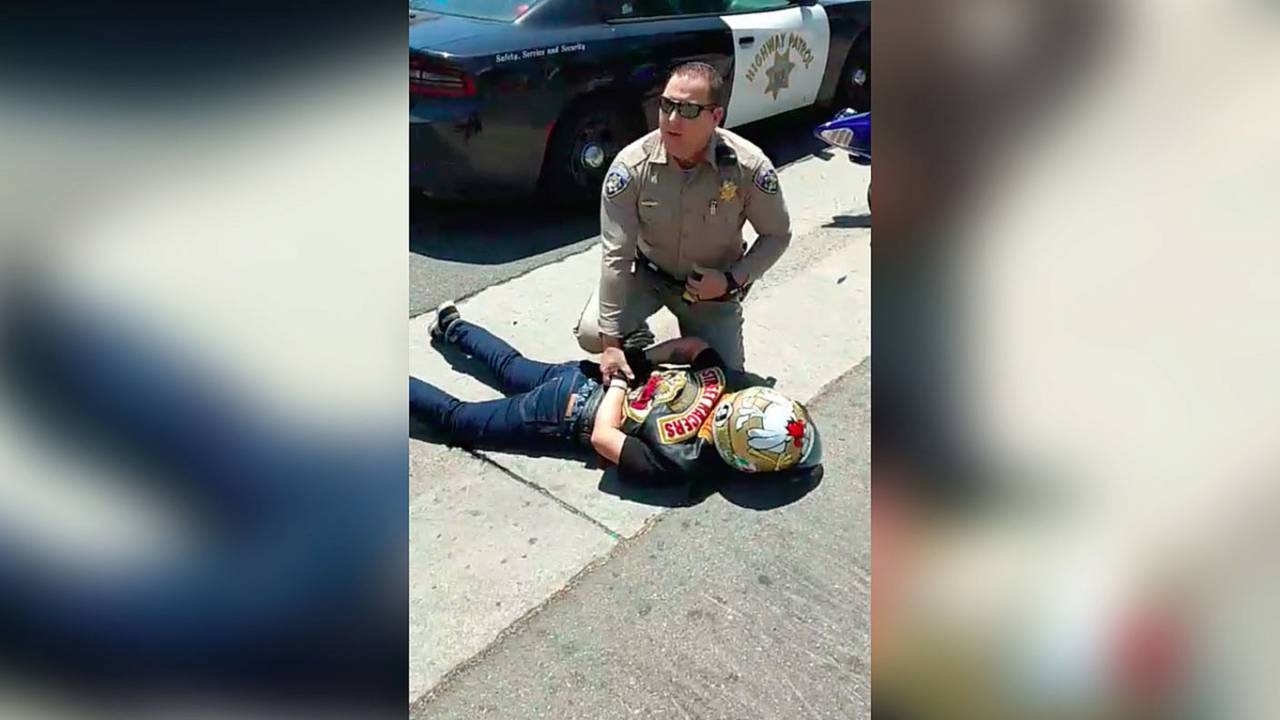 Groups of riders occasionally have a bad rep when it comes to road safety and obnoxiousness. Authorities have a bad rep for being overzealous in their interventions. In some cases, however, the two sides of the medal aren’t completely clean. With thousands of bikers taking to the streets last weekend, there were bound to be some incidents and one intervention making the headlines is one in which an officer ran a rider off the road.

Here in the States, hundreds of Memorial Day rides took place across the country over the long weekend of May 25, involving thousands of riders. Luckily, very few problems have been reported and most riders got to enjoy a sunny Sunday on the road to honor their fallen brethren. However, not all the rides went smoothly and a group in California will remember their Memorial ride for a long time.

They were 300+ who showed up for the Fallen Brother Ride and rolled out of City of Industry, California, to attend a fundraiser in Rancho Cucamonga. The hive was buzzing its way down eastbound 210 freeway when a CHP officer in an Interceptor entered a pursuit with one of the riders—young Raul Martinez who was caught passing a vehicle on the right shoulder.

The officer knitted his way to Martinez, and tried to get him to pull over—a maneuver certain riders criticized for being dangerous. The young rider initially seemed to get the message, pulling up on the shoulder and slowing down behind the cop car before speeding up and taking off again. If the plan was to blend in the group and get off the hook, the attempt failed.

As the group exited the highway, the officer continued his pursuit of Martinez. As the group pulled to a red light and stopped, the rider and his chaser ran through the intersection before the officer pulled what could be described as a Police Intervention Technique (PIT) maneuver. Alleged ride organizer Sonia Villalobos recorded the event.

The Interceptor pushed the motorcycle to the side of the road where Martinez tumbled and fell off his ride, luckily unharmed. As riders intervened to check on Martinez, the solo officer proceeded to arrest him under a thunder of disapproving comments.

Most witnesses cried that the brutality of the intervention was uncalled for, which would normally be the case hadn’t Martinez apparently been running away. So it begs the question: should you decide to run away from the police, whether on two wheels or on four, shouldn’t you also be willing to accept the consequences of that decision?

Granted, police trying to intervene in the middle of a hundred-plus group of bikers can look like a complete clustermess. Who is targeted and how can they be reached and pulled over safely? Plus, the image of a car pushing a motorcycle is always frowned upon. On the other hand, if you’re riding within a group and that strength in numbers makes you feel invincible, you are also part of the problem.

The incident is under investigation. Some riders plan to take legal actions against what they judge to be excessive measures, commenting that law enforcement should protect them and not run them off. We'll let you know if anything comes of that.