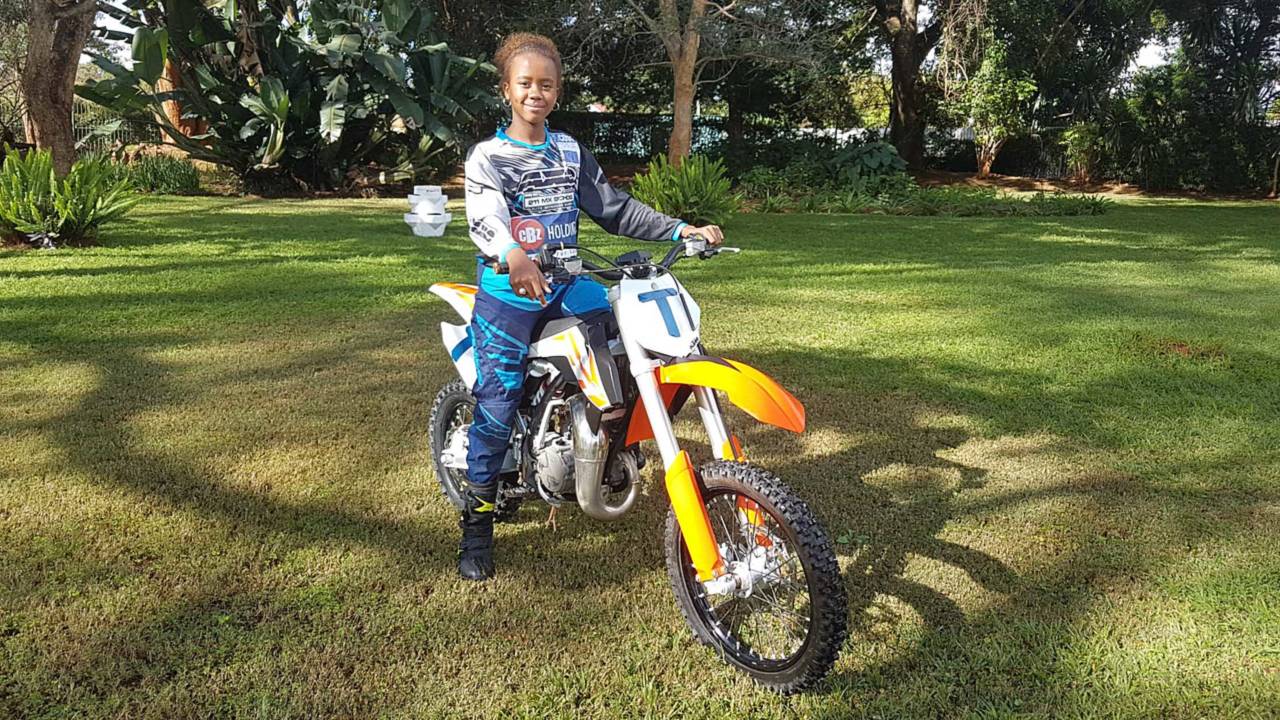 What were you up to when you were twelve? Tanya Muzinda is the first female motocross champion in Zimbabwe and is kicking open doors one race at the time.

Some kids worry about their video games and school, others kick butts and break boundaries

What were you up to when you were 12 years old? I was finishing my last year of elementary school and life revolved around my Gameboy, Pokemon—back when there were only 150 of them—and my Pikachu Tamagotchi. Changing the world wasn’t exactly a priority. Thankfully, not everyone is that nerdy and some kids do amazing things. Kids like Tanya Muzinda who inspires and breaks gender boundaries one motocross race at the time.

“Most people think that you can’t do it because it is only a sport for boys and I am a girl, but I want to show them that you can do anything,” Muzinda told Of Africa Magazine. If those aren’t some of the most inspiring words you’ve read, you need more coffee.

Her passion for dirt bikes and off-road racing started at the age of five. She explains that it all started when her dad took her for a ride on his own motorcycle. It didn’t take long for young Tanya to jump on a saddle of her own and compete in her first race. Over the course of five to six races, the young lady picked up the pace and stepped on her first podium.

“I finally made it to the third position. And since that day, I always wanted to be on the podium,” she said.

Fast forward today and Tanya hasn’t lost the fire, becoming the first female motocross champion in Zimbabwe. Her track record is impressive—in case “first female champion in her country” isn’t already impressive enough. In 2013, Italian former motocross professional Stefy Bau took Tanya under her wing and started training her. Tanya became a European Union’s ambassador for food security in rural areas and was awarded a flight of titles and prizes including Sportswoman of the Year at the Zimbabwe International Women’s Awards.

She is expected to take her competition to the next level and to travel the world to push her talent even further. Her ambition? Become the first female African motocross world champion. Not so farfetched a dream seeing how far she’s come over the course of only a few years.