More Range and Power - Improvements to the 2016 Zero Motorcycles Lineup 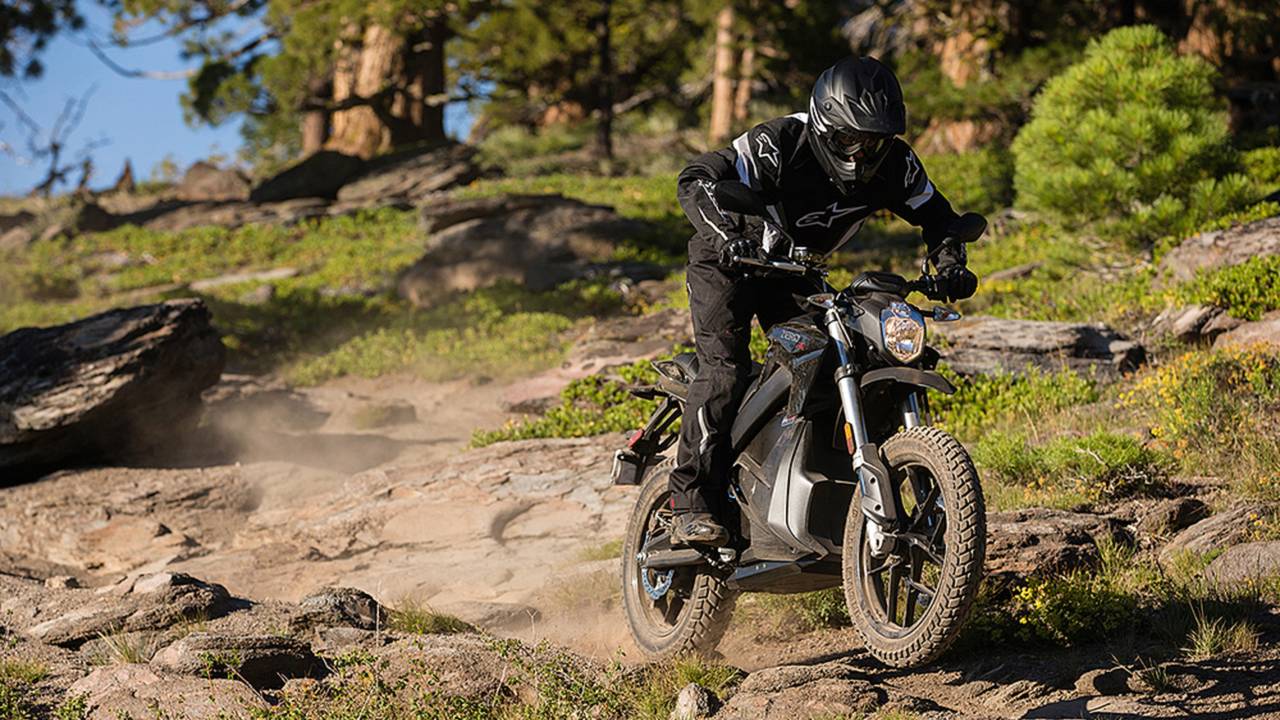 The 2016 Zero Motorcycles lineup is now 6 models strong, with 2016’s introduction of the FXS and DSR.

Zero’s Z-Force powertrain has some added improvements for 2016. Nothing earth shattering, but I’ve said it before, any improvement in the electric motorcycle field is worth writing about.

The new Z-Force Interior Permanent Magnet (IPM) powertrain now produces more power, cools faster and has a higher thermal capacity, “which translates into significantly improved performance during hard riding and allows higher sustained top speeds,” according to Zero. The lithium-ion battery packs, again according to Zero, boasts the highest energy density in the electric vehicle industry. At the moment, the highest output for the Zero lineup is 197 miles in the city and 98 miles on the highway (at 70 mph and with the Power Tank accessory).

The Zero lineup is now 6 models strong, with 2016’s introduction of the FXS and DSR (see link above). Most of the new bikes see roughly a 20 percent increase in range, but the important thing to mention is the new efficiency, as the bikes are increasing range will decreasing max capacity of the powertrain. For instance, a 2014 Zero DS ZF11.4 (which means it has 11.4 kWh of max capacity) had a highway range of 126 miles. Now for 2016 the same model has a range of 147 miles, but at a max capacity is lower than before, 13 kWh. The above numbers are for the mid range bike, the DS is also offered with a powerpack accessory which bumps up the 2016 model's range to 179 miles. All of this without sacrificing power, the bike still has 68 ft-lbs of torque.

“2016 marks our tenth year of pioneering electric motorcycles,” said Zero Motorcycles CEO Richard Walker. “In an industry where sales are pretty flat and breakthrough innovations hard to find, we continue to experience rapid growth by investing in technology that delivers excitement and a ride experience unmatched by anything.”

The accessory Charge Tank, which has the rider remove the battery pack to charge, can charge in about 2-3 hours. Still longer than a 15 minute stop at the gas station, but far better than the previous overnight charge time. Luckily, for those who already own a 2015 Zero bike, the charger can be added to cut down on your charge time without having to buy a new bike. It's only backwards compatible to the 2015 models.

“The 2016 line is the culmination of a decade of experience and leverages what we do best: create electric powertrains that deliver a thrilling ride,” said Abe Askenazi, Zero Motorcycles Chief Technology Officer. “The technology is sophisticated, but the way the power is delivered is simple and pure. Ride one, and you’ll understand why we are focused exclusively on electric motorcycles.”

A Zero is an amazing experience, no noise, no rumble, no clutch and no worries... well except for the range. Some models are super light weight, but all models are nimble. That being said, it’s not a cheap venture of as yet. Prices range form $8,495 to $15,995, depending upon model. Nothing more than the typical motorcycle market (H-D and Victory excluded), but compared to gasoline variants it's still pricey. The Charge Tank accessory is scheduled to hit dealers in spring 2016 and will have a suggested retail price of $1,988. The range-extending Power Tank accessory lists for $2,674.

Check out our full gallery of the 2016 Zero class: