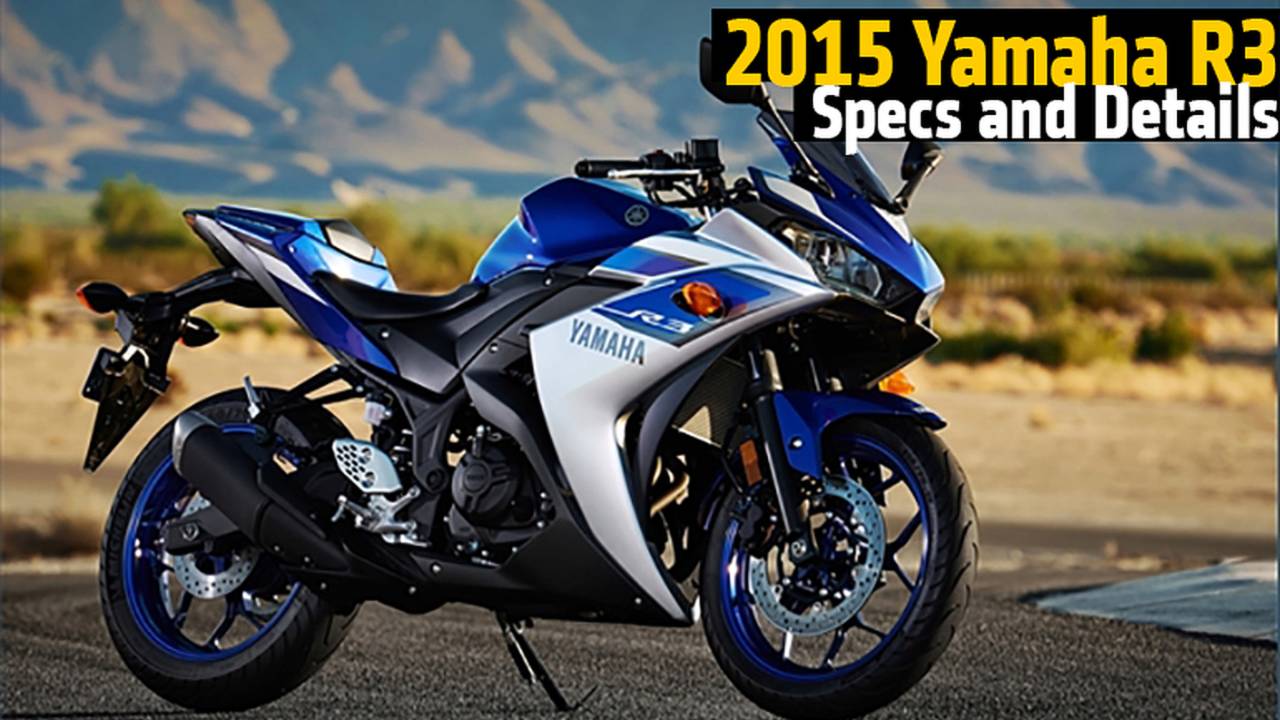 Before today, Yamaha's beginner bike was the 600cc FZ6R. While that's a fine platform, it’s hard to call it a 'starter bike,' per today's standards but the 2015 Yamaha R3 is here to change that. Honda and Kawasaki have done fantastic jobs with their entry-level sportbikes, the CBR300R and Ninja 300, both of which replaced previous 250cc versions. So, while Yamaha has been the last of the major importers to roll out a small displacement, entry-level sportbike, it might have done one of the best jobs with this latest release. Yamaha R3 engineers set their sights on the Ninja 300, creating a new force in road racing that will compete on regional levels, as well as the MotoAmerica Superstock class. The Yamaha Blu Cru racing contingency system announced its new road racing program in conduction with the Yamaha R3 unveiling.

Second biggest in its class if you include the KTM 390, the 320cc R3 uses a bored version of the parallel-twin 250cc engine. Luckily, Yamaha didn't simply say, "Hey America, you can finally get that bike we never sold here." Instead, it took that never-before-sold-in-the-US bike, the R25 and evolved it into the R3. Yamaha took that basic striation and cross-planed crank engine design and bored it, with 8mm more bore size (68mm up from 60mm) and new cam profiles. The new engine redlines at 12,500 and is estimated to make 42hp; that's what the European bike makes, but it has potential to have a different tune due to emissions and different calibration for noise restrictions (no one at Yamaha could confirm that).

The Yamaha R3 weighs in a 368 pounds wet and ready to ride. The offset two-banger is a four-valves per cylinder DOHC offset crank engine with forged pistons and an engine balancer. It should be a very smooth running bike.

According to Derek Brooks, Yamaha's motorcycle product planning manager, the engine is not the only thing that will make the bike fun. The swingarm has less flex than other bikes and the beefier forks help as well. "It wasn't developed as a race bike but definitely acts as well as a race bike," said Derek who also said the Ninja was Yamaha's main target. "The CBR is a more pure beginner's bike, with less power and more vibration. The Ninja is a better bike to begin with."

The Yamaha R3 definitely has a features list that knocks out most in its category with 41mm forks, 10-spoke aluminum wheels, gear-indicator, etc. It's still a steel frame, but with a longer, durable swingarm. In fact, the ratio of the length of the frame to the length of the wheelbase is the same as the Yamaha R1.

Well, there's the obvious, Honda and Kawasaki have been hitting this market hard and Yamaha hasn't had a bike like this in the States. The more economical answer however, is that Yamaha tallied the sales figures over the last few years and saw some money on the table. In January 2010, Yamaha found that there was a 60/40 ratio of supersport sales (think R1) over sport sales (think FZ6R) and now in August, 2014, the ratio is 40/60, with sport sales growing tremendously in the US. Time to go where the money is.

It's Big to Be Small

Now three manufacturers have increased their starter-bike displacement in the last two years, seemingly one-upping each other or just keeping up. KTM leads the way with the 390, but when will it all stop? What will limit the beginner class? "It's still an entry-level sportbike, that needs to be at a certain price point," said Bob Starr, Yamaha's General Manager of Communication. "Price will be a limiting factor, but size and weight are big too. If it gets to a 450cc, that'll get pretty big."

"But you also want a certain level of performance," said Starr. Yamaha asked the two-time World Superbike champ, Colin Edwards and wife Alyssa, to help unveil the bike with a comical video. "Here you have a guy at the top level and his wife who can ride, just doesn't ride often, and they're able to ride together, both having fun." Starr continued to say that he doesn't expect people to quickly outgrow the R3 and that the majority of the sales will be for beginners, "but if you're more experienced, you won't be disappointed."

We've only managed to sit on the bike, not even hear it run, but immediately, the seating position feels incredibly comfortable for a small-cc sportbike. The ergos place you back on the seat. Your legs are very close to each while straddling the chassis, but the seat is long and low, giving you room to get down on the tank when tucked. We can't wait to try it out against the competition; we have high hopes for this bike.

Retails starts at $4990, with three color options, blue/silver, red and black. Unfortunately no ABS offerings are available yet. The 2015 Yamaha R3 is projected to hit dealers' floors in March, 2015.