Ducati Shows Off 2015 Multistrada In Milan 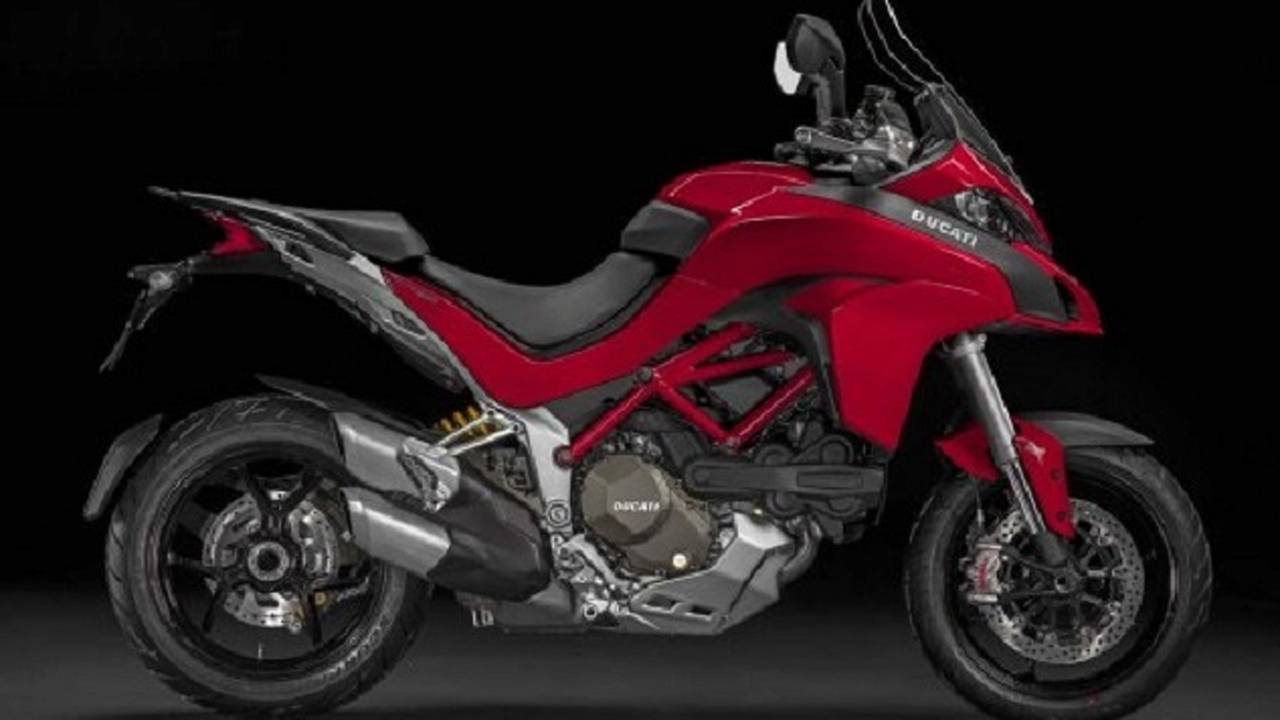 The new 2015 Ducati Multistrada with DVT and IMU.

Ducati unveiled their updated Multistrada today at EICMA in Milan Italy. Taking a shot at the title of most powerful ADV bike as well as adding some very sophisticated safety features Ducati aims for top bragging rights in the category.

The engine has been updated with Desmodromici Variable Timing (DVT) pushing peak output to 160HP and 100LBFT of torque. A bump of 10HP and 8.2LBFT the DVT also improves low end torque and fuel economy. DVT  features a variable valve timing system with independent control of both the intake and exhaust camshafts.

The Multistrada 1200 is outfitted with a new Inertial Measurement Unit (IMU). This new electronics package measures roll, yaw and pitch angles as well as rate of their change. The IMU enables the ABS to include a Cornering system capable of controlling braking even on bends where wheel lock would normally cause a loss of traction. Ducati's answer to KTM's MSC. It also enables control the Ducati Cornering Lights (DCL) that are full LED lights. The IMU includes Ducati Wheelie Control (DWC) with 8-level settings. The IMU also is integrated with the  semi-active Ducati Skyhook Suspension (DSS) Evolution (DSS) control system featured on the Multistrada 1200 S.

All versions of the Multistrada will come with electronic cruise control and the S will have an integrated Bluetooth module for connectivity to a smartphone. This system activates the Ducati Multimedia System with basic functions such as receiving incoming calls, notification of text messages, or playing music via the handlebar controls and on-dash info. Thanks to an iOS/Android app, the Bluetooth connection lets riders use bike data to activate other functions which enhance, extend or let them share their everyday riding or touring experiences; the app even allows interaction with the ducati.com website and social networks.