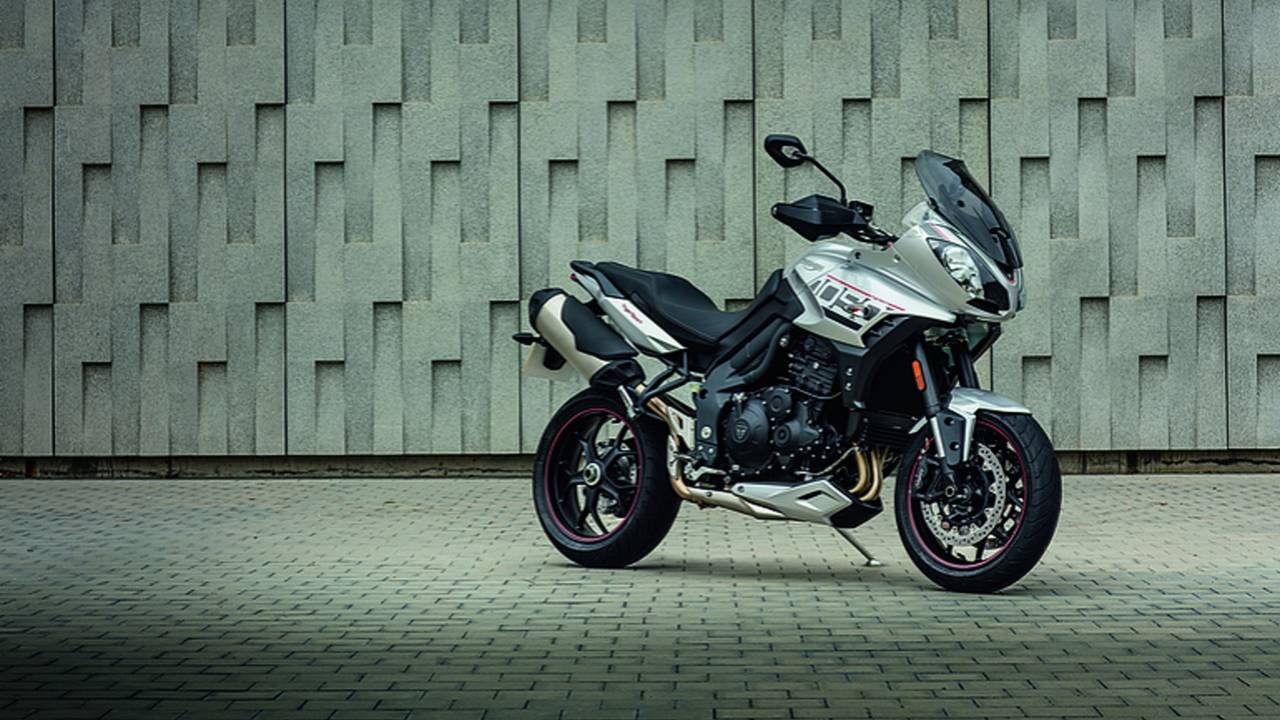 If wishes were fishes...

Triumph has pulled the cover off a dramatically updated Tiger Sport that looks set to compete against the likes of BMW's S1000XR in the fast-evolving adventure-sport category. Just don't expect to see it in the United States anytime soon.

The 1050cc Triumph Tiger Sport has been around in one form or another since 2007, earning a small but dedicated following—especially in Triumph's home turf of the United Kingdom. The new machine will likely build on that success, offering a new look and following Triumph's current trend of drenching its bikes in electronic whizzbangery.

The bike's official debut will take place this weekend in London, so official figures have not yet been released, but Triumph says the new Tiger Sport's reworked triple will offer more torque and improved fuel consumption.

The current Tiger Sport churns out roughly 123 hp and offers 77 ft-lb of torque. It's assumed that this new model will deliver a few more horses, while not surpassing the 140 hp of the 1050cc Speed Triple.

Meanwhile, whereas the current Tiger Sport is equipped only with ABS, the new model has been given an extensive electronics package that includes a new ECU and ride-by-wire system, traction control, multiple rider modes, cruise control, and (of course) ABS, which is now required in the European Union. The bike will also be equipped with a slipper clutch.

Triumph says it has responded to previous owners' qualms about the Tiger Sport's long-haul comfort and has equipped the bike with grippier footpegs, a tinted adjustable screen and handguards as standard.

Triumph bills the Tiger Sport as an all-in-one machine, capable of tackling the drudgery of a daily commute, or just as easily setting a course for the twisting roads of the Alps. To that latter purpose, Triumph says it has improved passenger ergonomics and load-carrying ability.

The Tiger Sport will be available in European dealerships early next week; however, American riders are out of luck. We've contacted Triumph's US team and have been informed that there are currently no plans to bring the bike stateside.

Once again, it appears US motorcyclists are not allowed to have nice things.