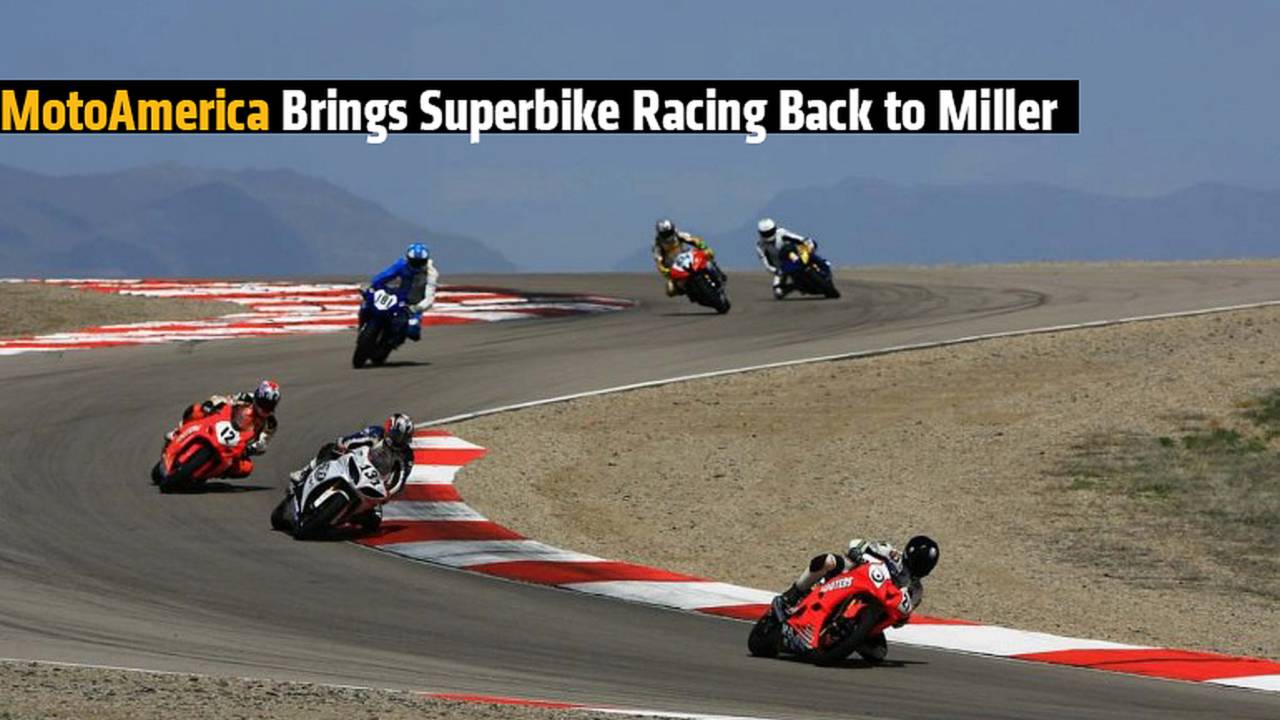 MotoAmerica announces the return of the AMA Superbike series to Miller Motorsports Park in Tooele, Utah.

Among the gaping holes in the AMA Superbike calendar last year was the lack of a trip to Miller Motorsports Park, one of the premier racing venues in North America. MotoAmerica is fixing that for 2015, having just added a round at Miller on the last weekend in June.

There was a race at Miller last year, thanks to John Ulrich's Superbike Shootout, but it wasn't part of the overall AMA series. The addition of the round to this year's lineup bolsters the schedule to a healthy 9 rounds, and adds an important second round for the Western half of the US.

The picturesque setting and big, challenging track layout have made the track a favorite for riders, teams and fans in years past. The mountain backdrop has provided both for some stunning photography, and changeable weather patterns. But moving the round to the end of June, rather than the traditional last weekend of May, should guarantee warmer and drier conditions than some Miller rounds experienced in the past.

It remains to be seen whether any further rounds will be added to fill the July gap in the schedule, or to bring more racing to the West coast. More racing in California, by far the biggest market for manufacturers in North America, will be vital to the long-term success of the series. MotoAmerica have said they are in constant talks with venues at this early stage to continue to develop the series.