Why Superbike Shootout Is The Best Idea Ever 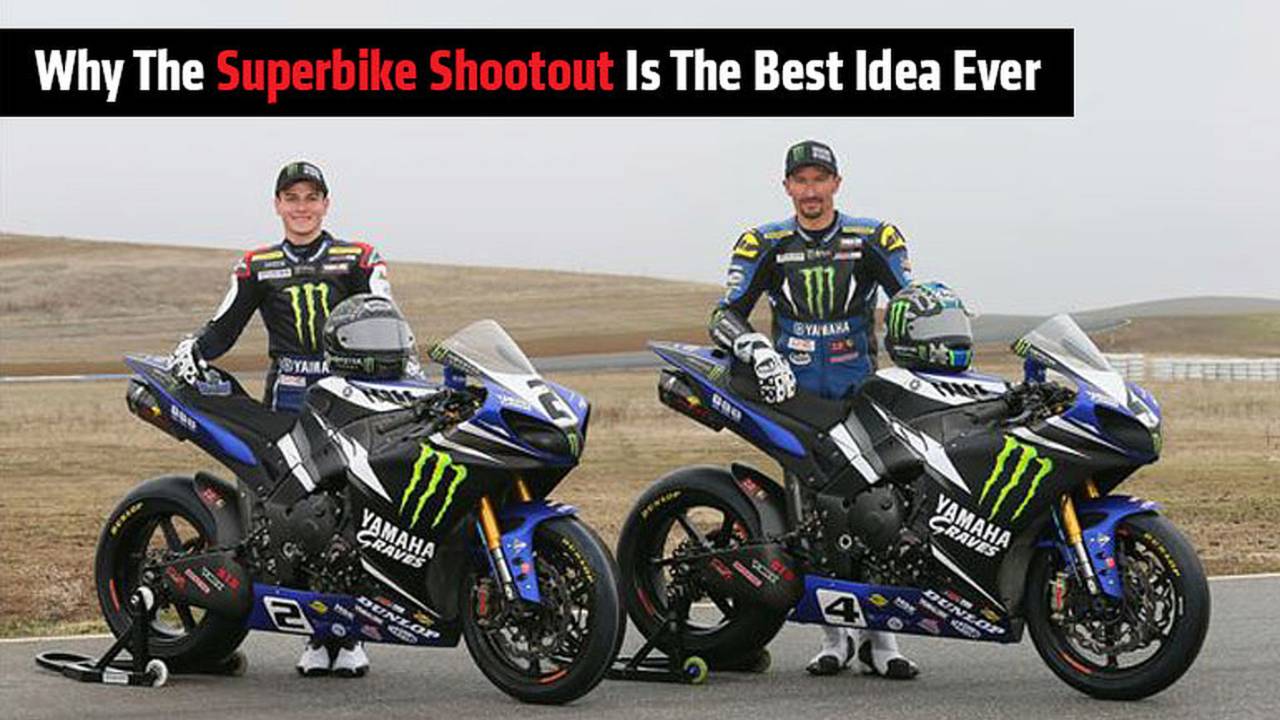 In a matter of weeks, the Superbike Shootout became a full-fledged professional series, even at only three rounds in its first season.

The AMA Pro Road Racing series has been struggling for years, ever since its takeover by the Daytona Motorsports Group (DMG). Perhaps the most damning evidence of this has been the dwindling schedule, which this year contains only six rounds, and that only after the late addition of Laguna Seca. Venues that have been mainstays of the US road racing scene for years are missing, including Road Atlanta, Miller Motorsports Park, Virginia International Raceway and Sonoma Raceway. Gone are many of the major sponsors, manufacturer participation, and international attention.

While the racing itself in the past few seasons has been excellent, it’s become more difficult than ever for fans to see it, thanks to lackluster television coverage and a broadcasting team that, with a few notable exceptions, varied from annoying to incompetent. This year, what little television coverage there was dried up entirely, and the races will instead be streamed online. While the level of talent in the American national series remains high, up and coming riders are finding themselves without a venue suitable to demonstrate it, and thus find their way onto the world stage.

Ulrich has been one of the pillars of American road racing for decades. As editor of Roadracing World and owner of Team Hammer, which has raced professionally for more than three decades, he’s seen the series go through its ups and downs. His experience and knowledge lend weight to his voice in the paddock, and he’s not one to sit around and gripe when there’s a problem.

Eyeing the incomprehensible 11-week gap between Daytona and Road America on the AMA Pro schedule, and noticing that (at the time) there were exactly zero rounds on the West Coast, Ulrich started making calls.

The dominos fell fast. Existing series operators (WERA, UtahSBA and AFM) jumped at the chance to co-host a round. Dunlop signed on to provide tire service. Geico Motorcycle came aboard as the title sponsor, and was joined by Yamaha North America as the presenting sponsor. MAVTV, operated by Lucas Oil Products, agreed to provide television coverage. In a matter of weeks, the Superbike Shootout became a full-fledged professional series, even at only three rounds in its first season.

The result is a three-round series dubbed the Geico Motorcycle Superbike Shootout presented by Yamaha, which has already drawn commitments from most of the top AMA teams. The Shootout will bring racing back to venues where it needs to be, with one round each at California Speedway, Sonoma Raceway and Miller Motorsports Park. Aside from filling a gap in the calendar, the Shootout also fills the void of racing for fans in California, which boasts the largest population of motorcyclists in North America. It gives riders and teams much-needed exposure for their sponsors, which will help ensure their viability.

It is too soon to tell the fate of the AMA Pro series, but many believe it to be in its death throes. If that is the case, then the organization of a new series, by someone with the vision, experience and connections to make it a success, could not have come at a better time. Even if the AMA series survives, it will have to give credit to Ulrich, and the Superbike Shootout, for providing an essential lifeboat.

Find out more about the new series at SuperbikeShootout.com