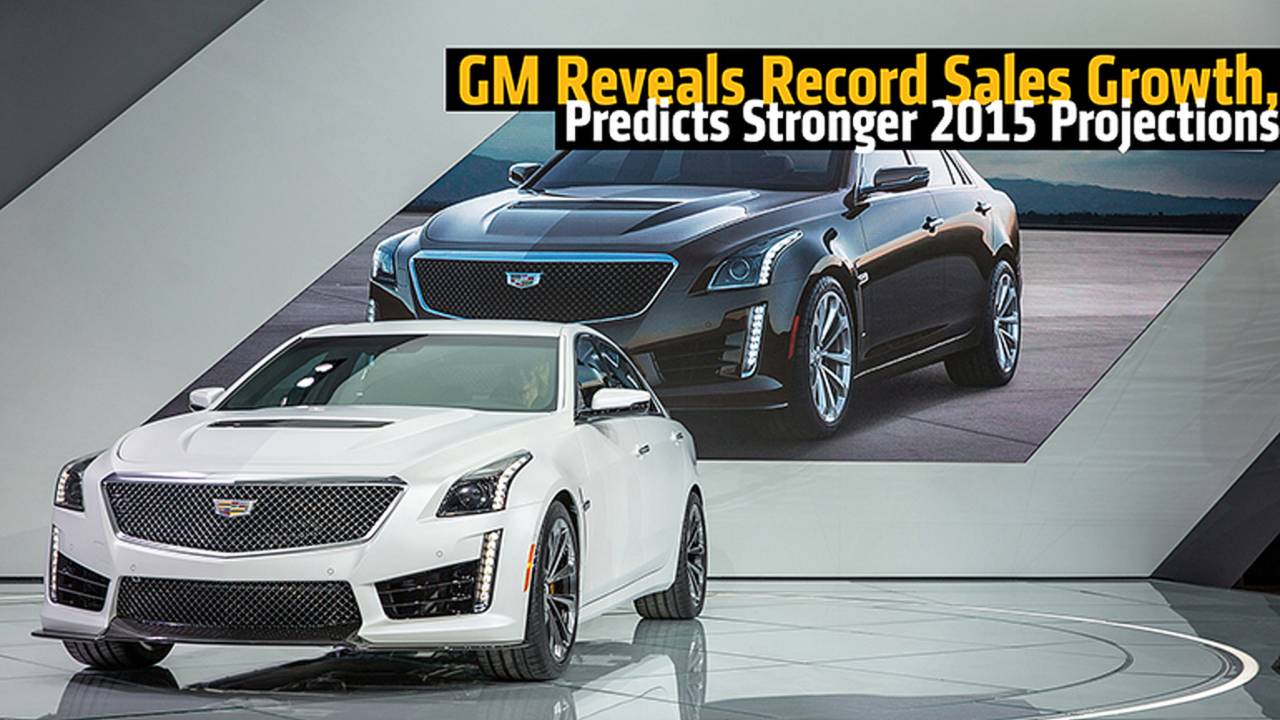 In an announcement released earlier this week, General Motors revealed that it successfully posted its second consecutive year of record global vehicle sales with overall deliveries growing 2.9 percent to a grand total of 9.9 million units that were sold during 2014.

Despite turbulent conditions in both the Russian and South American markets, General Motors claims that it expects overall profits to grow further in 2015. In a comment to reporters, CFO Chuck Stevens shares that GM projects sales growth by 3 percent and steady maturation in both U.S. and European markets. Stevens also notes the "profitable mix of cars" benefitting the domestic market, likely referring to Cadillac's introduction of new entry-level sedan and CUV lines.

Further paving the way to another lucrative year at General Motors, Cadillac is seeing a continually strong increase in sales, especially among the country's wealthier consumers, who usually prefer vehicles from rivals Audi and Mercedes-Benz. Exciting concepts like the Buick Avenir and Cascada alongside the ATS line could have GM at the forefront of the German dominated luxury segment. Furthermore, China's full profit potential was realized in 2014 when it became the largest sales market for the company—trumping the domestic market. The newfound success has set the stage for Buick and Chinese-exclusive Wuling, fanning the flames of growth for the brands.

If these recent sales figures and prosperity in the overseas market are any indication of the long term future for the company, expect General Motors to have an equally strong 2015 sales season.