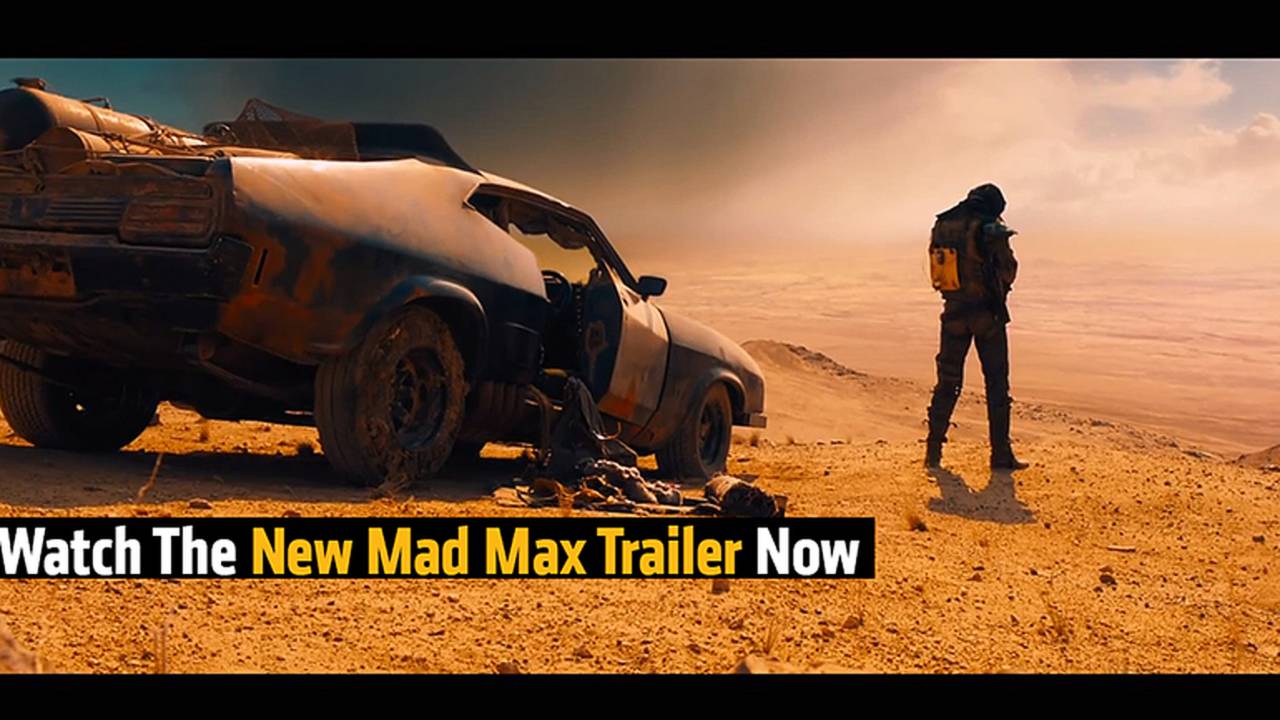 The New Mad Max Trailer Makes Me Want to Build a Monster Truck I was always intrigued by Mad Max, not just by the action, but the uniqueness of the...

I was always intrigued by Mad Max, not just by the action, but the uniqueness of the character. A movie my dad had me watch, playing as a rerun on TNT one late Sunday afternoon after an airing of Easy Rider which also had me glued to the screen. The first installment was slow-moving and I hated the family bits, but if I managed to not change the channel, the chase scenes, crazed biker gangs and the cafe-chopped motorcycles made it well worth it.

The original Mad Max was an outlandish, intriguing comic book-centric movie that seemingly transcended through different worlds, long before comic book movies were a blockbuster powerhouse like today. Max Rockatansky was a character we could all relate to (a family man with the day job as a cop), but driven crazy as the world around him crumbles and his pure-good is forced into pure-madness.

READ MORE:  The Bikes Of The Mad Max Trilogy. | RideApart

Luckily, this latest installment (said to be a sequel), was written and directed by the same guy who made the originals, George Miller. Hopefully Miller won’t give us the same exact story but just with a bigger budget and younger actors. From the looks of the trailer it’s hard to tell, as it seems the majority of the movie is based around a chase scene very similar to the first Mad Max sequel, The Road Warrior.

What is interesting and seemingly unique to this movie is what looks like the opening scene shown in the first trailer: a long-haired Max is immediately captured, tortured and tattooed with some sort of plot point, maybe a map?

Either way, the sheer eye-candy of explosions, make-up and acting will make the movie worth the ticket price, I just hope Miller pulls it off and makes a movie worth seeing as a rerun on TNT.

READ MORE:  The Risks of Not Riding a Motorcycle | RideApart

After watching the first couple teasers and trailers I didn’t realize Nicholas Hoult (think Hank/Beast from the latest X-Men franchise) is in the film, playing an almost unrecognizable role as a slave, wielding a sawed-off shotgun while chained to a car.

Another X-Men cast member, Zoe Kravitz, is also a star in Mad Max: Fury Road, playing Toast, who looks like one of Charlize Theron’s minions.

Finally, don’t give me that it’s-not-Max-unless-it’s-Mel-Gibson crap. Who played a better Batman? Val Kilmer, George Clooney or Christian Bale? What about Spiderman, Tobey Maguire or Andrew Garfield? Doubters should watch Tom Hardy in Bronson, if you think he's not up to the task of playing crazy-dangerous.

READ MORE:  Why Wearing Jeans On A Motorcycle Is A Really ... - RideApart