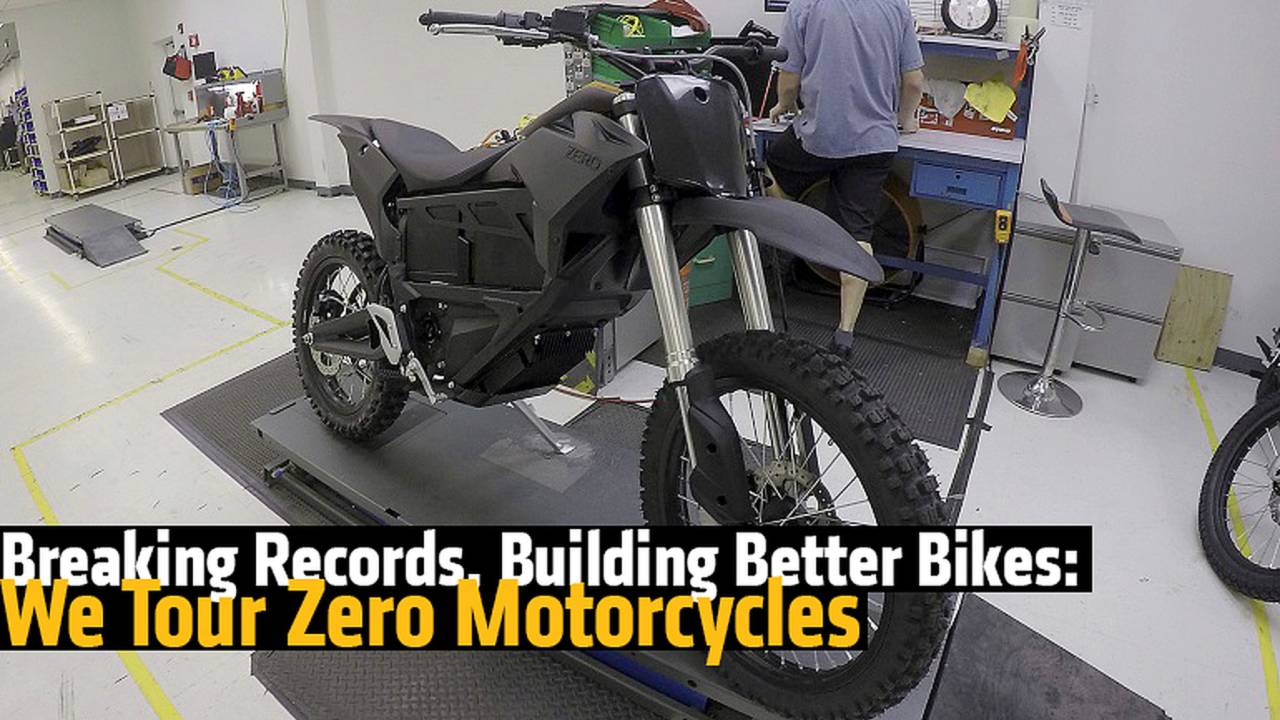 Learn more about Zero Motorcycles and their revamped 2015 models.

Every day, one can see that times are changing. Real-time communication is becoming easier and more convenient, Google put its first self-driven car on the road, and electric vehicles are gaining in popularity.

California-based electric motorcycle company, Zero Motorcycles, is making headway in the North American and European market place. In 2014, the company broke a personal sales record, and predicts that 2015 will be even bigger– the company has been expanding into international markets with the addition of seven new distributors.

“Our business is headed in the right direction, and the market is starting to come to us. Recent announcements by some of the larger motorcycle manufacturers—and our own experience—confirms the movement toward electric power is building momentum,” said Scot Harden, VP of Global Marketing at Zero. “Every year our products improve, the market responds and our business grows.”

So far, that is an impressive feat for an American company.

So, where exactly did Zero come from and how did they get to where they are today? To start, back in 2006, Former NASA engineer Neal Saiki started the company with the name Electricross. Its central location is in Scotts Valley, California: A prime location nestled on the outskirts of the Santa Cruz Mountains, which is known by motorcyclists to have the best twisty roads in all of the state.

Zero began making a line of dirt bikes such as the X and the MX, and started producing street motorcycles, beginning with the S, in 2009. Now, Zero has four motorcycles in its production line: The S, the SR (its sporty street model), the DS (the dual-sport model) and the FX (it’s considered a street, dirt, and all-terrain motorcycle).

Zero also has a strong market in its law enforcement and military models. Police officers have the choice of the Zero Patrol Fleet while the military has the Zero Military model, which looks a lot like their FX model (In my opinion, these seem like a smart choice for these individuals. Electric bikes are quiet so they can all of a sudden spring up on unsuspecting suspects!)

Zero appears to be a big business running a relatively small operation. When one thinks of a company manufacturing motorcycles on location, an image of big, automated machinery probably pops into mind—perhaps something like a rigid assembly line putting the parts of a motorcycle together. This is not the case at Zero, which is a pleasant surprise. Each bike is made at its Scotts Valley location and is each part is handled by human hands at one point —everything from making sure each battery is fully functioning, putting in wiring harnesses, assembling the suspension, putting on fairings, etc.

What differentiates Zero from its competitors is that the company has always focused on perfecting its street motorcycles and it continues to do just that heading into 2015. As previously mentioned, Zero is expanding and growing rapidly, and this is the year it’s stepping up its game when it comes to building high performance electric motorcycles. The company did a big overhaul in features for this year. All 2015 models come with cast-alloy wheels with Pirelli tires, and are equipped with Bosch ABS brakes.

Yes, that’s right: Stock ABS, which is a pretty nice feature to include. Another great feature is Zero’s upgrade to Showa suspension, which many sport bike manufacturers use as OEM equipment on their motorcycles. New models also got an improved user interface with better throttle response.

The final significant upgrade is an important one when it comes to electric bikes. Previously, a Zero motorcycle was able to get an average range of around 100 miles with a full charge. Now, it appears that the Zero S provides an average range of around 185 miles in the city. The FX model uses modular power packs that allow a rider to add a second module to the power system that doubles the range.

Another cool feature to these electric bikes is that a rider can charge them using any 110 volt wall outlet. For an additional cost, you can buy a quick charge system that will allow you to cut the charge time in half.

The prices for the 2015 Zero models range from around $10,000 to around $20,000 depending on what features a rider wants.  For those not very familiar with Zero or electric motorcycles in general, definitely check out their website for more information on specifics of the costs savings of owning an electric bike, and the retail costs of the bike actually isn’t so bad once you look at maintenance, gas, oil, valve adjustment, etc., one needs to do on a petrol powered moto.

If after reading this you are now more curious to know what Zero’s 2015 offerings are like, check back soon for the review on the 2015 Zero SR model, which will go more into detail on features and specs.