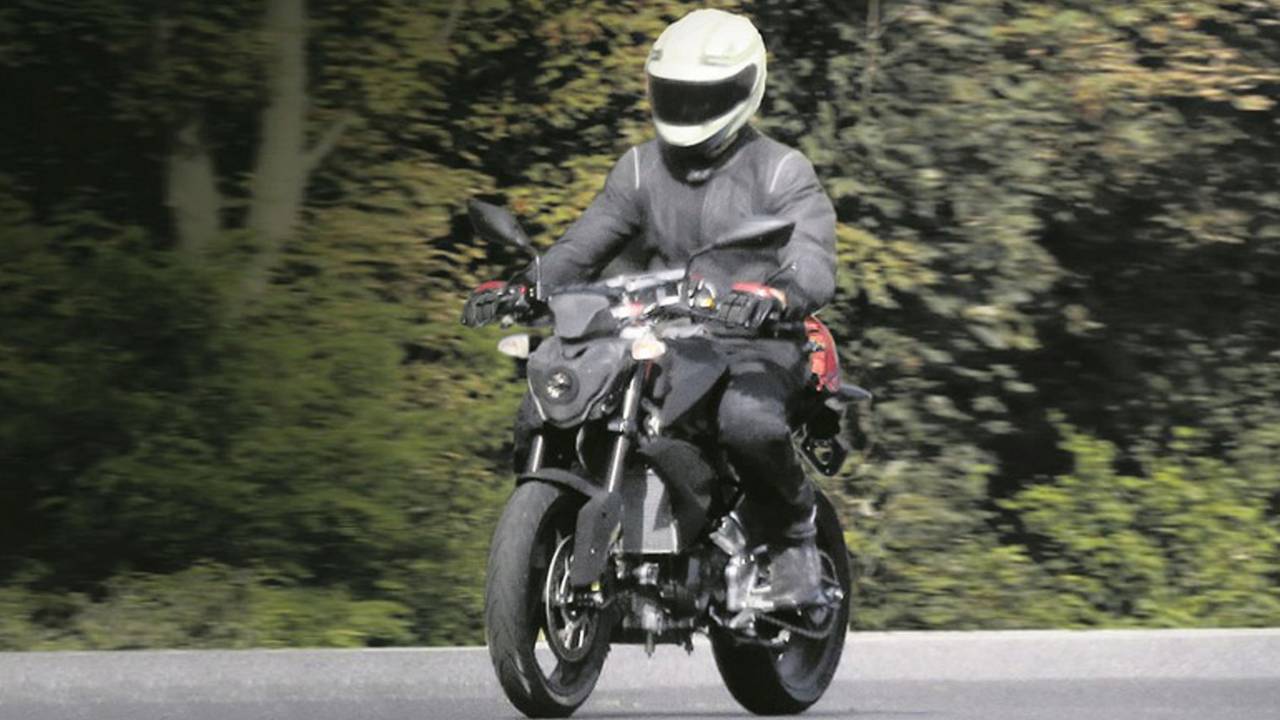 Spy shots of the BMW entry-level bike have emerged. Let the speculation begin!

Spy pictures of what's claimed to be an entry-level BMW bike have started floating around the Internet, along with the inevitable speculation that comes with it. We really hope this is for real.

The trail began for us here at RideApart back in April of last year when we told you about BMW's partnership with India's TVS. BMW's goal was to leverage TVS's manufacturing capabilities, allowing them to build sub-500cc bikes on the subcontinent at a low cost.

The prevailing thought was that the small displacement bike—or bikes—would be hitting global markets in Q3 or Q4 of 2015. Last May, India's Economic Times quoted TVS chairman Venu Srinivasan as saying that work was "under progress" and that the first bike would be ready by "the second half of next calendar year."

So we're getting a BMW-branded TVS Draken concept that appeared in the above RideApart article, right? Nope. This is the new BMW, according to the guys at British bike site MCN:

And from the rear:

As RideApart's resident Noob, I'll freely admit that the idea of a BMW for new riders got my heart rate up. I was stoked for good reasons (BMW's reputation for quality engineering and standard safety features, which is still lacking on many entry-level bikes) and, well, bad/poseur-y ones ("Look at me! I'm riding a BMW!") But the pictures...are underwhelming. Yes, it's a prototype of a naked bike, and it's a given that there's stuff that'll be added to production models, but that tiny little headlight KILLS it for me. And while no one expected the bike to be anything but a liquid-cooled machine, the other thing that jumps out (and not in a good way) is that boxy radiator.

READ MORE: ABS Systems on Motorcycles - Do We Need Them? | RideApart

It's a safe bet that BMW won't skimp on the features when the bike hits American and European markets. A BMW entry-level bike will, by definition, have some standards to live up to—and if the bike comes with standard ABS and even traction control, it'll be at the top of the entry-level price range.

A big part of the appeal of bikes like Honda's 300CBF, the new Kawasaki Ninja 300, and even the forthcoming KTM 390 Duke is that they offer new riders the opportunity to get into motorcycling without breaking the bank—and without running the financial risk that comes with buying a used bike (warranties are a beautiful thing.) It's hard to see even a 300cc BMW priced below $5,000; a $6,000+ price tag for a bike aimed at new riders does not sound like much of a bargain.

Still, I'm cautiously optimistic. If BMW is looking to gain a foothold in the small-displacement market, they're in a good position to hook a new generation of riders. BMW Motorrad has been aggressively marketing itself over the past year, even producing TV commercials. We're looking forward to seeing—and hopefully riding—the final version of this new bike.