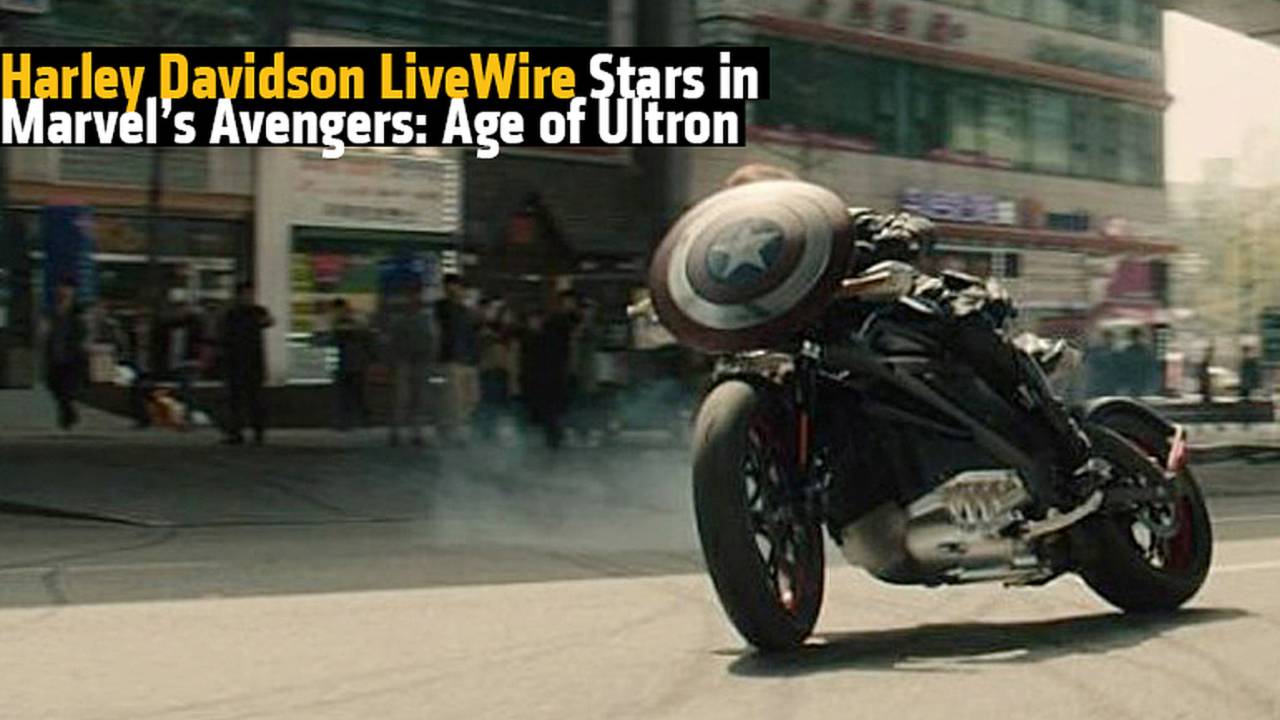 The Harley-Davidson LiveWire takes the spotlight in Avengers: Age Of Ultron. Learn more at RideApart.

Product placement – that fancy term for ruining a movie by almost transforming that piece of entertainment into product advertisement. Michael Bay has sort of mastered the art of overdoing it, and we also got a share of product placement overload in the James Bond movie Die Another Day. But if done right, it not only makes the producers happy with the additional funding that the product manufacturers bring in, but also results in a slicker movie with better production values. Some movies feature the products so elegantly to where we as the audience are glad to find the aforementioned product on the screens. Aston Martins in the 007 flicks are a perfect example.

Avengers: The Age Of Ultron is just around the corner and as geeks and action movie addicts count down the days leading up to this year's mega movie event, we as motorbike enthusiasts have one reason to turn up for the show on opening night.

We saw spy photos late last year of Scarlett Johansson's stunt double riding the electric bike around the set and also viewed a glimpse of the bike drifting in trailers. Recently released is the third trailer for Avengers: The Age of Ultron, seen below, which has new geekish clues to the movie's plot (like the eyes at the end?) and glimpses of Harley-Davidson's LiveWire.

Cap has ridden Harleys before. In fact, the all-American legendary bike has been the preferred stead for the man in the star-spangled outfit. He rode it in two of his solo outings – Captain America: The First Avenger and Captain America: The Winter Solider. The first Avengers movie also featured him riding one in a responsible manner, unlike the other two instances that featured massive action set pieces with the bikes.

The Harley Davidson LiveWire is still a concept – a running and fully functioning one at that, and Harley is still exploring the possibilities of making it a full-on product that can be picked up at the dealership. Whether it will make the cut or not is still in the dark. But it will certainly be getting loads of attention as its seat will be taken not just by Captain America in Avengers: Age of Ultron. We also get to see Scarlett Johansson being dropped from the Avengers Quinjet.

We can't wait to watch this movie.