Talk about a sore butt.

Swiss rider Urs “Grizzly” Pedraita has set a new world record for riding a motorcycle around the world.

Grizzly managed to ride his modified Victory Cross Country Tour across all the populated continents (obviously he didn’t ride across Antarctica) along their longest axis in 119 days and 21 hours. The previous record was 120 days and 2 hours, set by British adventurer Nick Sanders.

However, it’s worth noting that Sanders’ record time eliminates all the downtime hours and days spent at airports/harbors where the bike had to be transported across an ocean. Whereas Grizzly’s record time includes all those “time stops.” 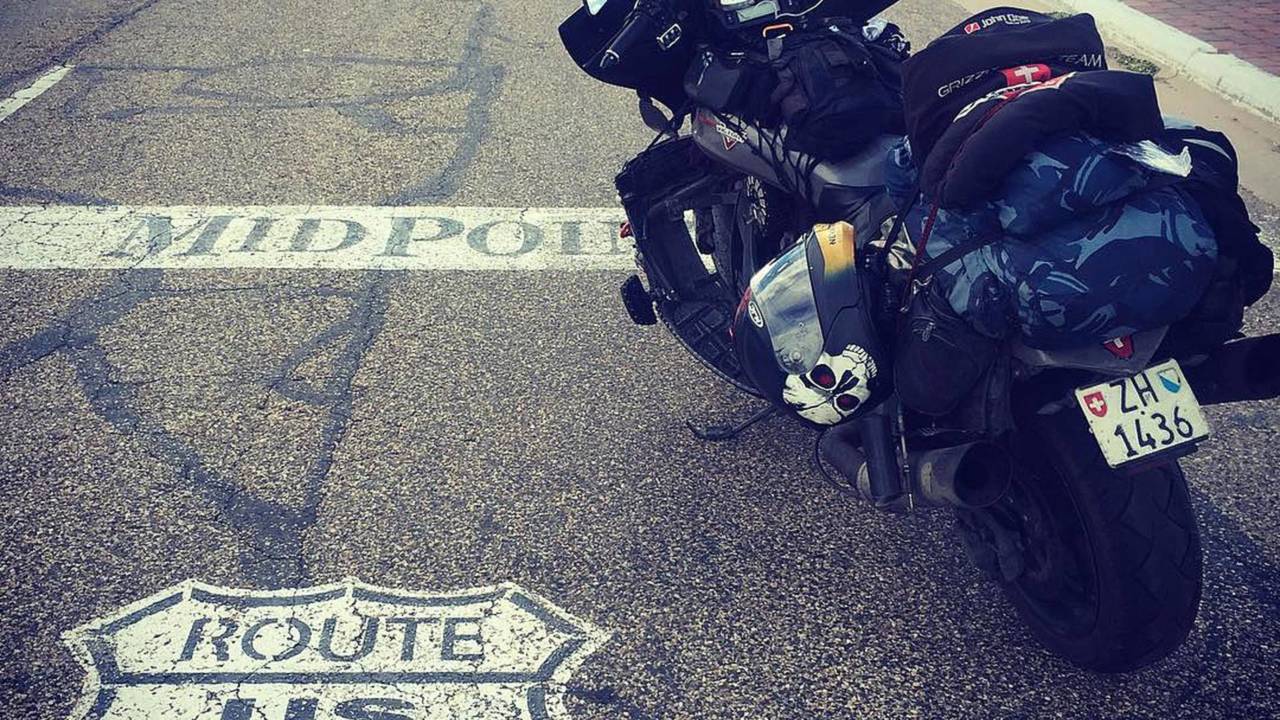 Grizzly says he feels it’s more honest to include the time spent twiddling his thumbs waiting for red tape to untangle.

“The spirit of the pioneers of the past is re-established,” he said upon completing the ride. “There is no place for time stops in this kind of adventure.”

The Swiss world traveler’s adventure began on 12 March in Daytona, Florida, and saw him immediately speeding west, then south to tackle the South American continent. After spending a frustrating amount of time dealing with Chilean officials he sped across Australia in a matter of days. 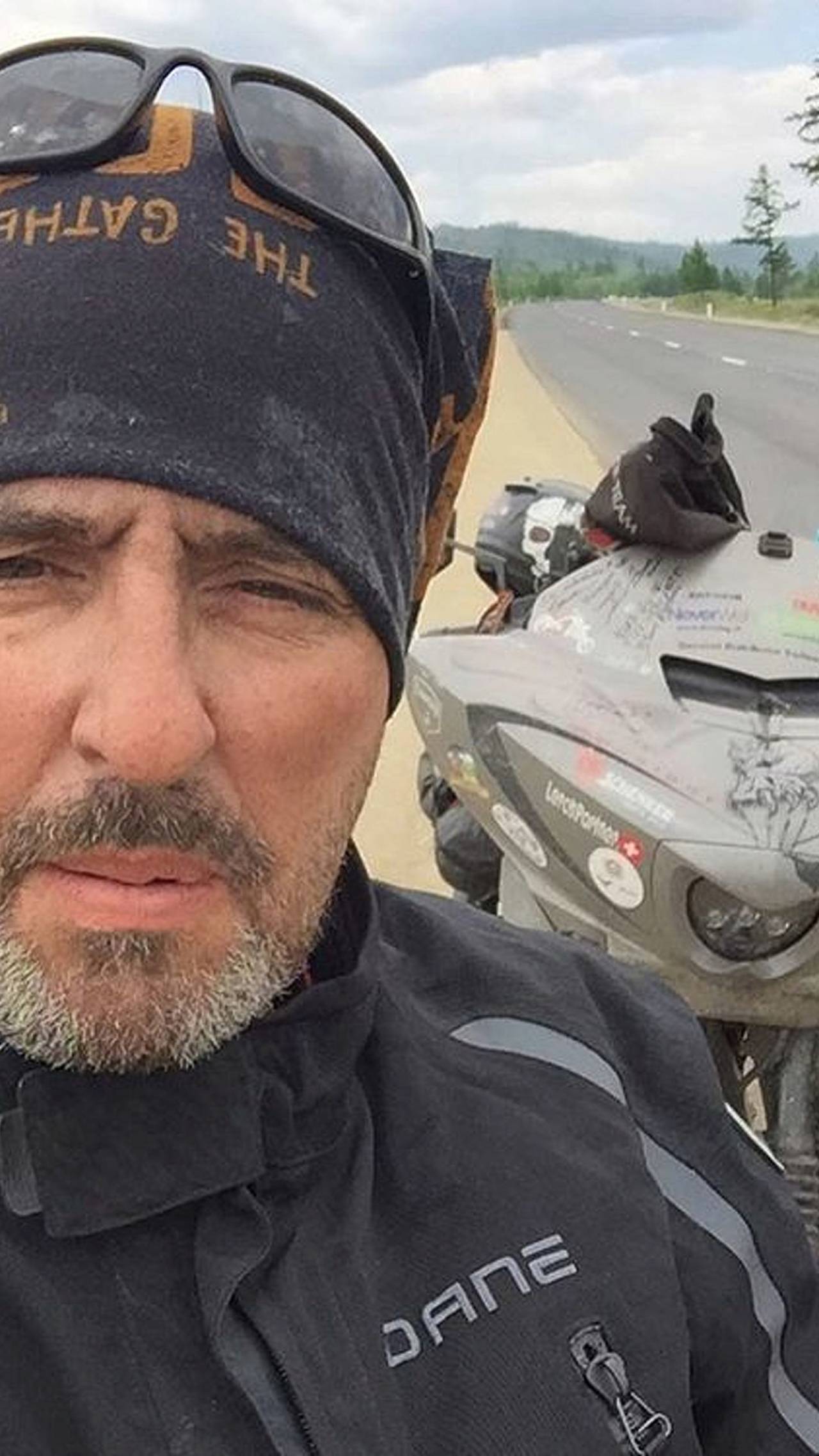 From there he flew through Africa then hustled through Europe at breakneck pace. In Finland he ran into a reindeer at roughly 60 mph. The animal was unfortunately killed but Grizzly and his Victory were able to press on – across the width of Russia, then cutting south to Singapore before hopping a plane to Alaska.

The final stage, completed in an astonishing nine days and 1 hour, saw Grizzly zip from Anchorage up to Prudhoe Bay, Alaska (which meant tackling the infamous Dalton Highway), then down through Canada and zig-zagging the United States to take in some of Route 66 before turning toward his final destination of Daytona, where he arrived on 10 July.