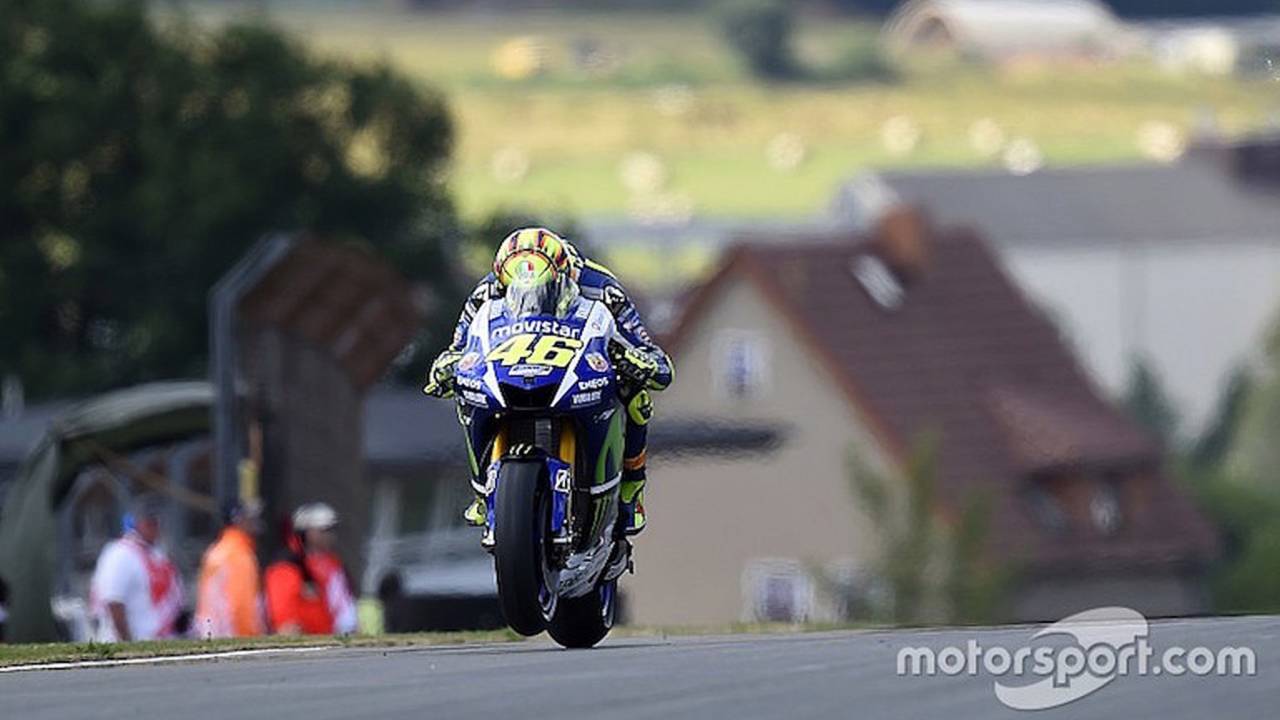 Valentino Rossi believes that the new Michelin rubber will create a lot of uncertainty during the Sachsenring MotoGP round due to the particularities of the track.

The German venue is largely dominated by long and fast left-hand turns, and has been a happy hunting ground for Honda, the Japanese marque boasting six MotoGP wins on the trot at the track - three by Dani Pedrosa in 2010-2012 and three by Marc Marquez in 2013-2015.

However, Rossi is unsure the balance of power will remain the same this year, following MotoGP's switch to Michelin tires and new control electronics.

"Last year I finished on the podium behind the two Hondas, but during all the weekend I was quite competitive and also in the race I arrived quite close," Rossi noted.

"In the last years, this track has been very good for Honda, they were a bit more competitive compared to Yamaha - but we have to understand this year if it's the same or not.

"It's also a good track for the two Honda riders - both Pedrosa and Marquez like this circuit, so they are both very fast - but we will see. We will see the conditions and, with the new electronics and the new tires, the feeling with the bike in this track."

Rossi also insisted that the behavior of the Michelin tires at Sachsenring would be "a big question mark" as the track has previously caused problems for the Bridgestone tires.

"This track is very particular, it's a very different track compared to all the other tracks," said the Italian.

"It's very difficult for the tires and, in the past also with Bridgestone, we had a lot of problems to fix, especially because it's all on the left, so you need a very hard compound on the left.

"After you have two or three corners on the right and this is also quite a dangerous situation.

"For this reason it's a big question mark, to understand the Michelin tire here and the way it will work. Everybody will wait for tomorrow to try and understand if they have a good feeling."