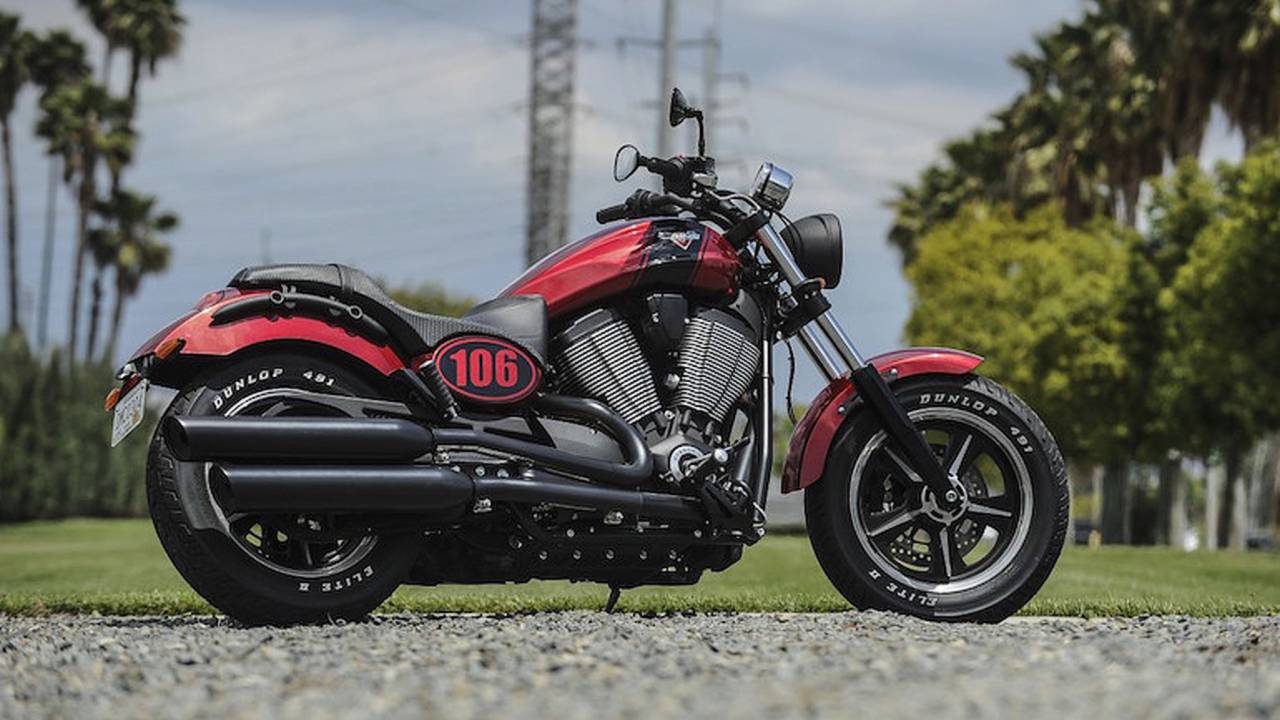 Victory Motorcycles has reduced its EMEA line-up to just four models for the 2017 model year, saying that forthcoming Euro IV emissions regulations are the reason behind the scrapping of nine models.

EMEA stands for “Europe, Middle East, and Africa” – so a pretty sizeable chunk of the planet. Though, Europe is the dominant part of that market when it comes to riders of large-engined motorcycles (i.e., 500 cc and larger).

Emissions standards being enacted in the European Union are putting the squeeze on all manufacturers. Euro IV regulations have already been cited as the reason for Kawasaki’s ditching the W800, Yamaha booting the XJR1300, and Honda removing the CBR600RR from its EMEA line-up. Potentially dozens of other models could also be missing from showroom floors once Euro IV is enacted on 1 January 2017.

Meanwhile, the only models to remain in Victory’s EMEA line-up will be the Octane, the Gunner, the High Ball, and the Judge. The latter being a model that was dropped in the United States only two years after its late-2012 launch, but which has remained popular in other markets.

Keen observers will note that the Gunner, High Ball, and Judge all use the same platform as a base. They are also Victory's only “big twin” cruiser models in the EMEA region to be equipped with anti-lock brakes, which is a feature that is also required by EU law.

Losing so many models may actually work to the brand’s benefit in the EMEA market, where it has struggled to build a real identity among European riders who are less cruiser focused and generally prefer their touring bikes to look like the BMW R1200GS (Europe’s best-selling motorcycle).

“Victory’s concentrated line-up reflects the 'Modern American Muscle' messaging you will have seen,” said Marion Chouanneau, who is Victory Motorcycles’ Marketing Manager in the EMEA region.

Chouanneau added that Victory is “an important component of Polaris’ dual brand strategy" and that Victory’s product line-up will continue to evolve and has already begun to do so with the most recent addition of the Octane.

Meanwhile the North American line-up will continue to carry all of the aforementioned models (excluding the Judge), as well as the electric-powered Empulse TT.